A mixture of solid, semi-solid and liquid metal..Scientists dispel common belief about the Earth’s core

A deeper understanding of the Earth’s inner core will help scientists understand the relationship between the planet’s interior and its magnetic activity.

For more than half a century, the scientific community has believed the Earth’s inner core to be a solid, compressed ball of iron surrounded by a liquid outer core, but new research indicates that it is made up in parts of solid, semi-solid, and liquid metal.

Jessica Irving, a seismologist at the University of Bristol in England, who was not involved in the study, says: Expected “Life Science(Live Science) in a report published on October 26, “The more we look at it, the more we realize that it is not a solid ball of iron… We are discovering a whole new hidden world.”

In fact, the Earth’s inner core remains as mysterious as it was when Jules Verne published his book A Journey to the Center of the Earth in 1864. Although scientists have known since the 1950s that our planet is not as hollow as Verne predicted, the planet’s interior remains unexplored; The enormous heat and pressure are simply too great for any probe to sink there.

“Unless something catastrophic happens to our planet, we will never have a direct view of the Earth’s core,” says Irving.

Instead, geophysicists rely on seismic waves produced by earthquakes. By measuring these massive vibrations, scientists can reconstruct a visualization of the planet’s internal structure in a “like tomography” way, Irving says. These waves come in two main forms: straight pressure waves and shear waves. undulating, where each wave can accelerate, decelerate, or bounce off different media as it travels through the Earth.

For Rhett Butler, a geophysicist at the Hawaii’i Institute of Geophysics and Planetology and co-author studying Published in the journal Physics of the Earth and Planetary Interiors, the new study began in the form of a question about mismatched numbers, as Butler was looking at how seismic waves generated by large earthquakes in 5 Various locations across the Earth’s core to the opposite side of the globe.

But something was not right; The seismic shear waves that were supposed to pass through a solid ball of metal were instead deflected in certain areas. These numbers surprised Butler, who knew that the calculations of seismic waves were correct, which could only mean one thing. Scientists are wrong about the structure of the Earth’s core.

“When you work in this field, you have to match the data,” Butler says. So Butler and his colleague reevaluated their basic assumption that the Earth’s inner core was all solid, and discovered that the waves they observed would be true if the core contained pockets of semi-soft and liquid iron. steel near its surface.

A revolution in understanding

Iron’s viscosity range was particularly remarkable, according to Butler. “We’ve seen evidence that it is not only completely soft, but hard in some places. It has hard surfaces corresponding to molten or soft iron. So, we see a lot of detail in the inner core that is not We’ve seen it before.”

This research could revolutionize our understanding of the Earth’s magnetic field. While the outer core (which is made up of swirling fluid) drives our planet’s magnetic field, the inner core helps to modulate the field, according toresearch It was published in 2019 in Science Advances.

Other planets, such as Mars, have a fluid center but lack both an inner core and a magnetic field, according to research by NASA, so Butler and Irving believe that a deeper understanding of the inner core will help scientists understand the relationship between the planet’s interior and its magnetic activity.

Chinese anger after a US destroyer crossed the Taiwan Strait.. Washington: We fly and sail anywhere permitted by international law 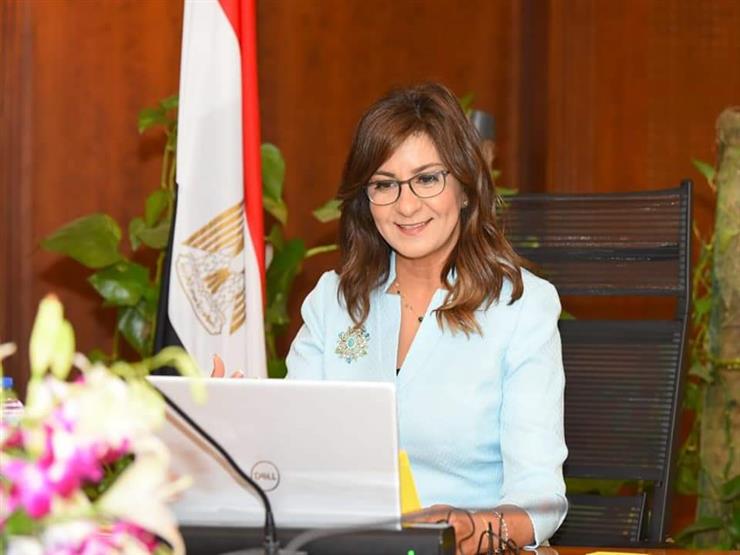 Family House Celebration.. The Minister of Immigration launches the Good Offspring Initiative in cooperation with “Why Family” in Al-Azhar

Beyond the news – the refugee crisis on the Polish-Belarus border… Will it turn into a military conflict?