After the escalation of the migrant crisis on the borders of Belarus and Poland, Russia supports Minsk and moves its planes, and NATO supports Warsaw

The Europeans blamed the Belarusian regime for the migrant crisis at the Polish border, amid calls for a Security Council session, and the North Atlantic Treaty Organization (NATO) confirmed its support for Poland, while Russia flew two strategic bombers over Belarus.

European Commission President Ursula von der Leyen said today, Wednesday, that migrants are being used as a weapon at Poland’s borders to destabilize Europe, adding that there is an urgent need to find a solution to the status of asylum seekers at the borders of the European Union.

The head of the United Nations High Commissioner for Refugees, Filippo Grandi, said that it was unacceptable for some countries to encourage irregular migration movements, adding, “We reject hate speech against refugees at the borders of Belarus and Poland.”

Polish Prime Minister Matosz Morawiecki held a joint press conference with European Council President Charles Michel – who is on a visit to Warsaw – and Morawiecki said, “What we are facing here – and we must be clear – is a form of state terrorism.” Referring to neighboring Belarus backed by Russia.

The Polish prime minister also called for a ban on flights from the Middle East to Belarus.

Michel said that new sanctions against Belarus are “on the table”, and that EU member states will discuss this issue next Monday.

He added that there is a need for a united and firm European stand against Belarusian attacks on the European Union countries, as he put it.

In this context, representatives of the European Union countries agreed today, Wednesday, to expand sanctions imposed on Belarus to target the regime, according to diplomats, in a legal step that paves the way for the foreign ministers of the 27 countries to agree to add a group of individuals and companies to the blacklist during their meeting next Monday.

Michel also touched on the issue of European funding to build a fence in order to prevent the crossing of migrants, which is demanded by Poland and other European countries, but the Commission has rejected it so far, saying that it is “legally possible” for the European Union to finance such infrastructure.

Estonia, France and Ireland have requested an emergency meeting of the UN Security Council on the crisis, and diplomats said the council could hold a closed session on Thursday afternoon.

In Geneva, the United Nations High Commissioner for Human Rights, Michelle Bachelet, expressed her dismay at “the presence of large numbers of migrants and refugees who are left in a desperate situation in near-zero temperatures at the border between Belarus and Poland.”

Bachelet urged the countries concerned to “take immediate steps to contain the escalation and find a solution to this intolerable situation.”

Today, Wednesday, NATO held a closed-door meeting in Brussels, and an alliance official said after the meeting that Poland had informed its partners in the alliance about the migrant crisis, adding that the allies had made it clear that Belarus bears responsibility for the crisis, and that it was using migrants as a “inhumane, illegal and unacceptable hybrid tactic.”

“NATO stands ready to provide further support to our allies and maintain the safety and security of the region,” the official added.

In the context of the response, the Kremlin spokesman described the situation on the Belarusian-Polish border very tense, and the spokesman also expressed Moscow’s grave concern about the migrant crisis at the border.

The Russian spokesman criticized the Polish Prime Minister’s statements, which accused Russia of also being responsible for the crisis, and believed that Poland’s closure of its border with Belarus would complicate the situation, and could only be classified as a new attempt to stifle Belarus.

“The situation is not calm,” said Polish Defense Minister Mariusz Blaszczak, and said that after a large group of migrants tried to storm the border last Monday, small groups are now attacking in several places simultaneously, accusing Belarusian forces of intimidating migrants to push them to breach the border.

On Wednesday, German Chancellor Angela Merkel called on Russian President Vladimir Putin to “exercise his influence” with Belarus in order to put an end to what she considered the “inhumane” exploitation of migrants, after a similar European call.

Belarusian Foreign Minister Vladimir Makei said – during a meeting with his Russian counterpart Sergei Lavrov in Moscow – that the European Union caused this crisis to use it as a pretext to impose new sanctions on his country, calling for a “joint reaction” with Russia, noting that the European countries’ accusation of his country is behind The influx of asylum seekers is unfounded.

“Minsk and Moscow have actively strengthened their cooperation to counter the campaign against Belarus launched by Washington and its European allies in international organizations,” Lavrov said.

Lavrov called for a solution to the crisis through dialogue, adding that Belarus had repeatedly offered to hold a dialogue with the European Union to resolve this crisis, without the EU countries responding to its calls. 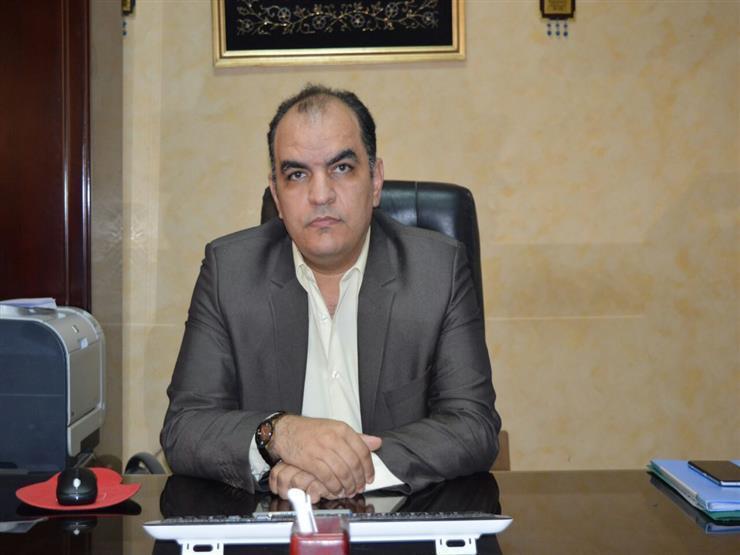