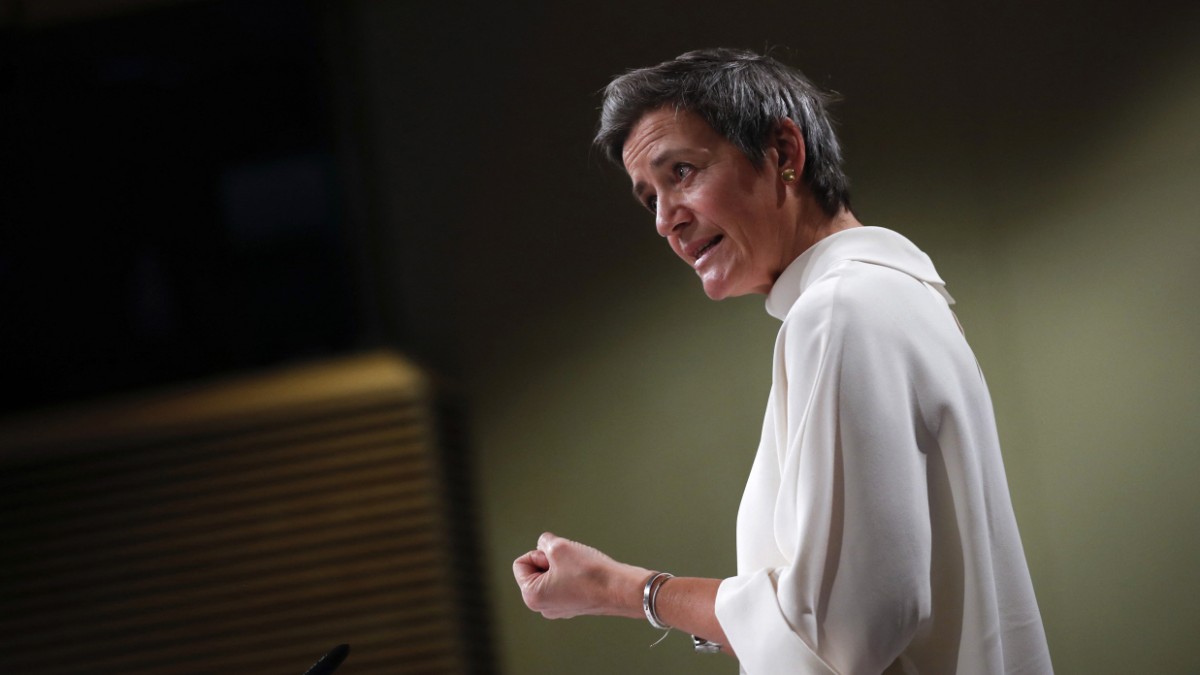 Margrethe Vestager, Commissioner for Competition of the European Union since 2014, has made a name for herself as an intrepid fighter against the tech giants from the USA. Her confrontation with Apple boss Tim Cook, who reportedly raged in early 2016 during a conversation with the Dane in her Brussels office when it came to Apple’s tax payments in Europe, is legendary. A little later, Vestager’s authority ordered Cook’s group to pay Ireland an arrears tax of 13 billion euros. That was the biggest day of the Danish Liberals. Her worst day was probably July 15, 2020. During a commission meeting, she was handed a note: The European Court in Luxembourg had overturned the sentence against Apple.

On this Wednesday morning, Margrethe Vestager was again at a meeting of the commission, as one of Ursula von der Leyen’s deputies, she even chaired the meeting. And again a message was sent to her from Luxembourg. This time the message was: victory. The General Court of the EU (EGG) has upheld a competition fine of 2.42 billion euros against Google. It was a few billion less than in the Apple tax case. But in their attempt to contain the market power of US tech companies in Europe, Wednesday’s verdict may be even more significant.

In the current case it was about the Google price comparison service “Shopping”. Google abused its market power by favoring its own price comparison service in search results through positioning and design, thereby penalizing the results of competitors, Vestager said when she explained the penalty to the public in 2017. Google objected in court that they had only improved the service for its customers. The Luxembourg judges see it differently. The group is not about putting better search results over worse ones – but rather about preferring its own service, it said in the judgment. Google’s search engine is also not in competition with trading platforms such as Amazon – a search engine is an “infrastructure”, the judges insisted. In this respect, it is “abnormal” if your own search results are preferred to external ones.

The ruling only applies to the shopping search market

Google and its parent company Alphabet were confirmed by the court on only one point: contrary to the Commission’s assertion, no anti-competitive effect on the general market for search services was found in this case. The ruling therefore only applies to the market for shopping search services. Google can take action against it at the European Court of Justice (ECJ). It was initially unclear on Wednesday whether Google would do this. The group initially only announced that fair conditions had already been ensured in 2017 after Vestager had pronounced the penalty, a claim that competitors contradict.

Margrethe Vestager will feel confirmed by the judgment. Since 2017 she has been taking action against Google with competition fines, some of which are historic. The three add up to more than eight billion euros. The case of Android, the most widely used smartphone operating system in the world, is about 4.34 billion euros. With “illegal restrictions” on the use of its mobile system, Google cemented the dominant position of its search engine, Vestager justified the penalty in July 2018. The group has to change its business model. Eight months later, 1.49 billion euros were added: In search engine advertising in Google’s “Adsense for Search” service, other providers were inadmissibly hindered, the commission said. With “Adsense for Search” websites can integrate the Google search engines and provide something in return. These two cases have also landed in court, and decisions are still pending.

EU politicians welcomed the verdict on Wednesday. Green MEP Sven Giegold spoke of a “success for fair competition in the digital economy”. He added, however, “Don’t be under any illusions, the fine is hardly painful for Google.” The CDU MEP Andreas Schwab said: “We stand for open markets and fair competition and will impose our principles on all companies from all over the world. Today’s judgment of the EU court proves that the European Union is capable of this.” With the law on digital markets (Digital Markets Act), the EU will now ensure that the EU Commission can intervene in the future before damage to competition occurs.

Margrete Vestager presented the law in December 2020, it is currently being discussed in parliament. The law will define so-called “gatekeepers” who, due to their sheer size, can prevent competitors from entering the market. These platforms are to be strictly regulated and supervised by the EU Commission. They should be expressly forbidden to prefer their own services. “If we see that a gatekeeper breaks the rules, we can impose penalties,” announced Vestager. “If it keeps breaking the rules, we can demand structural changes”. Commissioner Vestager and Google will probably meet more often. The President of Lebanon receives cables of congratulations on independence from the Russian President, the King of Jordan and the Emir of Qatar