Women and planning have a close relationship.. Inspirational Qatari models tell their journey during the Conference of City and Region Planners

Doha – Qatari Mariam Zainal did not know that her childhood, which she spent in reconciling studies and taking care of arranging her games and placing them in their designated places, would be a reason for her passion and love for planning that completely changed her life and made her one of the planners and urbanists of whom the State of Qatar is proud.

Various personal and life situations with planning that Maryam lived through, since her childhood, were enough to ensure her passion and attachment to this profession, and gave her the ability to learn and develop until she became one of the most prominent speakers at the 57th conference of the International Association of City and Region Planners (ISOCARP) currently being held in Doha.

Maryam Zainal, who holds the position of Head of the General Planning Department in the Urban Planning Department at the Ministry of Municipality and Environment in Qatar, believes that urban planning as a profession has nothing to do with women or men, and that women are more special in planning than men.

Maryam says – in a statement to Al Jazeera Net – that planning has been present in her life since her childhood without feeling; She used to organize her games, arrange them and poison them, as well as allocate special places for dolls and others for brides, and she does the same now with her children.

She adds that her profession is an urban planner that affects her whole life and actions. She is very practical and does not do anything, whether at home or at work, without prior planning, whether it is related to hiking, traveling, studying and other things.

Maryam stresses the importance of activating the role of women in a more serious manner by emphasizing the self-confidence of the planner in the field of work, and not allowing to obstruct her path, as well as supporting small planners, in addition to holding workshops for plans and urbanization.

During the Women and Planning session held on the sidelines of the City and Territory Planners Conference, Maryam emphasized the importance of events bringing together professional women in planning and decision-making from all over the world, of different ages and diverse fields including practitioners, academics, government officials, government officials and planning professionals.

The young Qatari engineer, Moza Al-Obian, was no less attached and passionate about the profession of urban planner than Mariam Zainal, as she worked hard and graduated this year from the Urban Planning Department at the College of Engineering, Qatar University.

Moza, 22, showed great brilliance in urban planning during his studies, which made her graduation project “Living Name” win 3 different awards, the most recent of which was the Encouragement Award from the 57th Conference of the International Association of Town and Region Planners.

The project, which won the University Award and the Arab Office for Engineering Award as well, is based on the idea of ​​reconsidering Qatari homes and neighborhoods, and developing them in a manner that suits modernity and preserves identity, customs, traditions and privacy as well.

Moza says – to Al Jazeera Net – that the City and Region Planners Conference Award is the most important for her now because it is global, and it is linked to the Ministry of Municipality and Environment, which supported it during this period to deliver its message.

The young girl dreams in the future of applying what she has studied on the ground, and to leave a distinguished impact for her and her country in this field, as well as completing higher studies and continuing development to serve Qatar.

She believes that planning is linked to the human being in general, and that women are more accurate in this matter, especially in matters related to achieving privacy, as well as life matters in homes.

The first Qatari architect, Badria Kafud, also participated in the session, whose story of her struggle in studying engineering inspired many Qatari women to continue the path and follow the same path.

In her scientific and practical career, Kafud suffered many difficulties, as a woman, but thanks to her persistence and work, she overcame all of them, and during the recent period she supervised dozens of important projects completely inside Qatar.

For her part, South African Handwelani Hope, architectural planner and member of the International Association of City and Regional Planners, recounted during the session her suffering at the beginning of her career, especially as she was the first woman to obtain a doctorate in urban planning in South Africa, where she faced many difficulties, rejection and lack of acceptance.

In turn, Dr. Heba Nour El-Din, an expert in urban planning at the Ministry of Municipality in Qatar, considers that women, as planners, suffer greatly, as they are required to make additional efforts in order to succeed unlike men, and they also need to prove their eligibility to hold positions in the field of urban planning.

Heba confirms – to Al Jazeera Net – that enhancing the role of women in urban planning is not limited to the level of Arab countries only, but also to the world level, especially in light of the challenges facing women in various countries of the world.

She believes that such international events serve as a source of inspiration, exchange of experiences, learning and development, as well as providing a unique opportunity for personal meeting with the most prominent global urban planners and building support and networking friendships. 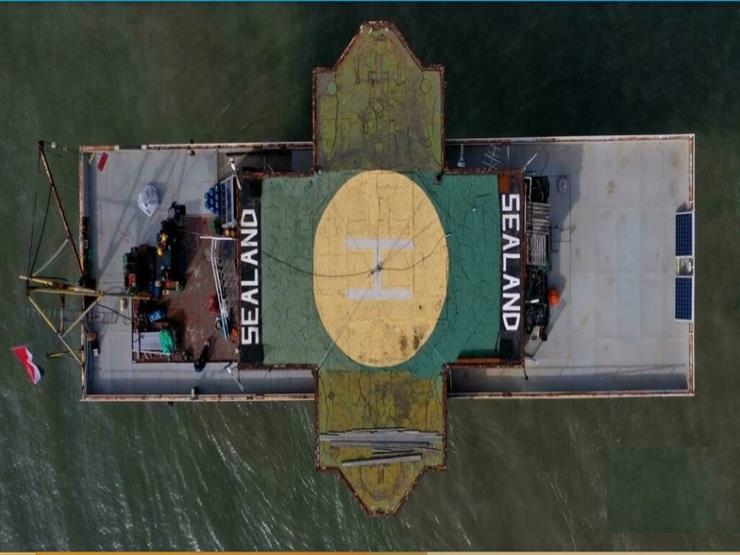 “A microscopic country” .. Sealand defies the United Kingdom and Corona