Dozens of migrants have been detained after crossing into Poland from Belarus, Warsaw said on Sunday, warning of a possible bigger breach ahead of a European Union meeting aimed at expanding sanctions on Minsk.

Polish police wrote in a tweet that 50 migrants crossed the closely monitored European Union and NATO (NATO) border near the village of Starzyna “by force” on Saturday.

Border guards said they arrested all the “infiltrators” later, adding that there might be a “bigger attempt to cross the border today”.

Thousands of migrants from the Middle East are camped on the border between the European Union and Belarus, which has sparked a confrontation between the Union and the United States on the one hand, and Belarus and its ally Russia on the other.

The European Union accuses Minsk of masterminding the crisis to put pressure on it after the sanctions it imposed, but Belarus has repeatedly denied this. Some countries in the region have warned that the confrontation could escalate into a military conflict.

“If anyone thinks that Lukashenko or Belarus will back down, that will not happen,” Lukashenko said in an interview published on Saturday.

Aid agencies say that at least 10 migrants have died so far, adding that this issue constitutes a humanitarian crisis with temperatures dropping below zero, and urging a de-escalation to help migrants.

In the largest camp near the village of Prozgy in Belarus, authorities say there are 2,000 people, including pregnant women and children.

The Belarusian authorities provided aid, including tents and heaters, a move that could make the camp’s presence almost permanent at the border.

According to the Polish border guards, there were 223 attempts to cross the border illegally on Saturday.

What are vaccine manufacturers doing to counter the Omicron mutant? 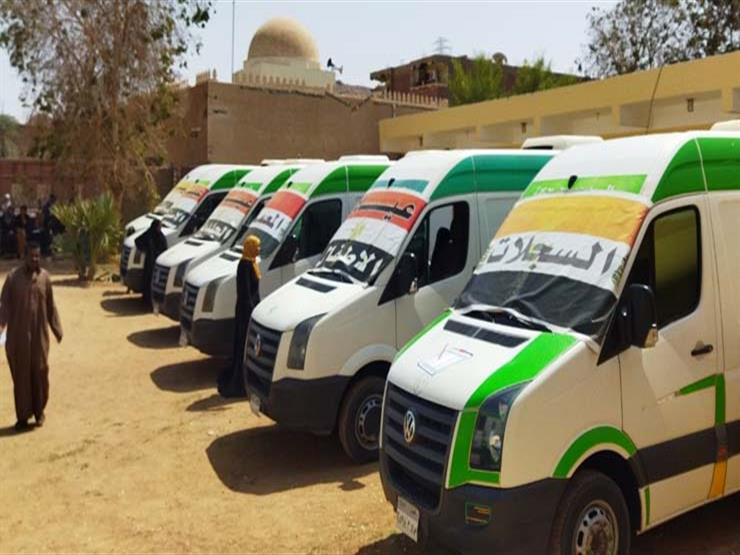 A medical convoy to treat 1,150 patients in “Crades” in the Eastern Province

The “Medication Authority” clarifies .. Is “Paracetamol” safe for children under 12 years of age?​