in a study Published in The Astrophysical Journal Letters, an American scientific team from several universities has suggested that the masses of both large and small black holes can result from a single path, as black holes gain mass from the expansion of the universe itself.

This study comes in the context of studies carried out by scientists using gravitational wave observatories that are exploring the merging of black holes, in order to verify the main prediction of Albert Einstein’s theory of gravity.

Gravitational-wave observatories are a group of telescopes and instruments designed to measure gravitational waves, which are known as distortions and perturbations in the theoretical “curvature” of space-time caused by accelerating masses propagating in small ripples, first predicted by Albert Einstein’s general theory of relativity in 1916.

وقول press release For the past six years, gravitational-wave observatories have been exploring merging black holes, but one problem with many of these black holes is that they are unexpectedly large.

Therefore, the proposal of the scientific team presented by the new study could provide a new solution to this problem, which is the hypothesis that black holes grow along with the expansion of the universe.

According to the press release, since the first observation of black hole merging by the Laser Interferometer Gravitational Wave Observatory (LIGO) in 2015, astronomers have repeatedly been surprised by the large masses of these mergers. Although these masses do not emit any light, black hole mergers are observed by emitting gravitational waves.

Physicists had expected at the time that black holes would have masses about 40 times less than the mass of the Sun, because merging black holes arise from massive stars, which cannot hold together if they become too large.

But the Laser Interferometer Gravitational-Wave Observatory and the Virgo interferometer have detected many black holes with masses greater than 50 suns, and some as large as 100 suns.

According to these observations, several formation scenarios have been proposed for the production of such large black holes, but none of them has succeeded in explaining the diversity of black hole mergers observed so far, and there is no agreement about any set of formation scenarios for the emergence of such black holes amenable to for application.

This new study is the first indication that the mass of a large or small black hole can come from a single path, and that a black hole gains mass from the expansion of the universe itself.

“Astronomers typically model black holes within a universe that cannot expand, an assumption that simplifies Einstein’s equations,” said Kevin Crocker, professor of physics and astronomy at the University of Hawaii at Manoa.

Individual events observed by the LIGO laser-interferometer gravitational-wave observatory and Virgo interferometer can be observed in just a few seconds, while the mergers themselves can have occurred over billions of years. During the period between the formation of a pair of black holes and their eventual merging, the universe grows profoundly, Crocker adds.

If the more subtle aspects of Einstein’s theory are taken into account, a startling possibility emerges that black hole masses could grow intimately with the universe, a phenomenon Crocker and his team call “cosmological coupling.”

“We thought in the opposite direction, that is, what do gravitational observatories LIGO and Virgo observe when black holes pair up cosmically and gain energy without consuming stars or other gases?” says Duncan Verah, a professor in the Department of Physics and Astronomy at the University of Hawaii at Manoa, and co-author of the study.

To verify the new hypothesis, the researchers simulated the birth, life and death of thousands of massive pairs of stars, that is, pairs of stars that died to form black holes that were then linked to the size of the universe, starting from the time of their demise, and as the universe continued to grow, the masses of those black holes grew while escaping towards each other. The end result was not just supermassive black holes after they merged, but many more mergers were added to them.

When the researchers compared the data from the LIGO laser interferometer and the Virgo interferometer with their predictions, they matched well. The researchers also note that this new model is important because it does not require any changes in our current understanding of star formation, evolution, or death. With all these observations and conclusions, the researchers indicated that the mystery of massive black holes is still far from completely resolved. 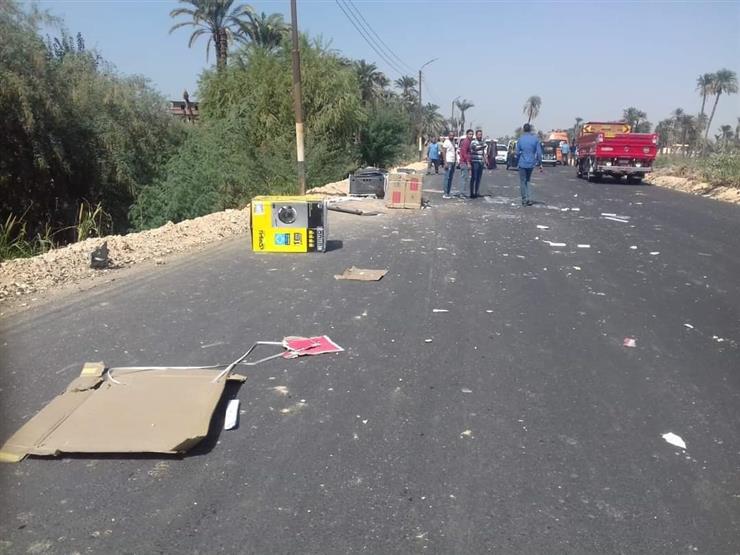 Including 5 children.. We publish the names of the victims of the collision of “bridal furniture” in Sohag