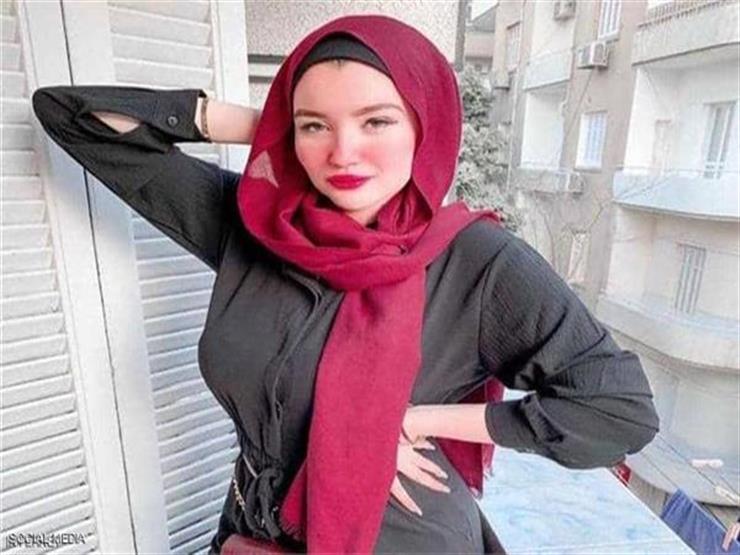 Today, Sunday, the Fifth Circuit “Criminals” south of Cairo, held in the Fifth Settlement, postponed the first session of the retrial of “Tik Tok” girl Hanin Hosam in the case of human trafficking, to the December 20 session; to take court action.

“Haneen” appeared wearing a white cloak without a headscarf, content with a “scarf”, and showed signs of anxiety and heartbreak, trying to move her head away from the cameras.

At the beginning of the session, the girl “Tik Tok” entered a fit of crying, while her mother replied, “I miss your voice, I miss you.”

Haneen Hosam’s first appearance is after a ruling was issued to imprison her in absentia earlier, with 10 years in prison in absentia and a fine of 200,000 pounds, in Case No. 4917 of 2020, Coastal Felonies.

About 5 minutes passed and “Haneen” shouted at the representatives of newspapers and websites, telling reporters, “Take care of our circumstances. It is forbidden for you.”

The judge intervened to end the quarrel and ordered that Haneen Hosam be placed in custody instead of in the dock.

After the judge heard the defense’s requests, which consisted of the court’s response and changing the hearing of the trial before another judge, he ordered that it be postponed to December 20.

The Public Prosecution accused Hanin Hosam of human trafficking by dealing with natural persons, namely the victims, the two girls “MS” and “H. W.”, who were under the age of 18, and others by using them under the pretext of providing them with job opportunities under the guise of their work as announcers through One of the electronic applications for social networking, “Like App”, carries with it in a covert manner calls for incitement to immorality and temptation to prostitution, by inviting them “on a group called Like the Pyramid” that she created on her phone to meet young people through video chats and establish friendships during the period of home isolation, which The world is being invaded by the Corona epidemic with the intent of obtaining a material benefit.

The investigations added that the accused exploited the two mentioned girls commercially, by inciting and facilitating them to join one of the electronic applications through which she earns a return for joining the children and creating videos for them.

As for the second defendant in the case, Mawaddah Al-Adham, the court had punished her with 6 years in prison in her presence and a fine of 200,000 pounds for human trafficking.

The prosecution accused Mawadda Al-Adham of using the girl “H.S.”, whose fame was “Sandy, and the child “Y.” M”, who are under the age of 18, filmed videos that accompanied her and published them on her accounts on social media, taking advantage of their weakness and lack of realization to obtain a profit from them.

Mawaddah Al-Adham also commercially exploited both of the two victim children whose names are mentioned in the previous paragraph, by instigating and facilitating them to film videos that accompanied her and publish them on her accounts on social media to benefit financially from the high number of her followers, and she published video clips of the child “Sandy” and the second child. On social networking sites and decorated them with behaviors contrary to the values ​​of society and would encourage them to deviate.

The information network was also used to incite children to deviate and carry out illegal and immoral acts, and endangered the security and safety of 3 children by filming video clips of them and publishing them on the Internet and exploiting them commercially by earning money from them.

British writer asks: Where is my honor?

When I went to look for a house… “It went out”, solicitation for sale

Sustainability: an overview of the organic seal