Demands for politicians to leave their opposition and go to the Belarusian-Polish border.. The plight of immigrants ignites the Iraqi street

The Iraqi Ministry of Foreign Affairs has temporarily withdrawn the work permit of the honorary Belarusian consul in Baghdad due to the refugee crisis.

A state of anger and resentment prevailed in the Iraqi street due to the suffering of migrants on the border strip between Belarus and Poland, where temperatures drop and there are reports of deaths and difficult humanitarian conditions for migrants there, while the issue has turned into political rivalries and skirmishes.

“The winners and losers in the elections must go to the Belarusian-Polish border, and they will find all of Iraq there,” researcher Imad Abdel Latif said on his Twitter account, adding, “There they have to agree and share quotas and write the program of their next government as well. There and not here in the Green Zone (central Baghdad). Nor in its presidential palaces, nor at its five gates.

The winners and losers in the elections must go to the Belarusian-Polish border… and they will find all of Iraq there.
There they have to agree and share quotas and write the program of their next government as well.
There there, and not here in the Green Zone, nor in its “presidential” palaces… nor at its five gates. pic.twitter.com/7RaWPq4aRG

Journalist and writer Jamal Al-Mudhaffar wrote on his Twitter account, “When people flee their countries despite the dangers that await them, know that there are oppressive, tyrannical governments. These peoples have never felt safe, nor did they feel any signs of a future that guarantees them tranquility and stability.”

When people flee their countries despite the dangers that await them, know that there are oppressive, tyrannical governments.. These people have never felt safe and there are no signs of a future that guarantees them tranquility and stability..!! pic.twitter.com/qt2DbZeBBW

The crisis of irregular migrants – from Iraq to Europe through Belarus – turned into skirmishes and accusations between Iraqi political parties, against the background of reports that most of the migrants are from the Kurdistan region of Iraq.

Sarwa Abdel Wahed – a leader in the “New Generation” party and winner of the parliamentary elections – published on her Twitter account a group of pictures of immigrants, and commented on them saying, “These pictures are enough for the regional government to be ashamed of itself and to submit its resignation with an apology to the people, these pictures include the picture of the young man who was killed He died due to health complications and a cold.”

These pictures are enough for the regional government to be ashamed of itself and to submit its resignation with an apology to the people.
These pictures include a picture of the young man who died due to health complications and cold pic.twitter.com/5EdbQYzTlb

Akram al-Kaabi, Secretary-General of the “Al-Nujaba” movement, affiliated with the Popular Mobilization Authority, said on his Twitter account, “What is happening along the border strip of Belarus, Lithuania and Poland is a humanitarian crime against the Iraqi Kurdish immigrants who fled corruption and the tragedy of life, unemployment and hunger to fall into the nets of displacement, deprivation and humiliation.” “. Al-Kaabi added that “the government must assume its responsibilities and take urgent action to end their tragedy and restore their dignity.”

The Secretary-General of the “Asa’ib Ahl al-Haq” movement, Qais al-Khazali, called on his Twitter account, the Iraqi government to urgently intervene to rescue the Kurdish immigrants who have been stuck for days between the borders of countries, devoured by hunger and the bitter cold because of poverty, unemployment and corruption, and to return them to the land of Iraq.

On the other hand, Kifah Mahmoud, advisor to the President of the Kurdistan Democratic Party, said – through his account on Twitter – “The refugees stuck between Belarus and Poland are of all nationalities, ethnicities and countries, not only Kurds.

Refugees stuck between Belarus and Poland of all nationalities, races and countries, and the abhorrent racist and sectarian media insists on describing them only as a Kurdish nationalist, adding to it its rotting spices to discredit the region and its reputation!

Issam Hussein, a member of the Sadrist movement, wrote on his Twitter account, “The number of Kurds on the borders of Belarus is only 70, not thousands, and the rest are of different nationalities, and most of them are Syrians.”

While Arafat Karam – a leader in the Kurdistan Democratic Party and a former deputy – commented on the migrant crisis on his Twitter account, saying that “the state channels (affiliated with the Shiite factions loyal to Iran) broadcast poison and spread the poison of the failed opposition regarding the emigration of some wealthy people abroad, most of whom are fleeing from the regions disputed territory destroyed by the Islamic State.”

Yesterday, Friday, the Iraqi Ministry of Foreign Affairs temporarily withdrew the work permit of the Belarusian honorary consul in Baghdad; due to the refugee crisis.

“This step comes to protect Iraqi citizens from human smuggling networks through Belarus and Poland,” the ministry’s spokesman, Ahmed Al-Sahhaf, told Iraqi state television. He added that “the Iraqi embassies in Moscow and Warsaw are coordinating efforts for the voluntary return of those stranded on the Russia-Poland border,” noting that “Iraq has stopped direct flights between Iraq and Belarus.”

And the Iraqi government announced last August to evacuate 690 of its citizens stranded on the border between Belarus and Lithuania in eastern Europe.

For weeks, the Lithuanian government has prevented hundreds of Iraqis from Belarus from entering its territory, as “irregular immigrants”, which prompted the Belarusian authorities to tighten its borders to prevent the return of these migrants to it, which led to their being stuck between the two countries’ borders in poor conditions.

Last Monday, several asylum seekers tried to cross the border into Poland from Belarus; There are currently about 4,000 asylum seekers on the borders of the two countries, according to the Polish News Agency.

The European Union accuses Belarusian President Alexander Lukashenko of coordinating the arrival of the wave of migrants and refugees to the eastern side of the union’s borders, in response to European sanctions imposed on his country after what was described as the “brutal repression” he exercised against the opposition. 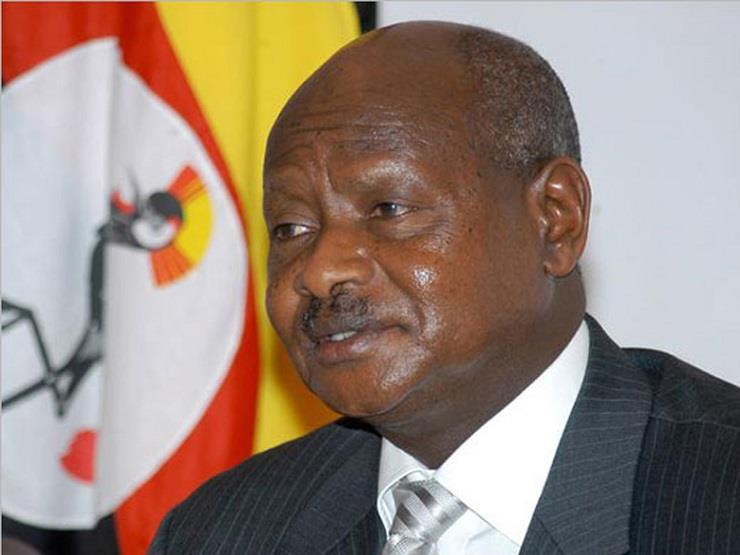 At the invitation of Uganda, an upcoming African meeting to discuss the crisis in Ethiopia

Russian thinker Alexander Dugin for “The Interview” .. Strong influence on Putin and liberal ideology must be kept away from the Syrian file