Shtayyeh appeals to save phosphorous, amid signs of blood clotting and sudden death

Palestinian Prime Minister Muhammad Shtayyeh called for urgent and immediate action to save the life of the prisoner Kayed Phosphorous, who has been on hunger strike for 123 days.

Shtayyeh said in a statement published by government spokesman Ibrahim Melhem that international human rights and humanitarian organizations are required to take urgent action to save the life of the phosphorous captive, whose health reports indicate that his health has entered the stage of extreme danger. Shtayyeh also called for an end to the administrative detention of all prisoners who are on hunger strike.

Khaled Al-Fasfous, the brother of the captive Kayed, said yesterday, Saturday, that the doctors of the Israeli Barzilai Hospital told his brother, who is on hunger strike, that there are signs of a blood clot, and that he is at risk of sudden death at any moment.

Kayed phosphorous and Alaa Al-Araj and their companions between life and death.
Kayed had a blood clot, which may cause sudden death..The occupation obscures the condition of Alaa al-Araj and prevents him from visiting and photographing, and he is close to losing sight.

Support your heroes and get them out of the cells on heads, not in coffins
#battle_empty_bowels

Khaled indicated, in an interview with the official Palestine TV, that his brother suffered from severe kidney pain to a degree that he could not bear.

Activists on the Arab and Palestinian platforms expressed solidarity with the hunger striker, Kayed phosphorus, after doctors informed his family that he was close to sudden death at any moment.

Kayed Phosphorous and his brave companions are waging a strong battle with the criminal occupation entity, in defense of the concepts of freedom and dignity…#battle_empty_bowels #FreeThemAll

Activists called on international human rights and legal institutions to intervene urgently to save the life of the phosphorous prisoner before his death, as happened with former prisoners who were ignored by the prison administration and caused their loss of life.

Others emphasized that the occupation aims to assassinate the striking prisoners through its intransigence in its policies, and its refusal to cancel administrative detention against them, until they are on the brink of death.

Kayed Phosphorous has been on strike for 122 days, 4 months and 2 days
Kaede was close to sudden death since he entered 100 days, but now signs of a blood clot are starting to appear in him, and he has been in danger for a while, but the danger increases every day.
Kayed’s body can’t handle more and lose it!
We don’t want to lose our prisoners!!#battle_empty_bowels #SavePrisoners pic.twitter.com/Zdz9tpK92p

Tweeters circulated pictures of the prisoner phosphorous, where he showed signs of stress and fatigue until his body looked like a skeleton covered with skin.

Kaede is in danger, Kayed is a martyr with a suspended sentence.. Joan and Kayed’s child, we will not forgive if we lose Kaede.

Quoting his brother: Doctors told the captive Kayed Phosphorus that he was approaching sudden death at any moment after signs of a blood clot appeared.#freedom_to_kayed_phosphorous #battle of empty intestines pic.twitter.com/nsdC9xibTj

It is noteworthy that the phosphorous prisoner has been on hunger strike for 122 days, in protest against his administrative detention, in addition to 4 other prisoners: Alaa Al-Araj for 98 days, Hisham Abu Hawash for 89 days, Louay Al-Ashkar for 34 days, and Ayyad Al-Harimi for 52 days.

The case of Kayed Phosphorous is in danger, especially since he has been on strike for four months. Four months are minutes and seconds that were eating away at his health as if it were an eternity, and the Zionist occupation is still intransigent. #battle_empty_bowels

Administrative detention is imprisonment by military order without an indictment, and extends for 6 months, subject to extension.

The captive Kayed Phosphorous, who has been on hunger strike for 122 days, may rise to the highest companion at any moment because, according to doctors, Kayed is in great danger, and they indicated the presence of a blood clot.

The weakest of faith Ansaroh even with a word. #freedom_to_kayed_phosphorous#battle_empty_bowels

Doctors indicated that there were signs of a blood clot in the captive who was on strike like phosphorous for 122 days, which is closer to sudden death!
Help the prisoners, even with a word. #battle_empty_bowels#freedom_to_kayed_phosphorous

Israel administratively detains about 500 Palestinians out of the approximately 4,650 detainees in its prisons until the end of last October, according to institutions specialized in prisoners’ affairs.

Doctors indicated that there were signs of a blood clot in the captive who was on strike like phosphorous for 122 days, which is closer to sudden death!
Help the prisoners, even with a word. #battle_empty_bowels#freedom_to_kayed_phosphorous

Sudan.. 9 soldiers were killed in clashes on the borders with Egypt and Ethiopia and changes affect the leaders of the security services 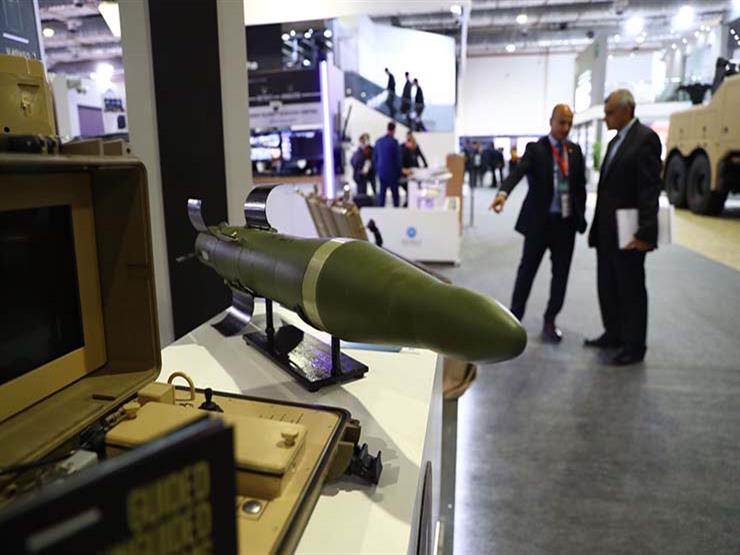 It weighs a ton and is equipped with guidance tools.. Learn about the largest French bomb at EDEX 2021