The scorpion attack terrifies the people of Aswan in Egypt, amid conflicting numbers of victims

Cairo- She went out looking for the warmth she had lost in her mountain burrows, and storms and torrents pushed her into the houses under the mountains, to be warmed by the houses nearby, and there was no safety here either; Man exists, so she flapped her tail while she saw with blunt eyes the ghost of her old enemy, to instill in the closest human beings to her as much poison as she could.

Hundreds of Aswan residents (southern Egypt) were victims of scorpion stings, and there were conflicting official numbers regarding the dead and injured, as the total number of confirmed scorpion stings is around 500.

There were conflicting reports about the deaths Al-Ahram newspaper quoted The official said, according to the Undersecretary of the Ministry of Health in Aswan Governorate, Ehab Hanafi, that “3 people were killed and 450 others were injured by scorpion stings as a result of bad weather that hit Aswan on Friday and the latest floods,” while other local media quoted the Minister of Higher Education and Acting Minister of Health Khaled Abdel Ghaffar as saying that There are no deaths, and that more than 500 people received anti-serums in Aswan after being stung by scorpions that abandoned their burrows due to the torrential rains.

The Ministry of Health was keen to reassure the population about the adequacy of the stock of antiserums, noting that it amounts to only 3,350 doses in Aswan Governorate, and the local authorities said that Aswan Governor Ashraf Attia – a former army officer – made a field tour to inspect efforts to contain the repercussions that afflicted the region as a result of the storms. Dirt and torrents.

A number of residents of villages near the mountains informed hospital doctors in the areas of Daraw and Kom Ombo that they felt severe pain and high body temperature, as well as sweating, vomiting, diarrhea, muscle tremors, and unusual movements in the head, which prompted the doctors to quickly inject them with anti-scorpion vaccines.

The mountainous areas of Aswan are full of a highly toxic type of scorpion that the locals call “the broad-tailed”, and its victim may die within an hour of being stung.

The Aswan scorpion is called the “Arab fat-tailed scorpion”, and it spreads in North Africa and the Middle East, according to encyclopedias of knowledge, or the black scorpions, and they are scorpions that dig holes and sleep in them, loving to live alone, and at night they go to search for prey.

The total length of the scorpion is from 8 to 10 centimeters, and its senses suffer from poor vision, hearing and smell, and relies on sound vibrations and vibrations to find out the direction of its prey, which is stung by its tail, which is full of poison.

On Friday evening, Aswan Governorate witnessed rain accompanied by thunder and lightning, preceded by a dust storm, which paralyzed transportation, according to what local media reported. This was also accompanied by the appearance of a large number of scorpions, which attacked a number of residents after they were swept away by torrents and winds from Its dens are in the mountains and hills surrounding the city.

Social media witnessed a wave of sympathy with the people of Aswan, who were famous for their “kindness, simplicity and generosity”, according to Tweeters, calling on the government to come to their aid, especially since they are in the far south of the country, away from the capital, which receives the most attention.

Tweeters expressed their surprise at the occurrence of such a disaster in a governorate that is supposed to be prepared for emergencies, especially as it is one of the most important tourist destinations in Egypt.

governorate #aswan at the far #good_level She is living stormy days, in which heavy rain fell, snow fell with thunder and lightning, and more than 100 people were injured by scorpions and snakes swept away by torrents, 5 houses collapsed, and electricity was cut off in several areas. May God protect the source of goodness and its good people. pic.twitter.com/qvKQ8EL02Y

Scorpion stings and houses collapse due to torrential rain and snow in Aswan.
May God protect her with our people in Aswan!! pic.twitter.com/t3shCRuHwV

This photo is from beautiful Aswan.
But that’s not the issue.. Our people are in Aswan
They face gales and strong winds
Hands 🦂 to residential areas and there are 3
They actually died from scorpion stings and more than
400 injured..other than heavy rain

Prayers for our family in Aswan pic.twitter.com/n72XHtt39l

Many cases of scorpion stings and houses demolished due to torrential rains in Aswan. And also snow in Aswan now.. God have mercy on us in his mercy
#aswan

Aswan drowned, failed system. It is the storm. It was a surprise and no external conspiracy. Where is the failed Sisi regime prepared for the storm? More than 10 houses collapsed in Aswan and 12 died from scorpion bites and 400 injuries from scorpion and snake bites. Where is the army? Where is the interior? Where is the respect for human rights of the Egyptian Aswan? #aswan https://t.co/xZeImu9jVI

Aswan had a lightning festival and heavy rain yesterday at night
Unfortunately, rain in desert and mountainous places causes scorpions to appear, and this caused the death of 3 people with scorpion stings and the injury of 450 people. pic.twitter.com/FjuWvKEE6w

Atef Motamad, a professor of geography at Cairo University, who was in Aswan at the time of the storm, said, “In less than half an hour from the start of the storm, trees were falling, windows were smashing, and heavy rain entered homes.”

The Egyptian academic pointed out that “the faltering scene in the city confirms that the governorate administration is not ready for this type of event.”

Motamed pointed out that “the people of Aswan Governorate did not climb the mountain out of love for scorpions and a desire to live next to the rough granite and sandy rocks, but rather they did so as a sacrifice of their comfort in order to preserve every inch of the narrow strips of muddy land that produces food.”

Historically, Upper Egypt, especially Aswan, suffered from scorpion attacks, which killed annually a large proportion of children in the Edfu region in Aswan alone, according to historical sources, including a report by the Egyptian College of Medicine in 1905 AD, which showed that Egyptian scorpions were divided into 3 types: the sandy yellow, which is abundant In Upper Egypt, it killed 60% of children in Edfu, Aswan According to the official Al-Ahram newspaper,And the second type of lemon, which was abundant in Cairo and around Alexandria, and the third type, which is called “Marrakchi”, which is black and abounds in Mariout (west of Alexandria).

Scorpions are a source of livelihood for some, who are keen on catching them alive with tweezers, after flooding their burrows with water to float, then selling their poison to poison centers and vaccines.

As for the anti-scorpion venom drug, it is usually taken from the horse’s blood after injecting it with a percentage of the venom, as the horse secretes anti-venom to eliminate this poison.

Lee Soon-ja, who visited the mortuary of former President Roh, “I came alone because of Chun Doo-hwan’s poor health” 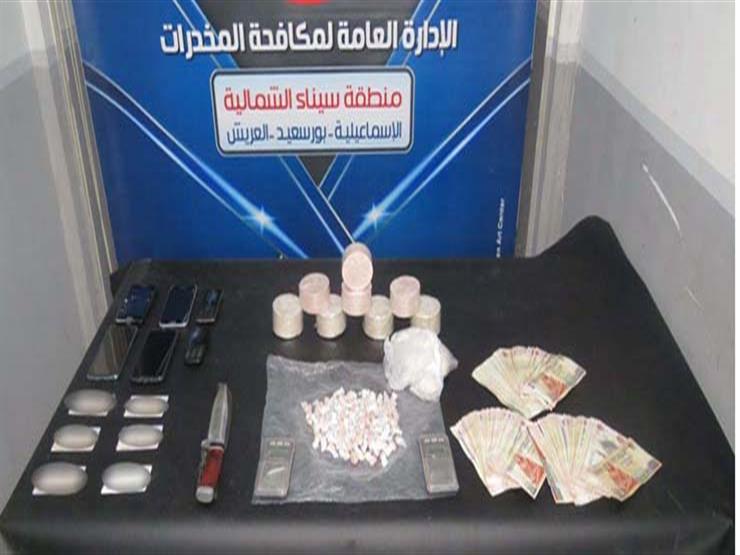