Who is the Sudanese mathematician Hiam Ali who won the Women in Africa Science Program award?

Sudanese mathematician Hiyam Ali, 28, who works in Khartoum, won the Young Talent Award for the year 2021 from the “Women in Science Africa” program by the United Nations Educational, Scientific and Cultural Organization (UNESCO) and the L’Oréal Foundation in the context of science changing African Women’s Lives.

In a report for the newspaper “Le Monde” (The world), written by her correspondent in Khartoum, Elliot Brachet, said that “the young Sudanese scientist is working on mycetoma, which has just been added to the World Health Organization’s list of neglected tropical diseases.”

Mycetoma is a chronic inflammatory disease that causes severe disfigurement, including disability, and in order to combat it, it is necessary to determine its whereabouts and know its original bloodline. Indeed, Hiam Ali has put her athletic skills in the service of combating the disease, and she is pleased to be useful to her country after she was criticized since A long time for her not choosing to become a doctor or an engineer.

The reporter of Le Monde newspaper says, “If Hiam Ali’s invention was related to a disease in the northern hemisphere, the fruits of her research would have been directly exploited and made available to patients, but the health of the poor on this planet is of little importance for large laboratories, and therefore this Sudanese young woman’s invention is a new tool that no one cared about. A factory because tropical diseases thrive in remote areas of marginalized countries.”

Hiam remembers, with a smile on her face, a set of notes during her teenage years when she talked about her desire to obtain a university degree in mathematics. Some would say to her, “Studying mathematics?! What a funny idea.. it won’t help you much here.. you won’t find a job.” Those around her also expressed reservations, telling the young science enthusiast that other disciplines would make her “more useful to her country”.

But Hiyam Ali decided early on not to leave mathematics as if she had a sense that it was her way, and she had inherited her steely spirit from her father, a blacksmith who worked without any degree in Saudi Arabia, where she was born in Taif and only saw Khartoum at the age of literate.

“My father, sisters, and some of my teachers believed in my capabilities and respected my choices,” Hiam said, which made her confident in the mentoring phase, to ignore “social pressure” and pursue her master’s degree in computer science at the University of Khartoum, before traveling to Ghana for a year of specialization at the African Institute. for Mathematical Sciences.

The researcher remembers that “the year she spent abroad gave her a breath of fresh air,” and there she discovered that medical imaging research required the mathematical skills available to her “to solve real problems.” At the end of her studies, she returned to her country in 2016 with a clear idea that Khartoum needed her, because “if All the educated have emigrated, and Sudan will not advance.”

In Khartoum, she continued her journey with mathematics before discovering, during a conference, the forgotten mycetoma disease, and immediately decided that she would work on this infection, and her mathematical tools and specialization in imaging in Ghana, she would put in the service of a simple, inexpensive and diagnostic invention that could be used in the countryside.

Since focusing her efforts on mycetoma, Hiyam Ali has joined the world’s most advanced research center to combat this disease, which is the laboratory of Soba University Hospital in Khartoum, where more than 10,000 patients have been registered, which represents a percentage of the number of infections because “no procedures have been performed.” There is very little research, and therefore there are no accurate figures for the number of deaths from this disease, which people are ashamed of and do not talk about.”

Because it is impossible to launch large-scale diagnostic campaigns due to lack of funding, Hiam has developed a medical imaging tool to compare different strains of the disease and more quickly detect their presence in patients’ tissues, a process that is less expensive than molecular testing and better suited to the needs of remote areas.

However, even for those diagnosed in time, the disease remains hell because the treatments, although they do exist, are still very expensive, in addition to the side effects they cause, to the point that the best “treatment” is most of the time amputation.

There is still a lot

“Our patients are neglected by the economic logic that governs the global health system,” says the Sudanese mathematician. She teaches mathematics at university in Khartoum, and in her spare time she tours schools educating girls about the importance of higher education, “You have to encourage them to break down barriers and learn new things. It is possible and we must start by changing the mentalities of our parents.”

The writer concludes that “the Sudanese revolution of 2019 made women’s issues prominent because of women taking to the streets to demand their rights, but the reality is not as portrayed by many international media, as there is still a long way to go.” Hiam Ali hopes that her country will allow young researchers, especially women , occupying the center stage.

Paris Hilton and Robert Miller.. What is the “Cryonics” technology that celebrities are racing to sign up for? 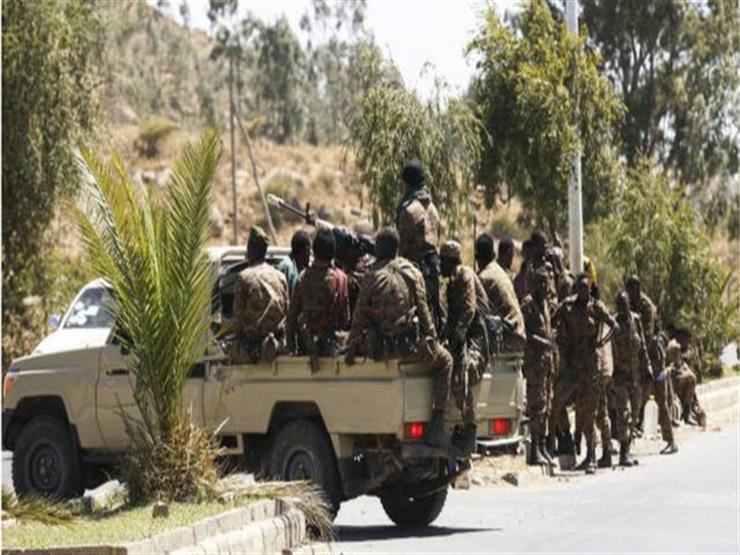