Tunisia..Aqrab’s protest continues, and the “Free Constitutional” accuses the president of realizing a personal project

On the other hand, supporters of the opposition Free Constitutional Party gathered in front of the government headquarters in the capital to demand the dissolution of Parliament, whose work has been suspended.

A decision by the Tunisian authorities to reopen the dump recently sparked protests that included confrontations between demonstrators and security forces for more than a week.

After the vigil, the people organized a symbolic march presented by children and women, during which they raised slogans calling for the final closure of the landfill and affirming the city’s residents’ right to a safe environment.

The protesters demanded a serious investigation into the death of a city youth during the protests, and the release of the only remaining detainee as a result of these protests.

Representatives of the Aqrab movement met, this week, with the President of the country and the Minister of Environment, but these meetings did not lead to setting a deadline for closing the Aqarib landfill.

The city of Aqrab, affiliated to the Sfax governorate, is witnessing a state of tension and intermittent confrontations between the security and the people who refuse to implement a government decision to open a landfill, despite the issuance of a judicial decision to close it, amid calls from internal parties to end the political crisis in the country.

Demonstrators also closed the road between the provinces of Tataouine and Medenine in southern Tunisia in protest against what they described as “the policy of procrastination and procrastination pursued by the current government”, and the failure to implement the terms of the so-called “Kamour” agreement signed with the previous government.

The protesters raised slogans demanding the activation of the terms of the agreement, the most important of which is the provision of loans and youth employment, and threatened to escalate and close the oil pumping pipeline in the Kamour area if the government did not respond to their demands.

On the other hand, supporters of the opposition Free Constitutional Party gathered – today, Saturday – in front of the government headquarters in the capital to demand the dissolution of Parliament and call for early elections.

The party supports President Qais Saied’s move to freeze parliament among the exceptional measures in force since last July 25, but unlike the opposition parties to Saied, it calls for an additional step towards dissolving parliament and passing to early elections.

The party is also protesting against what it considers a restriction of its activities and movements in the street.

Secretary-General of the party, Abeer Moussa, accuses President Saied of “marketing a fake battle to public opinion to achieve a personal political project that is no longer hidden from anyone.”

After announcing the exceptional measures and suspending most articles of the constitution, the Tunisian president pledged to reform the political system and the electoral law, but he did not specify a clear road map for reforms, and whether he would launch a national dialogue with parties and organizations. 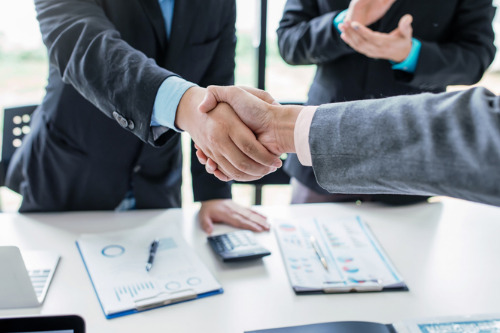