Evaporation of bodily fluids, freezing and suffocation.. this is what happens to the human body if he forgets to wear a space suit

Space is an airless vacuum, meaning that – unlike Earth – there is no atmosphere and no pressure exerted by air molecules, where atmospheric pressure determines the temperatures at which liquids boil and turn into a gaseous state.

Imagine that you are an astronaut and have been accidentally thrown out of your spacecraft from the airlock. What do you think will happen to your body when it is exposed to the vacuum of space without the suit that provides you with the necessary protection?

Jacqueline Kwan says – in her article on Location “Live science” = Hollywood scenarios that show exaggerated images of this situation, showing people, not protected by helmets or spacesuits, instantly exploding or freezing to death.

“In fact, the effects will be the same, but without exaggeration,” Kwan adds; An astronaut floating without a suit in space would not survive, but his death would occur within minutes, not seconds, and would be a strange exit, with boiling bodily fluids and a nearly frozen nose and mouth.

Space is an airless vacuum, meaning that – unlike Earth – there is no atmosphere and no pressure exerted by air molecules, where atmospheric pressure determines the temperatures at which liquids boil and turn into a gaseous state.

If the air pressure outside a liquid is high – as it is at sea level on Earth – it is difficult for gas bubbles to form, rise to the surface and escape. But because there is no actual atmospheric pressure in space, the boiling point of liquids drops dramatically.

Boiling water and evaporating it from your body

“Since the human body is made up of 60% water, this is a serious problem, in the absence of pressure, the liquid water in our bodies will boil and instantly turn From liquid to gas. All tissues in the body that contain water will begin to expand.”

Some humans have already had accidents in the void and have survived to tell the tale.

In 1966, NASA aerospace engineer Jim LeBlanc was helping to test the performance of spacesuit models in a huge vacuum chamber, and at one point in the test the hose feeding the compressed air into his suit was accidentally disconnected.

LeBlanc recalls the 2008 episode of “Moon Machines” in the documentary series “The Space Suit”; “When I stumbled backwards, I could feel the saliva on my tongue starting to bubble before I passed out, which is almost the last thing I remember,” he says.

Gas bubbles form body fluids, too, in divers in some cases; This happens when a diver who swims in deep water moves to the surface very quickly and uncontrollably, because they move from a high pressure environment under the water to a low pressure on the surface of the water.

The formation of air bubbles in the circulatory system and in the tissues may cause a complex clinical condition known as “diver’s disease”, and symptoms of paralysis may appear.

For astronauts without a suit, the blood flowing through the veins boils less quickly compared to the water in the tissues because the circulatory system has its own internal pressure, but the massive emergence of massive bubbles in the tissues of the body will happen quickly.

In a review published in 2013 in magazine Aerospace Medicine and Human Performance looked at previous exposures to a vacuum in both animals and humans, finding that they passed out within 10 seconds.

Then some of them lost control of their bladder and bowel systems, and swelling in their muscles restricted blood flow to their hearts and brains, as their expanding muscles acted as a vapor lock. “No human can survive this,” says Lenhart. “Death is possible in less than two minutes.”

You will suffocate and freeze

According for ‘book The vacuum of space will also draw air out of your lungs, causing you to suffocate within minutes. After an initial rush of air out, the vacuum will continue to draw gas and water vapor from your body through your airways in your body.

The continuous boiling of water may also produce a cooling effect, as the evaporation of the water molecules will absorb heat energy from your body and cause the parts near your nose and mouth to nearly freeze. The rest of your body may also cool off, but it will be slower because not as much evaporation will occur.

Temperature is a measure of how much energy atoms and molecules have to move, astrophysicist Paul Sutter tells Forbes, and because space is nearly empty, there is no movement at all, making it “cold”.

This also means that there is no substance in the space to transfer heat to it. However, a person can freeze from the evaporation of body water and the slow loss of heat by radiation emitted from the body.

Has Macron’s initiative succeeded in calming Riyadh towards Beirut?

It has its own charms and surprises.. With these things, the second pregnancy is distinguished from the first 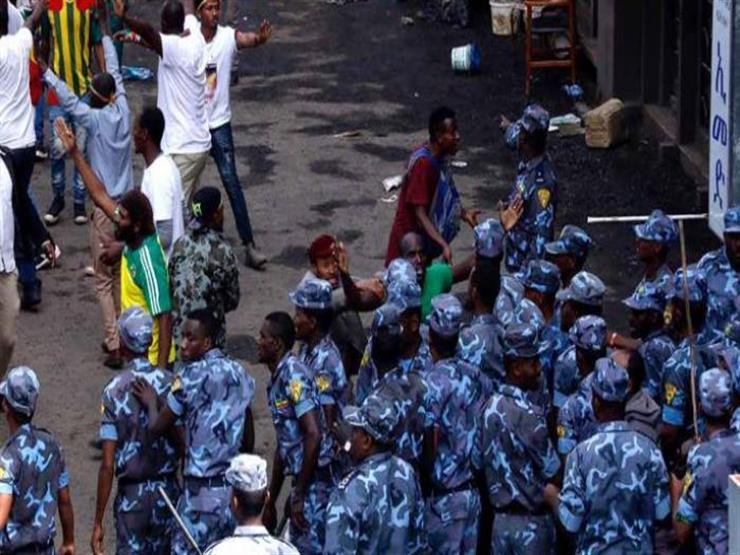