How should I view the support of leftist movement group Yoon Seok-yeol?

Criticism of the March and Social Progress Solidarity’s stance, heated controversy over re-arguments

“The choice of the left in the 20th presidential election should be regime change.” Immediately after the People’s Power election, a ‘statement’ issued by a student movement group is causing controversy. Chosun Ilbo’s “Student movement rights support Yoon Seok-yeol… If you’re a true leftist, you can’t take a picture of Lee Jae-myung.'” The article was the number one most viewed news on the portal all weekend.

What is noteworthy is the group that issued a ‘postal statement’. This is the nationwide student march (hereinafter referred to as the ‘March’). Anyone with at least one facet in the history of the Korean student movement knows that ‘March’ is not an austere group. It is an organization that succeeds the PD world in the two major axes of the so-called NL and PD. After the birth of the so-called ‘PD faction’ in the late 1980s, the trend in the 1990s divided again, with the mainstream leading to the long-running-solidarity line. The National Student March was formed by integrating organizations such as Young Friends and the 21st Century at the Solidarity Conference. Another flow goes through the National Academy of Sciences, the Youth Left, and the Socialist Party, and leads to the current Basic Income Party.

Are the reports true? Unlike the NL, which has mainly attempted coalition politics with the current Democratic Party since 1987, traditionally, the PDs are independent political powers of the people, namely, the independent progressive party running from the Hankyoreh Party and Minjung Justice Party (1998) to the Democratic Labor Party and the present Justice Party. This statement can be read as an unexpected choice in that it showed a stance that converges to the theory. The specific claims and grounds for the position statement could be found on the website of ‘March.’

The argument of ‘March’ is summarized in the following proposition. “I prefer liberal democrat Yoon Seok-yeol to populist Lee Jae-myung.” The reason why this group should choose regime change for the left in the 20th presidential election is that “the Democratic Party is a populist force that falls short of conservatism, and it is a group of fraudsters who deceive the people with pseudo-theories and ruin the country.” The group’s argument is that if you are a leftist, you should not judge Lee Jae-myung as a ‘social democrat’ or ‘right person for reform’.

Comments and rebuttal statements on the statement

On the ‘entry statement’, there were about 1,000 criticism comments from people who had been or supported ‘March’ in the past. The person with the nickname ‘From March’ wrote, “You can call yourself Kkondae.”

There are also criticisms of life-sustaining life by other movement groups and individuals. 128 youth activists from 11 groups, including the Youth Movement Team of the Labor Liberation Struggle Solidarity and the Student Committee of the Social Change Workers Party, said in a joint statement the next day, “The statement of ‘March’ reflects the grammar of the capitalist political structure in which opposition from the Democratic Party leads to support for the people’s power. In addition to uncritical support for far-right politician Yun Seok-yeol, the leftist’s basic position in criticizing the fiction of democracy in the capitalist system has also been abandoned. They said, “They will not form solidarity with the March until it withdraws its position and apologizes for causing serious confusion in the left movement.” In a rebuttal issued by the Workers’ Solidarity Student Organization on November 7, “It is disconcerting to propose that the Student March support the People’s Power presidential candidate who is a descendant of the dictatorship and a traditional preferred party of the ruling class in Korea, and who has frequently attacked the labor and student movements. “There is a limit to the student march eventually degenerating into reformism, but it is an error to not distinguish between left-populism (represented by candidate Lee Jae-myung) and right-populism from Trump, Boris Johnson, and several right-wing parties in Europe.”

As the controversy heated up, ‘March’ again posted an article titled ‘Our position on criticism’ on November 11th.

“Even if the Yun Seok-Yeol government is formed, I do not believe that it will overcome the limitations of liberal politics or resolve the structural contradictions of capitalism. However, if you do not criticize the Democratic Party on the grounds that it could lead to the election of Candidate Yoon Seok-yeol, you will not face reality because you are trapped in the camp logic of the Democratic Party, who has always forced the social movement to choose, saying, ‘Aren’t we better than them?’

Among the comments on the first statement, the most notable are the articles pointing to the Social Progress Solidarity and Hanshin University professor Yoon So-young as organizations that share their marches and positions. It is said that senior activists of the Social Progress Solidarity, which form a senior group from the former student movement, hide behind the scenes and argue with the student group. Is it true? In the article, I contacted a person designated by a specific real name. He admits he’s not ‘behind the scenes’ but has similar thoughts.

“To be honest, I think the current presidential election is not about who is better, but about who is worse. Personally, I think Lee Jae-myung is much worse, so I published a pamphlet with those thoughts.” He added:

“I don’t think Yoon Seok-yeol is an amazing person or that the people’s power can do anything. The basic perception is that they are an incompetent and corrupt group. However, if we consider the loss of recklessly pushing something that has not been verified, there may be less than that.”

■“If you are a leftist, of course you support Yoon Seok-yeol”

Jeong Jong-gwon, editor-in-chief of ‘Radian’, who served as the first secretary-general of the Solidarity for Social Progress, said, “I agree with the position about 70%, not all-out, in that the first criterion in this election should be criticism and judgment of the Democratic Party.”

He said, “Some say that he has denied the movement he has been doing and that he is apostate, but they do not agree with the view that ‘if a former Daehyup graduate goes to the Democratic Party, it is not apostate, but if some people go through the power of the people, they are apostate.” There is an overwhelming number of ‘capitulation’ to the Democratic Party, both qualitatively and quantitatively, and being generous toward such surrender is the duality of the Korean civil society movement.”

Professor Yoon So-young of Hanshin University said, “There seems to be a story that I support Yun Seok-yeol, a member of the Papyeong Yun clan, as the main building is the same, but I am Haepyeong Yoon.” said

On the other hand, one civil society elder, who requested anonymity, said, “(The position that if leftists should support Yun Seok-yeol) pushed the negative characteristics of the ideological left to the end. It’s just a group of people gathering together and claiming,” he said. It is argued that people who express support for Yun Seok-yeol should not be evaluated as a single current or force to be honest and critical.

Basic Income Party presidential candidate Oh Jun-ho said, “You might think that policies will come to an end if we just discuss the social structure well, but in order to diversify democracy, we need to achieve social progress by mixing and sophisticated policies, including the basic income that we insist on.” Discussions that ignore such things are merely criticisms for the sake of criticism.”

Kim Byung-kwon, director of the Justice Party Policy Research Institute, also said, “It is a huge leap to claim that Lee Jae-myung is an anti-democratic and that the rest can be connected in the name of democracy. It is necessary to construct alternatives with several intellectual combinations such as economics, neo-Peterian, and feminist economics,” he added.

Yoon Seok-yeol, “The Moon administration’s real estate policy is a housing disaster, not a stable housing” 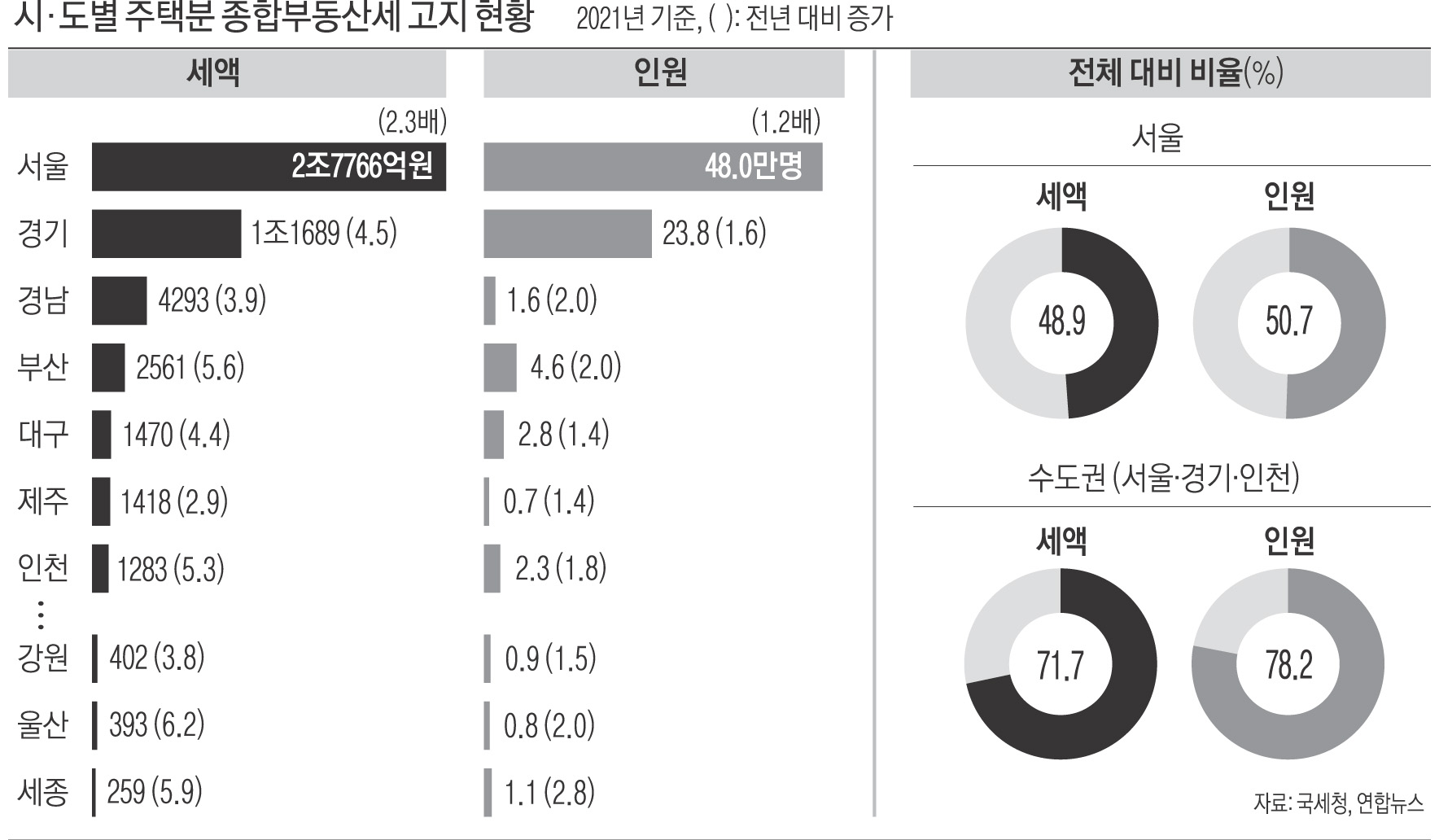