The biggest confrontation between the ruling and opposition parties that started over the introduction of the special prosecutor is beginning with the subject and scope of the special prosecutor’s investigation. While accepting the Daejang-dong special prosecutor’s office, the Democratic Party insists that candidate Yoon’s investigation into the 2011 Busan Savings Bank loan corruption case should be included. In 2009, Jo Mo, a relative of Busan Savings Bank Group Chairman Park Yeon-ho and an accountant Jeong Young-hak’s college junior, received about 1 billion won in exchange for arranging a loan of 115.5 billion won from Busan Savings Bank in 2009, but was not prosecuted. At that time, the Cho’s lawyer appointed former special prosecutor Park Young-soo as his lawyer through the introduction of Mr. Based on this, the Democratic Party argues that candidate Yoon’s involvement in the Daejang-dong incident is suspected. For the Democratic Party, it is interpreted that it was used as an opportunity to prove Lee’s innocence, while at the same time aiming at the effect of dispersing the risk of large bowel movements. We expect a counterattack effect on Candidate Yoon.

The people’s power draws a line saying “typical water riding”. In addition to the Daejang-dong Special Prosecutor’s Office, the High-ranking Public Investigation Office (Public Investigation Office) is proposing to conduct a ‘double special prosecution’ by attaching another special prosecutor to investigate the allegations of accusation by the ‘Prosecutor Yoon Seok-yeol’ under investigation. If only the Daejang-dong special prosecutor can be launched before the presidential election, it is safe to investigate the allegations of the alleged accuser in which they are involved. It is interpreted as a calculation to gain profits by attacking the allegations related to large-scale movement of candidate Lee, whom public opinion is most interested in, even at the cost of a small loss.

Since these issues are intertwined, the debate between the opposition parties is difficult from the start. Due to the nature of the special prosecutor’s investigation, which does not know where it will go, it is evident that both the ruling and opposition parties are burdened with reaching an agreement.

The Democratic Party publicly announced on the 18th that Lee would accept the special prosecutor without any conditions, but since then, it is unlikely that he will appear voluntarily at the actual negotiating table. “As the results of the prosecution’s investigation are coming out soon, we should discuss the details of the special prosecutor based on it,” said a Democratic Party floor official. Considering the fact that the arrest period for key suspects, including Hwacheon Daiyu’s major shareholder Manbae Kim and lawyer Nam Wook, will expire and the indictment will be on the 22nd, it is judged that it is necessary to wait until the beginning of this week to see the results of the prosecution’s investigation. Although Lee chose to break through head-to-head, there are also voices from some in the party that he should consider delaying the introduction of the special prosecutor as much as possible in order to be less affected by the presidential election, as this is an issue with a bad public opinion.

Ahn Cheol-soo, chairman of the People’s Party, also proposed to both the opposition and opposition parties to accept a ‘double special prosecutor’, saying, “What will happen to our country if the president he took is elected and undeniable evidence suddenly emerges during his tenure?” .

With Corona Start… What is the impact on the stock market? 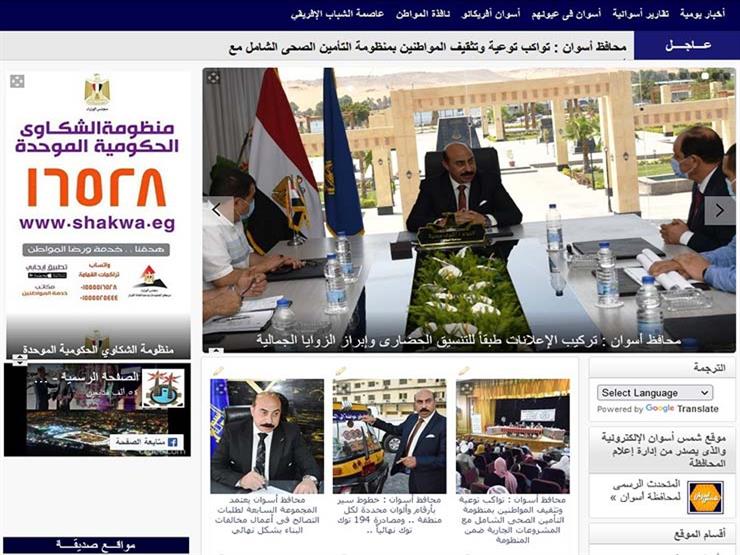 Aswan tops the list of governorates most reactive to mass complaints