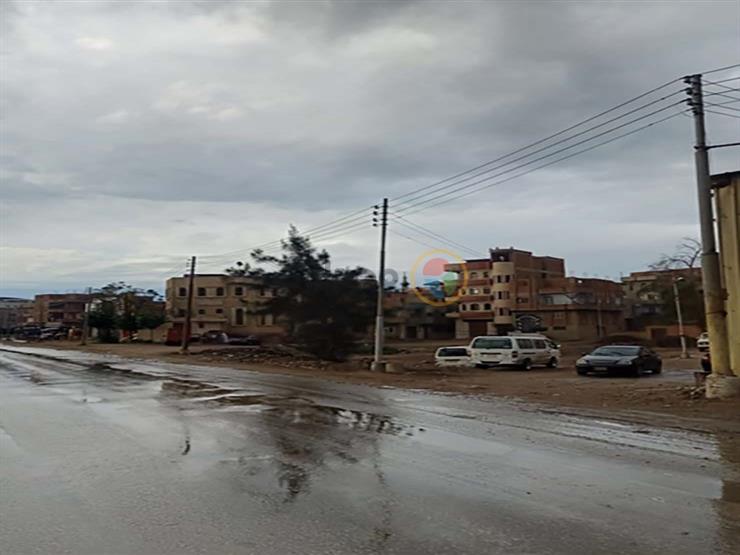 An official source in the Egyptian Electricity Holding Company said that the distribution companies are currently reviewing all the tasks affiliated with them in various regions, especially those that witnessed heavy rains and torrential rains, which flooded some transformers and feeders belonging to a number of companies, especially the North Delta for electricity distribution, Alexandria and Beheira for distribution due to heavy rains due to of geographical nature.

The source confirmed, in exclusive statements to Masrawy, that work is currently underway to complete all maintenance work for the electricity transmission and distribution networks, and to raise the level of electrical tasks in some areas to protect them and avoid being flooded with water in the event of heavy rain for the second time.

The source pointed out that the formation of operating rooms to monitor the situation, and control centers that follow up on all sudden malfunctions, and comprehensive maintenance of all air feeders was carried out, and the levels of the booths and rooms near the ground were reviewed to protect them from rain and torrential rain, as well as the roofs of the booths, which confirms that this Winter will not witness power outages.

He stressed that alternative backup generators were provided and equipped for vital facilities in the event of a power outage for any reason, explaining that there are several recognized procedures that electricity companies take before the winter season of each year to face the expected floods and fog, the most important of which is the presence of a central emergency room in the ministry, and rooms in transportation and distribution companies.

In a related context, Dr. Ayman Hamza, the official spokesman for the Ministry of Electricity, said that in conjunction with the start of the winter season, the ministry, represented by its affiliated companies, is intensifying maintenance operations by preparing to receive winter and rain waves, and securing the network to face any emergency outages.

Hamza added, in statements he made to “Masrawy”, that the development of transmission and distribution networks has a significant impact on securing electricity supply and non-interruption of power, noting that Dr. Mohamed Shaker, Minister of Electricity, instructed the heads of electricity transmission and distribution companies to take immediate measures and review lines and networks. And the projects located in the paths of flood waters, especially in the desert and open areas in Sinai and Upper Egypt, and changing their course to protect them so as not to cause interruptions.

He pointed out that maintenance teams have been formed to pass on the components of the network in all the different distribution companies at the level of the Republic, where they inspect all the tasks in the stations, transformers and distribution networks, in addition to ensuring that the current reaches the lighting poles, especially those that are isolated from water.

He explained that within the framework of the emergency plan to address the waves of bad weather and in the interest of the safety of citizens, some electricity tasks are sometimes separated during bad weather, stressing that all channels of communication are constantly open with the Ministry, the Egyptian Electricity Holding Company and its subsidiaries to receive any complaints.

The ministry warned citizens not to approach electrical tasks, especially during heavy rain, and to quickly call the number “121” to receive any complaints over a period of 24 hours, stressing that the emergency and maintenance teams in all companies affiliated with the sector are constantly following up on all complaints and malfunctions, and all necessary measures are taken immediately. To remove the cause of the complaint.

It’s a mall, but it doesn’t sell anything