Before deciding to buy a laptop, learn about the features of the new MacBook Pro from Apple

Apple recently launched the new MacBook Pro laptop in two models, according to the screen size, namely: 14 and 16 inches, and they can be equipped with many technical equipment.

The base 14-inch model is based on the eight-core Apple M1-Pro processor; Where 6 cores are used to provide maximum performance, while 2 cores are enough to perform normal routine tasks in an energy-saving manner, and Apple has provided the computer with a 14-core graphics card.

The luxury model of the new MacBook Pro laptop includes the 10-core M1-Max processor with a 32-core graphics card, and many other additional functions to accelerate video processing and enhance artificial intelligence functions, and these functions are not limited to the large 16-inch model, but Also available for the 14 inch mini computer.

During the hands-on testing, the MacBook Pro successfully edited 8K video by adjusting colors, metadata and moving in the timeline, without the need to turn on the device’s fan.

The slowdown between pressing the off-screen button and actually starting the video was too short for experts to measure, but when performing the same actions with Intel processors, it took a few seconds.

It should be noted that Apple has improved the video editing program “Final Cut Pro” to suit the new processors, and the user also benefits from the advantages of speed with many programs developed by other companies, such as Adobe programs: Photoshop and Premiere. (Premiere), Lightroom and others, in addition to the fact that the office software package from Microsoft Office (Office) is no longer limited to the Intel version only.

The new MacBook Pro computers received great demand from creators and professionals; Because it is based on the technology of the mini-LED screen used in the iPad Pro tablets, which has a very high contrast, in addition to the webcam that has become of high quality that allows the user to make video calls perfectly.

These new computers come with a slightly larger thickness, as the 16-inch model comes with a thickness of 12 mm, more than the 13-inch model from the previous year, and the American company has equipped the new laptop with many connection ports, where there is a slot for an SD memory card “XD”. XC” (XDXC), which the user has missed in MacBooks for many years.

The new high-speed UHS-3 models, however, are not supported by the memory card slot, but are limited to 300MB/s UHS-2 cards. The same applies to the “HDMI” port, which was not available in the previous version. Apple did not rely here on the new “HDMI 2.1” version, but used the “HDMI 2.0” standard, which allows the ability to transmit 4K video with an activation rate. The image is 60 hertz, and if the user wants to use a screen with a higher resolution, he can use 4 USB-C ports with a Thunderbolt 4 port.

The at least 16-inch version sees the return of the Magsafe plug, which is connected by a USB-C cable to a 140-watt adapter, which weighs 293 grams. Compared to previous MagSafe versions, the power cord’s magnet sticks more tightly to the body of the device, and the 16-inch model can be charged via a traditional USB-C cable, but it’s slower than the MagSafe fast charging mode.

The Touch Bar, which is a thin touch bar above the keyboard that has been launched in MacBook Pro since 2016, has disappeared from the new MacBooks, but it has not been very popular with users. 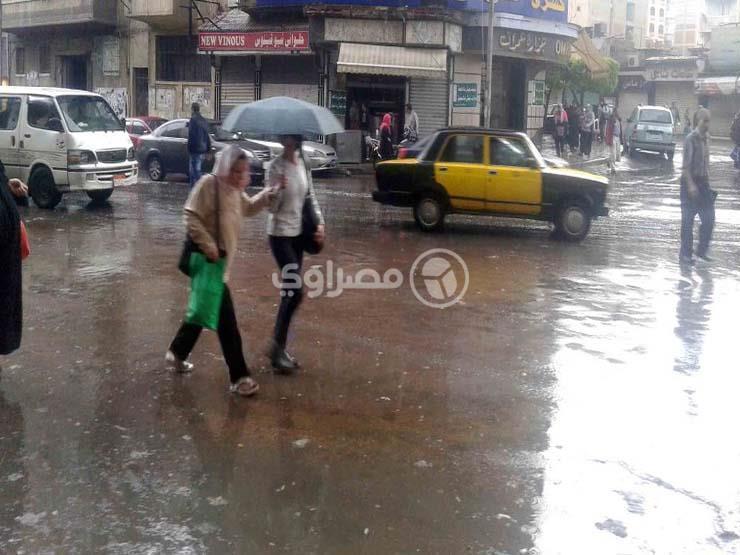 Weather.. a temperature drop of 4 degrees, starting from Saturday

Nam-ki Hong, “There is no plan to ease transfer tax for multi-residents”