How will the future of man, his values ​​and morals change in the digital age?

Digitizing the world is a sign of lack of interest in the meanings of existence, as well as interest in the meanings and verses in this existence. Therefore, numbering the world or digitizing it will make life activities mere procedures, meaning that human action will come out of the phase of freedom to the phase of mechanism, and if Freedom from this act necessitated a revolution in the identity of man, as well as a revolution in his values.

The danger lies in the fact that man will not have a share in his existence except to the extent of his subjection to the sweeping digitization or his endeavor to digitize himself before others digitize him. Feeling the consolidation of this coup.

This is how this time can be described for man as the time of the unreasonable, and the name of digital procedures and automated operations with intelligence is nothing but an illusion of the continuity of the mind’s action in existence, and the case is that existence witnesses the presence of the machine and the atrophy of man

That is, the European Parliament and Council, as well as the European Commission, for example, have begun to discuss the relationship of artificial intelligence to the value of democracy and the impact of all this on the bets facing Europe’s future technically, socially and legislatively, and thus raising the question about who directs the other, is it digital technology or the legislative institution, especially with Notice the collapse of many previously familiar institutions before the logic of the digital world that continues to dominate everything?

This, and our view of digital time is not from the point of view that it is one of the cycles of the development of science that man has been taking in order to facilitate his life and achieve his happiness, but rather in terms of how he communicated with the world, so that he puts on every activity his clothes, so there is no movement for this activity or that act Except with his permission, to the extent that he is moving towards the abolition of every institution that does not go along with him and to the destruction of every system that does not harmonize with him, not coercion – so far – but rather a lure. for its purposes and to facilitate its ends.

While the legal authorities that were more appropriate to give their opinion in such political affairs and electoral disputes stand far from the event, or rather confused, because of their deep conviction that the political action before them has entered a time that canceled its time and entered a phase that ended its phase.

This termination and cancellation did not stop at the limits of what was mentioned, but rather they are withdrawing even to the modernist references and beyond to the aforementioned institutions, because modernity is based on begging all the elements of reason in order to advance a modern life and society, but that this mind surrenders itself to digitals, giving up on His human being in favor of the digital being is a precursor to the question of reason in a postmodern society, and what is meant is the question of reason in the digital time.

This is how this time can be described for man as the time of the unreasonable, and the name of digital procedures and automated processes with intelligence is nothing but an illusion of the continuity of the mind’s action in existence, and the case is that existence witnesses the presence of the machine and the atrophy of the human being as a result of several considerations, including:

It is not for a claimant to claim that in this development of science in the service of human life and health, because sacrificing the life of the future life, like the case of the fetus, for the life of the one who gave birth to life or close to that for some reason, is preferring a life over a life in which the first was in order to preserve the value of life, taking into account its future as being One of the lofty meanings of the future of science as one of the physical manifestations.

Thus, it is not possible, in value, to deprive the future person of his life in order to give it to the one who managed it, and for the knowledge that he searches for other ways of treatment and relieving the pain other than the methods of robbery and robbery of the life of the future in order to give it to the mastermind. And his extended life considering his robbery, and thus the question remains: Is it fair for this mastermind to benefit from two lives, while the next does not benefit even from his endowed right to life?

The digital age has come to consecrate the act of intelligence in nature or things, canceling all consideration of the requirements of the act of meaning in the human self and its depths, and this is clearly evident in that it has begun to build a new reality by demolishing the reality familiar to us, and therefore the contemporary human being confused and closed the door to understanding what is happening around him From fundamental and accelerating changes that exceeded the horizon of meeting his needs to the horizon of a request to transform him by finding needs for him that he did not originally need, but he was needed by the fascination that digital development practiced on him, and therefore technology is no longer a servant to man, but has become served by him, and imposes its conditions on him.

This would serve the greedy and value-free economy, as it is in its interest to turn man into a mere commodity or consumer object, whether he likes it or not, and thus digital time has achieved great success because it was able to break into all areas of normal and familiar life and change its previous meanings, to the extent that we We no longer provide meaning by referring to concepts alone, but rather to things. The economy, school, and administration, for example, have no meaning by referring to them alone without describing them as digital. Therefore, it is necessary to talk about the digital economy, the digital school, and digital management..etc.

The identity of the human being has changed, or almost because it was separated from the determinant of its cultural, historical and social existence, and it was connected to a digital automatic device that was devoid of values, in a connection that reached the level of considering it the final end of existence.

But the question that remains pressing for us in light of these facts is: What price will a person pay for adding this epithet?

The reasons for imposing this same question are due to the effect that this epithet has had on life as a transformation, and a revolution in the human being. It is the society in whose relations we feel that human security.

The identity of the human being has changed, or almost, because it was separated from the determinant of its cultural, historical and social existence and was connected to a digital automatic device that was devoid of values ​​in a connection that reached the rank of considering it the final end of existence.

The features of this change emerge in the reversal of the concept of the self or the ego. There is no self or me except to the extent of his use of digital tools, to the extent of his delusion that he has become dominant over all of their contents, and that people only talk about himself and his ego, and to the extent that others comment on it or share it or They engage with it and watch it or put a like or something similar, so that its identity has been achieved, and thus the person is separated from his culture, history and society under the illusion that he is establishing himself through likes, interests and digital subscriptions.

Thus, this ego loses its identity from a party that it thinks it obtains, as it no longer has its uniqueness that defines its personality because it lost its freedom when it determined its existence in subordination to the applause of its followers and showing their interest in it with comment and admiration, and because it established superficial relationships with them driven by vanity and pressing the like button with a desire to appearing.

Accordingly, it seems that the digital machine, after it was able to lure the human into its world, has become penetrating the human behavior to establish a relationship with its psychological depth, reshaping it anew, a formation with which behaviors that had to be left or dwarfed aggravated, as with this digital development the desire of people increased to track the mistakes of others. Exposing them, fabricating lies against them, spying on them, documenting scandals and hostilities digitally, with no way to forget them with a desire for peace and the resumption of human relations based on overcoming longing and hatred. 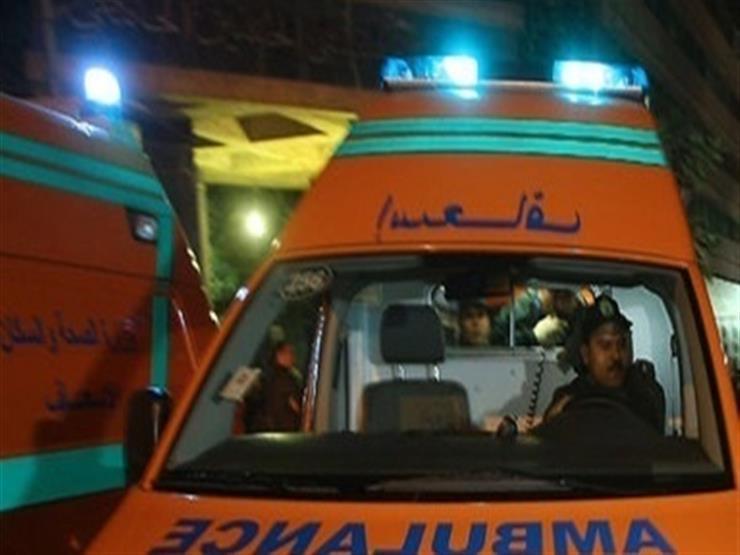 Corona .. Pfizer seeks to expand the license for the third dose, and Europe is approaching the approval of these two drugs