Afghan Foreign Minister: We will discuss with the Americans in Doha the lifting of the freeze on our assets and the start of new relations

The US envoy to Afghanistan, Thomas West, said that he will visit Doha next week to hold two-day meetings with the leaders of the Taliban movement, and the US State Department indicated that the talks will discuss America’s vital interests in Afghanistan.

Acting Afghan Foreign Minister Amir Khan Muttaki said that he will discuss in Doha with US officials lifting the ban on Afghan assets abroad, and opening a new page in relations with Washington. Mottaki is heading a government delegation to hold meetings with US and European officials next Saturday in the Qatari capital.

The Afghan Foreign Minister stated – in a statement to Al Jazeera – that he and a number of Afghan ministers and security officials went to Qatar to hold separate meetings with the US envoy to Afghanistan Thomas West and representatives of the European Union and the State of Qatar regarding the latest developments in the Afghan file.

Minister Mottaki added that he will discuss with the US side the lifting of the embargo on Afghan funds, and the nature of the Afghan interim government’s relationship with the international community, stressing at the same time his government’s commitment to the Doha agreement signed with Washington not to allow the use of Afghan territory to attack foreign countries.

The Afghan Foreign Ministry said that the delegation headed by the Minister of Foreign Affairs will visit Doha between 27 and 29 of this month to start a new phase of negotiations with representatives of the United States and the European Union.

Al-Jazeera correspondent in Kabul, Jamea Noor, stated that the Afghan delegation, which will hold consultations on Saturday in Doha, includes officials from the Central Bank, security officials and others from the Ministry of Education. The reporter added that the presence of the head of the Central Bank in the delegation means that Kabul wants to focus in the discussions on the issue of lifting the freezing of Afghan assets deposited abroad, which not only harms the government, but the entire people, according to Afghan officials.

Dominic Stillhart, director of operations for the International Committee of the Red Cross, said in the past few days that Afghanistan was sliding slowly towards the collapse of its economic and humanitarian situation.

Last week, the Afghan foreign minister sent an open letter to the US Congress calling for the release of Afghan assets frozen by the United States.

Last week, the Afghan foreign minister sent an open letter to the US Congress calling for the release of Afghan assets frozen by the United States.

Al-Jazeera correspondent in Kabul added that the second goal of the Kabul government behind the talks in Qatar is to obtain international recognition for the interim government formed by the Taliban movement last September after it seized power in the country, and the Taliban stresses that it has implemented all the obligations and conditions required of it in accordance with the Doha agreement. The agreement with the US government in 2019. The Afghan foreign minister said he did not see any justification for not recognizing the interim government internationally.

On the other hand, US State Department spokesman Ned Price said on Wednesday that “the US special representative for Afghanistan, Thomas West, will visit Doha next week to hold two-day meetings with Taliban leaders.”

“They will discuss … our vital national interests in relation to Afghanistan,” Price said.

“This includes the fight against terrorism, the safe passage of American citizens and Afghans to whom we have a special obligation, including humanitarian assistance and the economic situation of the country,” he added.

Earlier this month, West attended a meeting of the so-called “extended troika” that includes Pakistan, China, Russia and the United States to discuss the issue of Afghanistan, and the group also met with prominent representatives of the Taliban.

West was also part of the US delegation in meetings with Taliban officials in Doha on October 9 and 10, the first talks of their kind between Washington and the movement after the chaotic end of the two-decade US war in Afghanistan on August 31.

In another context, more than a thousand Afghans from the minority Shiite Hazara today lent their support to the Taliban government, welcoming the end of the “dark period” of previous Western-backed governments.

For the first time, representatives of this minority met today, Thursday, in the Afghan capital, Kabul, with Taliban officials to express their support for the new regime. the darkest” in the history of Afghanistan.

Mahdavi added that the new rulers of Afghanistan had “put an end to war, corruption and insecurity,” calling on the Taliban to form a more inclusive government and to reopen schools for girls. 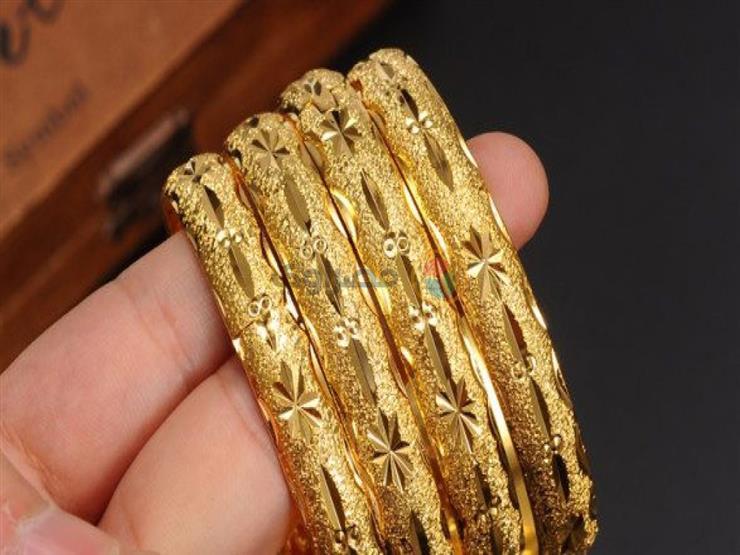 A significant drop in the price of gold today, Wednesday, in Egypt, with the beginning of trading

Ants tired of ‘water riding’, with Samsung Electronics’ selling advantage for the first time in a year