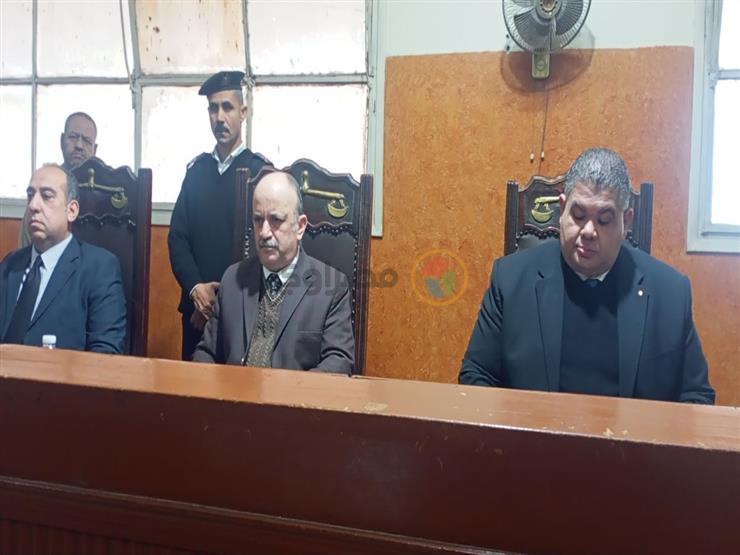 Today, Thursday, the Kafr El-Sheikh Criminal Court, the Fourth Circuit, decided to postpone the trial of 6 accused of killing a farmer in the Burullus Center, including the mother, her son, and her daughter, to a session on February 27, 2022, to pronounce the verdict.

The court’s decision, headed by Counselor Hossam Mohamed Saleh, head of the court and the circuit, and the membership of counselors Youssef Adly Khalil, Hamdi Moawad Abdel-Tawab, and the Secretariat of Mohamed Khalifa, was issued in the events of Case No. 1359 for the year 2021, felonies of the Burullus Police Station, and which is restricted to No. 55 for the year 2021, Keli Kafr Sheikh.

The details go back to the night of August 29, 2020, at the Burullus Police Station Department, when 6 defendants committed the murder of Shahat Atwa Saud Atwa, a farmer, who resides in the Burullus police station, with premeditation, including his wife, son, and daughter.

It was found that the accused, from the first to the fourth, were behind the killing of the aforementioned Burj al-Burlus farmer, by making their intention and determined to kill him, and prepared for this purpose white weapons and tools “a rubber collar, a scalpel, and a medical syringe.”

From the case papers, it was found that the defendants wrapped around the house with the key of the first defendant, which he keeps because he is the victim’s son, and they took advantage of his being in his sleep. Scalpel, and stabbed him in the stomach.

The case papers indicated that the second defendant placed a rubber collar on the victim’s neck, and strangled him, all intending to kill him and inflicted the injuries described in the attached anatomical report, which claimed his life.

The first general attorney of the Kafr El-Sheikh Public Prosecution also instructed the 4 defendants that, in the same time and place, they stole the movables of the aforementioned victim, estimated at 52 thousand and 54 pounds in the investigations, and that was at night when they carried white weapons and other tools used in the incident, and they were also accused of making Blank weapons without a license.

He charged the fifth defendant, his daughter, and the sixth his wife, accusing them jointly with the first, second, third, and fourth defendants, of committing the crime of murder by means of incitement, agreement and assistance, and they incited the defendants to kill the victim, and they agreed with them on that, by financing sums of money to commit that crime. As well as the purchase of weapons necessary to carry out the crime.

The trial of the accused of killing a farmer in the Burullus Center, in front of the “Fourth Circuit”, in the Kafr El-Sheikh Criminal Court, today, Thursday, witnessed a confrontation between the accused, the son of the victim, and his mother, the sixth accused.

The court, headed by Counselor Hossam Muhammad Salih, was surprised by the accused, “HAA”, asking to leave the dock to speak to the court, while the head of the court agreed to his request, and it was found that he had confronted his mother, the sixth accused in the case, and he admitted in detail what happened between them about the execution of the crime.

The defendant told the court: “I did not find the father who was sympathetic to me, and he was a Marbanish, and he taught me right and wrong, and my mother was the reason for my hatred for my father. I want to redeem her, but I did not know anything, and that this mother is the cause of all the error.”

Pfizer President to Figaro: Soon we will resume our normal life

The price of hamburgers goes up… Lotteria to raise average daily rate of 4.1% next month