After gouging out a student’s eye, the Public Prosecution office interrogated a school principal and a teacher in Menoufia 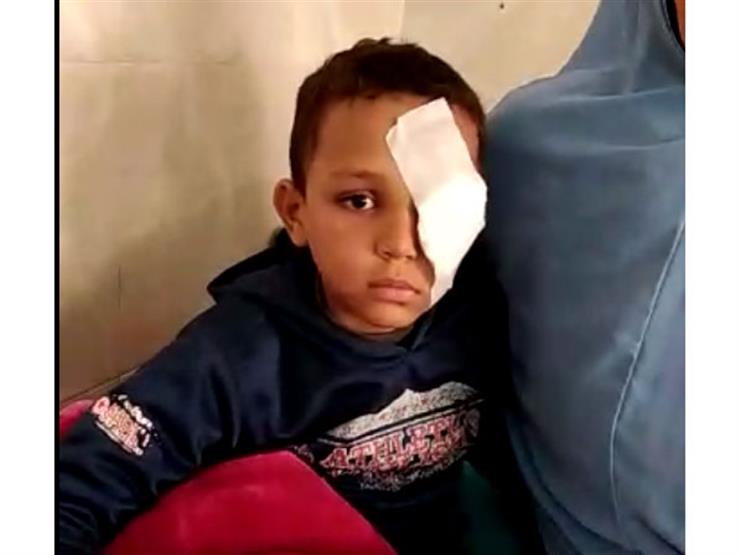 An official source in the Directorate of Education in Menoufia Governorate confirmed that the Public Prosecution is conducting investigations with “HA”, the principal of an elementary school affiliated with the Tala Educational Administration, and a teacher named “SA”, against the background of gouging out the eye of a third-grade student, as a result of an incident of neglect. .
The source added, in exclusive statements to the “Masrawy” website, that the prosecution team moved to the school in question today and inspected the place, in addition to discussing 3 students to find out the details of the incident that put the student’s eye out, “Mohamed Hussein.”

According to what was said by the mother, the director asked the teacher of the second class to send strong children, to carry the feeding cartons and transport them to the classes. The little boy’s face was covered in blood and he screamed in pain.
Mabrouka Muhammad Ibrahim, the mother of the child Muhammad Hussein, who lost his eye, said that the incident happened last Monday, December 27, when the child went out to his school while she headed to her field, and during that she was surprised by a person working in her son’s school asking her to meet the school director immediately, and when she entered, she found her child lying on the bed. Two chairs, his face covered with a piece of cloth.

She learned that he was hit in the face while carrying feeding cartons and collided with the “door oak”, and she and her brother-in-law who accompanied her to school were surprised that the principal did not call for an ambulance despite the passing of an hour and a half, so they called for an ambulance immediately, and indicated that she heard conflicting accounts about the accident, between his fall On the feeding carton, he fell on the stairs, while one of them said that the child fell into the school bathroom and was injured as a result.

The mother said: “I went with my son in the ambulance to calm and reassure him, and during that time the paramedic asked to replace the piece of cloth with cotton, and I was surprised that he did not have an eye.”
The mother continued her speech to the “Masrawy” website: “My heart burned when I first saw my son’s eye, it was not there, and I made a report against the school principal, the teacher of the second class, and the nutrition supervisor.
The mother concluded her speech to Masrawy, saying: “Now I want my son to travel to be treated by land or to have a cornea transplanted.

He went out the eye of a child in a school in Menoufia.. and the mother: “I sold him, he learns, he came back without his eyes” – Pictures

Scientists are puzzled: why do creatures sleep? Why would you die if you were deprived of sleep?

Detect and treat for free.. Health warns: 6 symptoms that reveal that you have diabetes