Battles expected to happen in 2022

A year that witnessed many events, the attack on the US Capitol Building, the bloody conflict in Ethiopia, the Taliban terrorist movement’s seizure of the Afghan capital, Kabul, the occurrence of clashes between the great powers over Ukraine and Taiwan, the waning of American ambition on the world stage, with the outbreak of the Corona virus. It is a long year in which it is easy to see the world deviate from its normal course.

However, Foreign Policy news magazine said that things are better than they seem, by some measures you can see the decline in wars, the decrease in the number of combat deaths worldwide since 2014.

According to the reports issued by the Uppsala Conflict Data Program, by the end of 2020, the number of combat deaths was lower than it was seven years ago, possibly due to the decline in the incidence of battles in Syria to a large extent.

However, the number of dead victims of the battles reveals only a small part of the death toll from wars; In Yemen a huge number of civilians, mostly women and children, are dying of starvation or diseases that cannot be prevented due to the spread of violence.

Millions of Ethiopians suffer from severe food shortages due to the civil war between government forces and the rebels, and the fighting in the Sahel region is causing many deaths, in addition to the displacement of millions from their homes.

In the following, Foreign Policy magazine reviewed a number of wars and conflicts that are expected to erupt or continue during the next year:

It remains unclear whether Russia, massing its forces on the Ukrainian border, will invade its neighbor or merely threaten it.

The Ukraine war began in 2014 when Putin became angry after the West supported the ouster of the Ukrainian president, who had been a close ally of Moscow, occupied Crimea and backed separatists in the Donbass in eastern Ukraine.

In order to end the crisis, in 2014, Ukraine signed two peace agreements, the Minsk Accords, and since that time the separatists have controlled two breakaway regions in Donbas.

The conflict flared up again some time ago, the truce agreed by Putin and Ukrainian President Volodymyr Zelensky collapsed, and months ago the Russian president massed more than 100,000 troops near the border, but withdrew many of them weeks after his meeting with US President Joe Biden.

Analysts say that Russia may be aiming to force Kiev to agree to some concessions, especially after Putin is angry that Ukraine has not adhered to the two agreements, especially regarding the separatists, but given Putin’s track record of aggressive military operations, Foreign Policy says no one should be left out. A new military adventure occurs in the region.

Iran, the United States and Israel

The maximum pressure policy pursued by the United States during the rule of former US President Donald Trump may be over, but with fading hope that the Iranian nuclear deal could be revived, a new escalation between Tehran and Washington is likely.

US President Joe Biden pledged to join the nuclear deal after taking office, following Trump’s unilateral decision to withdraw Washington from it in May 2018.

According to Foreign Policy, the Biden administration wasted time in its position on who should take the first step, but at the same time it has held several talks that have made remarkable progress in recent months.

Although Tehran did not withdraw from the agreement as Trump did, it is still playing with fire, according to Foreign Policy.

In the event of failure to restore the deal in the coming months, it is likely that the original agreement will become the subject of discussion.

There are a range of options that may help end this crisis, including diplomats trying to seek a more comprehensive agreement, but ending the original agreement may lead to major problems, or they can seek a temporary arrangement that limits the continued progress of Iran’s nuclear, and sanctions relief .

Two years ago, Ethiopia was a good news story that calls for optimism, as the Ethiopian prime minister pledged to turn the page on decades of oppressive rule, but more than a year of fighting between the Ethiopian army and the Tigray People’s Liberation Front tore the country apart.

The brutal fighting exacerbated the conflict. Abiy Ahmed portrayed the war as a battle for the survival of the Ethiopian state, and accused the leaders of the Liberation Front of power-hungry corruption, who were trying to end his vision of developing the country.

In contrast, the leaders of the People’s Liberation Front say that their offensive that sparked the war followed a campaign launched by Ahmed and his friend, Eritrean President Isaias Afwerki, to subdue the Tigray.

The continuation of wars may lead to more disasters. The fighting caused tens of thousands of deaths and displaced millions of Ethiopians from their homes.

Foreign Policy says all sides are accused of crimes and atrocities, noting that most areas in Tigray are close to starvation.

After the recent developments on the battlefield; Tigray leaders made a prerequisite for talks with the government, which was that troops leave the disputed areas they captured in the west of the region.

The regime forces also announced that they would not advance further to try to defeat the rebel forces in western Tigray.

After ISIS lost the capital of its alleged caliphate in the Middle East in 2017; Africa has had some fierce battles between governments and jihadists.

Islamic militancy in Africa is nothing new, but revolts linked to ISIS and al-Qaeda have escalated in recent years.

Foreign Policy says that governments it has described as weak are facing smart armed factions in remote areas, where governments have little influence.

Some parts of the African coast – according to Foreign Policy – witnessed bloodbaths as a result of the fighting in which jihadists participated, stretching from northern Mali to the center of the country, to Niger, and across the countryside of Burkina Faso.

Boko Haram rebels have lost large swathes of northeastern Nigeria that they controlled several years ago, and the movement has disintegrated, but splinter groups still pose a significant threat around Lake Chad.

In East Africa, Al-Shabab, the continent’s oldest Islamist insurgency, remains a potent force despite more than 15 years of efforts to defeat it.

The region of northern Mozambique and eastern Democratic Republic of the Congo has also seen the emergence of the latest jihadist movement, a group of rebels who are demanding the establishment of a new state for ISIS, and launched their attacks on security forces and civilians, and their attacks resulted in the flight of nearly a million people.

At the same time, Foreign Policy said that if foreign efforts decline, the dynamics on the battlefield will undoubtedly shift, perhaps decisively in favor of the insurgents and militants, and al-Shabab may be able to capture the capital Mogadishu just as the Taliban have managed to capture Kabul.

In the midst of what is happening, foreign forces find themselves facing a major dilemma, according to Foreign Policy – unable to achieve their goals but fearful of the consequences of withdrawing if they leave the country. Therefore, foreign forces have to cooperate more with civilians, while the country’s governments work to repair their relations with the rural people to help them tighten their grip on the terrorists.

If the year 2021 ends one chapter of Afghanistan’s decades-old tragedy, another chapter will begin next year. Since the Taliban took over the Afghan capital, Kabul, a humanitarian catastrophe is on the cusp.

United Nations data indicates that millions of Afghan children may starve to death. Western leaders are most to blame, Foreign Policy says.

After the fall of Kabul to the Taliban, the country suffers from an economic crisis that the leaders of the jihadist movement deny, the new government cannot pay the salaries of employees, and Foreign Policy said the financial sector is paralyzed. Moreover, the Taliban are facing fierce battles with the local branch of ISIS.​

Prime Minister Kim “Disaster subsidy, the National Assembly must budget for it to be implemented… The government has no way.” 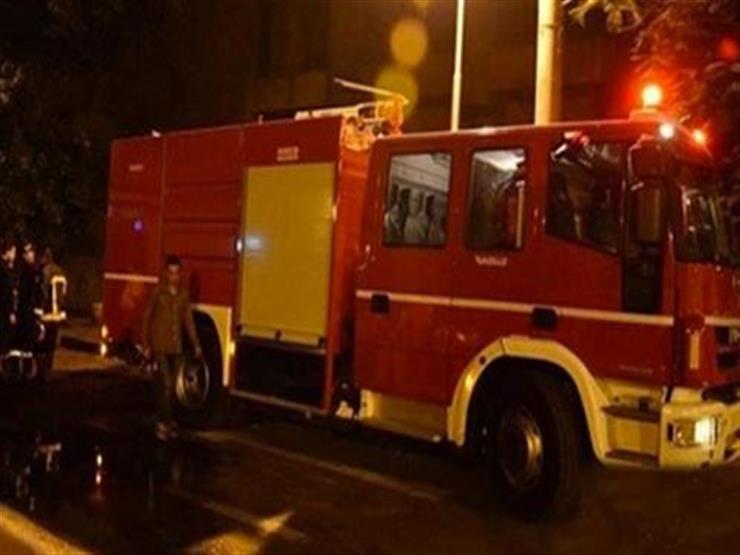