Because of Corona, money and the unwillingness to have children, Russia may face a demographic disaster

Moscow- Despite the start of widespread vaccination against the Corona virus in Russia, the second year of the epidemic witnessed a loss of life, reaching the point of describing it as a “demographic catastrophe.”

The death rate in the country increased with the increasing natural decline in the population, despite the recovery of economic indicators, according to the government and central bank data.

According to the State Statistics Service “Rostat”, the number of deaths in the country between January and October 2021 reached about two million people, exceeding the figure in the same period in 2020 by 20%, and in 2019 by more than 30%, This has led to a record population decline since 2005.

‘We are losing the people of the country’

It is noteworthy that the year before the pandemic (2019), recorded a significant decrease in the population as well. “We are disastrously losing the country’s population,” Deputy Prime Minister Tatiana Golikova said at the time, and “our birth rate is declining, while death rates are rising.”

According to Rosstat data for this year (from January to October), the Corona virus became the main cause of death for more than 315,000 Russians, and was accompanied by about 60 thousand other deaths.

As in 2020, the majority of deaths from coronavirus in 2021 will still be elderly.

And at the beginning of this year, the Ministry of Health announced the need to achieve “herd immunity” at the level of 60% of the adult population of the Russian Federation.

But it seems that with the spread of new strains of the epidemic, this is not enough. The limit has risen to 80% of the adult population. The fall of 2021 was set as a date for this, but so far the goal has not been achieved, whether with a carrot or a stick.

58% of Russians are vaccinated

Based on the data of the Russian government’s “Stop Corona Virus” portal, published on the 17th of this month, more than 70.8 million citizens have been fully vaccinated, and thus “herd immunity” in the Russian Federation has reached about 58%.

According to the Federal Agency for the Protection of Consumer Rights and Human Welfare “Rospotrebnadzer”, herd immunity is calculated according to a special model, which takes into account only those who contracted the disease and were vaccinated at least 6 months ago, based on detailed data in the registry of the Ministry of Health, which confirms that re-immunization Vaccination is just as important as the initial vaccination.

Russian experts point out that the second year of the epidemic showed that the story does not end with the invention of the vaccine and the launch of a vaccination program, and mass immunity does not need to be achieved once, but it must be learned how to maintain it at a constantly high level.

They stress that given the current rates of infection and vaccination, achieving the transition to the new equilibrium may take 5 years.

Other causes of the demographic problem

However, there are those who see other reasons for the decline in population numbers, the most common of which is “money problems”. But press spokesman for the Russian presidency, Dmitry Peskov, said – earlier – that the decrease in the population is due to the decrease in the number of women who are able or willing to give birth.

The teaching assistant at the Higher School of Economics Oleg Matveev attributes the reasons to the 1990s, which is associated with poverty for the older generation, non-payment of pensions and wages, and a shortage of basic materials, as the death rate exceeded the birth rate in that era by 1.5 times.

At the time, Matveyev recalled people’s fear of having, raising and educating children, in light of the collapse of institutions and the suspension of salaries for several months.

You need people and workers

As for the specialist in Russian history, Maxim Artemov, he believes that the current pace is just a continuation of the rise in deaths that has prevailed during the past three years, refusing to consider the Corona virus responsible for such a “failure”, because it constitutes only 20% of the increase in deaths, as he put it. .

He points out that the United States – the most affected by the Corona virus – witnessed a population growth of more than one million during the past year.

“There are no simple recipes to solve the problem, no resources to increase life expectancy,” says Artyomov, adding that the greater the number of pensioners in the country, the greater the social burden, and the fewer workers and people of childbearing age.

According to him, Russia needs not only to increase the population, but also to improve its quality.

With the drive to have children low, and the demographic shortfall not expected to be resolved in the foreseeable future, the historian says, “Immigration policy remains the solution.”

Accordingly, Artyomov says, the state should be attractive not only for low-skilled workers, but also for access to education, and participation in building a “smart” economy.

He concludes that Western countries have followed the path of importing ready-made labor from Africa, Asia and Latin America, to compensate for the demographic imbalance, which requires the Russian government – in addition to this option – a complete restructuring of the economic and social model.

Contrary to this, the Russian historian believes that no breakthroughs should be expected with regard to demography, but rather the population will steadily decline, and with it Russia’s role in world politics will diminish. 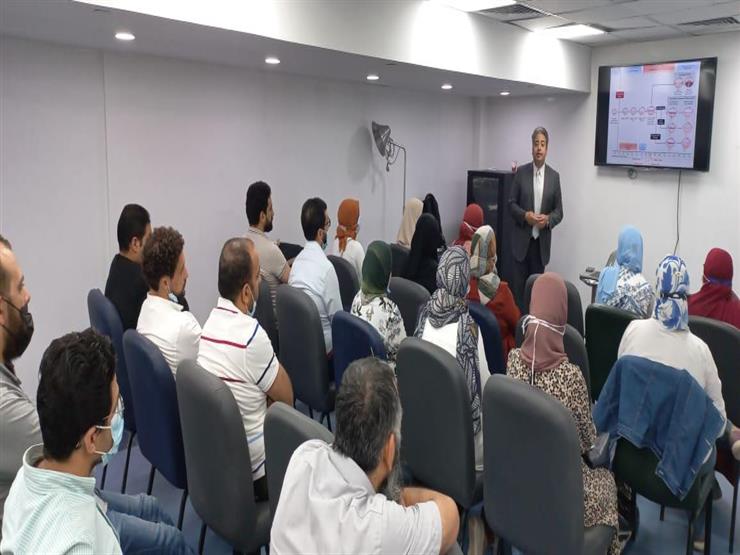 The Ministry of Health trains doctors to detect retinopathy

Corona .. America is waiting for difficult weeks and record numbers of injuries in France and Italy