Craft: shortage of young people in the construction industry 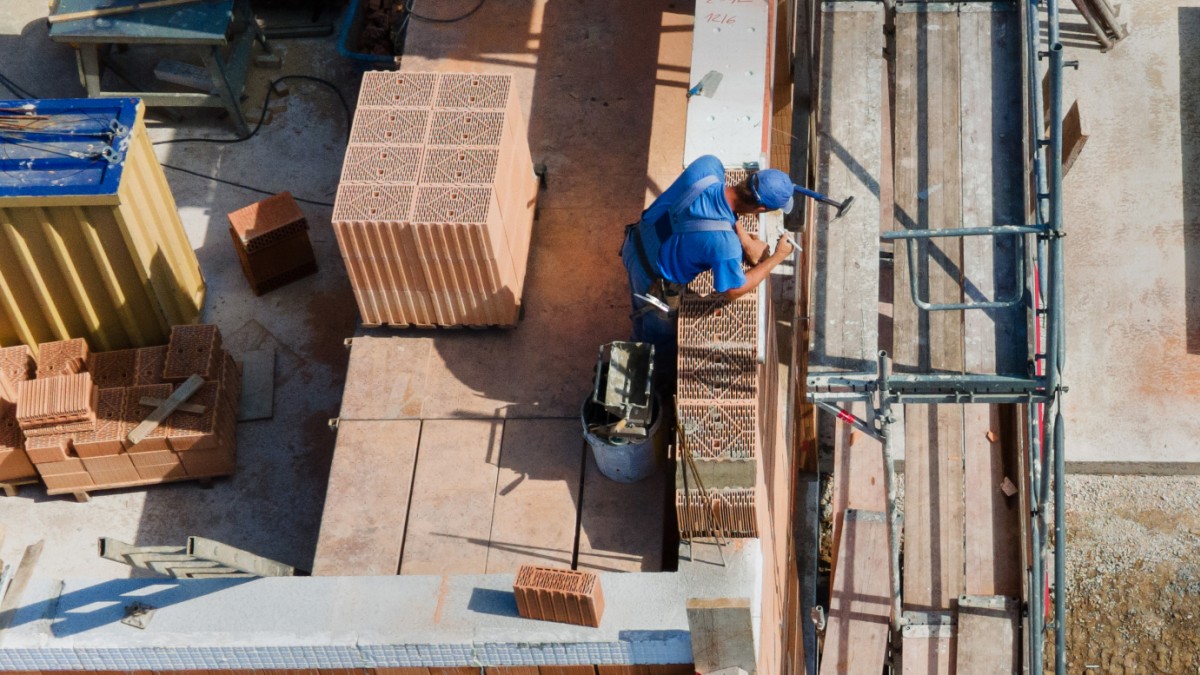 At first glance, construction work is desirable. According to the construction industry’s social security funds, the number of trainees for the current apprenticeship year 2021/22 has increased by almost six percent compared to the previous period. “This is a more than gratifying development,” says Felix Pakleppa. The managing director of the Central Association of the German Construction Industry (ZDB) is confident.

But not all of them are quite as optimistic as Pakleppa. Many craft businesses find it difficult to find suitable offspring. The ZDB refers to figures from the German Employment Agency: there are 38,000 apprentices in the construction site, but more than 15,000 apprenticeship positions remain vacant. Entrepreneurs therefore have to come up with something if they do not want to end up without offspring. Waiting for applications is no longer enough, according to the Central Association of the German Roofing Trade (ZVDH). In the meantime, the company has to apply to the trainee and not the other way around. Because the competition is fierce, also from companies outside the construction industry. “Above all, technical professions are in demand,” says Jens Christopher Ulrich, spokesman for the Chamber of Crafts for Munich and Upper Bavaria. At the top of the list: electronics technicians and automotive mechatronics technicians.

Industrial companies score not only with interesting jobs but also with regular working hours and – in the event of problems – with a works council. The construction industry, on the other hand, suffers from a bad image, to which it partly contributes itself. There is still a rough tone on many construction sites, and some company bosses expect constant readiness to work overtime. Because many younger people give leisure and family a higher priority and thus more time. Sayings like “apprenticeship years are not master years” put off young people. “This calls for a rethink,” says Claudia Büttner, spokeswoman for the ZVDH.

A kind of etiquette for vocational training should also help the members. In it, company owners will find information on how to conduct an appraisal interview, how the company should welcome trainees on the first day and that small gifts for Christmas keep trainees and interns engaged. “Young people want to be valued and feel good,” says Büttner. Those who do not go along with this should not be surprised if their company can no longer find apprentices.

There are still few applications from women in the industry. “We try to break down common prejudices and get women interested in the roofing trade,” says Büttner. Above all, trades that can draw attention to themselves with current topics have an advantage. The Central Association of German Electrical and Information Technology Crafts is putting the aspect of sustainability in the foreground in a new image campaign. Bringing solar systems to the roof and thus contributing to climate protection arouses interest among young people, according to the association.

It is also important to be present on social media. “Instagram has proven its worth in reaching young people directly, and Tiktok is also becoming increasingly important,” says Ulrich. That is a little different with the older generation. Parents, uncles or aunts are more likely to romp on Facebook, read job advertisements in the newspaper – and point out apprenticeships to young family members. Participating in job fairs is actually a must. There, however, there is one stand next to the other, trade next to trade. “It’s about luring young people to their own booth, drawing attention to themselves and awakening their curiosity,” says Ulrich.

So you have to come up with more than just handing out a few flyers. One person who has recognized this is Matthias Schomberg, managing director at Schomberg + Co in Dortmund, a company for roofs, facades and solar systems. “We bought a VR camera and VR glasses for five to ten thousand euros and had a film made that gives an insight into our work, for example what it’s like to look down over the edge of the roof.” That attracts people to his stand, and so he also finds suitable candidates for apprenticeships.

Schomberg doesn’t just rely on trade fairs: “You have to use as many contacts as possible.” The local employment office, a secondary school from which student interns come, an educational institution that sends him “more difficult young people,” as he calls them. He has had good experiences with applicants who are between 25 and 30 years old and who have noticed that they want to do something different in life and want to reorient themselves: “If the mental switch is flipped on them, it can to become something.”

Al-Burhan.. From an unknown general to the strong man in Sudan

Accelerated Judaization plans… What is going on under the land of Silwan, the Al-Aqsa garrison?