“Directives of the political leadership and serious steps” .. The speech of the Minister of Interior at the opening of the Badr Reform and Rehabilitation Centers 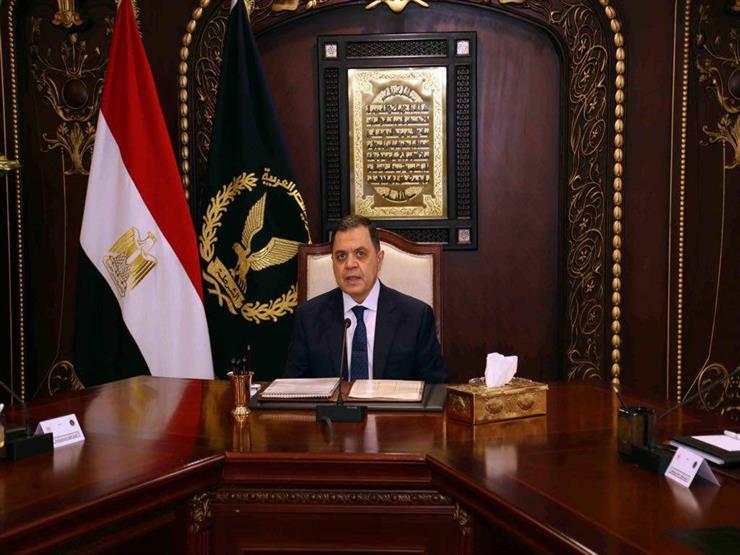 In the speech of Major General Tariq Marzouk, Assistant Minister of Interior for the Community Protection Sector, during the opening: “Dear guests, we welcome your honor to honor this event, which comes as a true translation of the Ministry of Interior’s approach to consolidating concepts of human rights in various areas of security work.”

He added: “The ministry’s efforts, at various legislative and executive levels, were launched to change the concept of prisons to become centers for reform and rehabilitation, which is a unique model that reflects the prospects for development, modernization and modernity, not only for exemplary penal and correctional institutions at the regional and international levels, but also for the contemporary security strategy of the Ministry of Interior, which has given special attention. In penal institutions, policies and plans for this have been drawn up within the framework of national legislation and international standards for the treatment of detainees, and in light of the basic principles of the national strategy for human rights launched by Egypt under the auspices of the President of the Republic and which comes within the Egyptian state’s approach to providing a decent life for all citizens.

The Assistant Minister of Interior continued: “The community protection sector is keen to implement the directives of the Ministry of Interior regarding activating aspects of social care for inmates of correction and rehabilitation centers by creating a record for each inmate that includes a comprehensive research on his condition in terms of social and psychological aspects and any changes that occur to it, taking into account maintaining the strict confidentiality of those Research within the framework of protecting the confidentiality of data, as well as a comprehensive study of the inmate’s personality to find out his tendencies and tendencies in preparation for determining the appropriate method for evaluating his behavior and concepts with the help of psychologists and sociologists in a way that qualifies him to positively interact with society after his release.

He explained: “The sector pays special attention to empowering and protecting inmate women through many rehabilitation programs and various aspects of care that extends to her close care of her infant until the age of two years, providing the appropriate climate and places to receive her children during visits to not negatively affect these children psychologically, in addition to building bridges. Cooperating with civil society organizations to train them in various trades and skills.

Major General “Marzouk” said: “On the other hand, the disabled inmates of the correctional and rehabilitation centers had a greater share of aspects of care by providing means of accessibility in the facilities of the centers and drawing plans for treatment, treatment and guidance in proportion to their health and physical condition.

He continued: “Today’s activities come as a continuation of the ambitious and steady steps being carried out by the Ministry of Interior to establish reform and rehabilitation centers to be an alternative to the current public prisons that will be closed, as the actual evacuation of 12 public prisons is currently taking place after the trial run of the Wadi El-Natrun Reform and Rehabilitation Center has ended and its transition to actual operation. The trial operation of the “Badr” Correction and Rehabilitation Center has begun, which includes 3 sub-centers that have been prepared to receive inmates who spend short periods, or whose circumstances do not allow them to work in the productive sites of the reform centers. And marketing them for their benefit so that they are valid elements of their society after their release, and two other public prisons will be closed after the actual operation of the center.

He stressed: “Our will is strong in confirming the national message of the Egyptian police and in integrating the principles of human rights into all security work items, and the ministry is currently working – with all seriousness – to quickly establish the rest of the reform and rehabilitation centers and close all traditional public prisons, and it is planned – in implementation of the political leadership’s directives – That the second phase of the establishment of these centers begins, along the lines of the Wadi El-Natrun Center in a number of governorates of the Republic, in order to allow a balanced geographical distribution of places of detention, and to ensure a humanitarian response to the requirements of the families of inmates of penal institutions in facilitating their visits to the families of the convicts.

He concluded his speech: “May God preserve Egypt as a beacon of civilization, knowledge, progress and security, and perpetuate its security in the hands of its loyal sons.”

The weather tomorrow.. Meteorology reveals the date of the improvement in the weather.. and clarifies the state of rain

A hot water pool in northern Iraq is visited by people with skin diseases.. What is the truth about its therapeutic feasibility?