On the anniversary of the London conference of Saddam’s opponents… Why do the new Iraqi politicians fail to fix what Bremer spoiled?

The independent politician Sadeq al-Moussawi considered that everything that was written about the post-Saddam era, with the agreement of all the political forces, ended with America announcing the occupation of Iraq and sending the civil governor, Paul Bremer, to it.

Baghdad- 19 years after holding the last conference of the Iraqi opposition to the regime of the late President Saddam Hussein, known as the London Conference in December 2002, a question arises among the Iraqi street: Did this opposition achieve its desired goals and recommendations that resulted from the conference that paved the way for the American invasion that toppled Saddam in 2003.

Among the questions also: Did the former opponents adhere to the recommendations and decisions of the conference after they took over the reins of government in Iraq? Was compatibility and quotas among the goals? Is the principle of true democracy achieved? Has the new constitution fulfilled the people’s demands and aspirations? What about unity and peaceful coexistence?

Professor of Media at the Isra University College, Dr. Nizar Al-Samarrai, says that the thing that was achieved from the London conference and we do not know many of its secret provisions is the quota, where the parliamentary representation – and therefore representation by authority – was divided according to the components and in certain proportions that are in force so far, as well as working according to consensual democracy that Countries resort to it to preserve the rights of minorities. Despite this, true democracy has effectively disappeared, and the principle has become the division of power and work on the quota system in the form that fragmented state institutions, to the extent that each institution became operating separately from the other.

Al-Samarrai explained – in an interview with Al-Jazeera Net – that the unity of the country and society is heading to collapse, especially since there are attempts to dismantle the Iraqi state under different names such as regions, decentralized administration and component rights, from which even liberal parties are supposed to adopt a comprehensive identity away from sub-identities. sectarian or ethnicity. As for civil peace, although it is somewhat stable, it is a fragile stability with the continuation of the militarization of society and the spread of weapons, which has become the actual ruler and control of the political, economic and military situations, which is reflected in various events, even sports and cultural ones, in a way that makes domination and acquisition the main principle According to which political actors operate, and thus the London conference succeeded in dividing the political structure of society, and legitimizing foreign interventions in the Iraqi affairs.

The London conference aimed to gather the opposition parties to the Iraqi government at the time, and to prepare for the post-Saddam Hussein era, as the United States was preparing to invade Iraq and remove Saddam, while the majority of opposition political parties and movements, Islamic and liberal, participated in the conference.

The Iraqi politician and former MP, Dr. Mudar Shawkat, who is one of the participants in the London conference, believes that the conference came to give Iraqi legitimacy to eliminate what he described as the most notorious dictatorship the world has known, and that the recommendations and objectives of the conference were implemented in the lesser part and not in the greater part, warning that the constitution – Which did not exist in the first place in the era of the previous regime – would have met the aspirations of the people if it had been applied in its spirit, not only in its form.

In response to a question about whether real democracy was achieved after the change, Shawkat told Al Jazeera Net that democracy in Iraq was applied on the one hand and defrauded on the other, because the people agreed to be exploited by a section of the people, noting that whoever led Iraq to what we are now did not They attend the London conference.

On the other hand, the independent politician Sadiq al-Moussawi – who is also a participant in the conference – believes that everyone who wrote about the post-Saddam era, with the agreement of all political forces, ended with America declaring the occupation of Iraq and sending the civil governor Paul Bremer to it, indicating that the quotas created by the Americans, and there is no end This is a cancerous gland as long as there is a Kurdish Shiite fear of the emergence of a “new dictator who will oppress them.”

Al-Moussawi believes – in his speech to Al-Jazeera Net – that there is a need for massive popular pressure to change the constitution, and it is the only tool to change the situation in Iraq, and with this constitution it is very difficult to get out of the mistakes and complexes left by Bremer, as well as the Kurdish complex that stands in the way of reform. , because of their ambition to self-determination through the establishment of a state, and this is what makes matters difficult for Iraq, as it charts a path different from what exists, but with popular pressure from the south and the center, it will push for change.

For his part, Professor of Economics at Basra University, Dr. Nabil Al-Marsoumi, believes that the rate of poverty and unemployment has increased with the passage of time, contrary to what was stated in the final statement of the London Conference, which emphasized the reform of the economic and political reality as well as the rights of minorities. On the economic side, the statement referred to the economic deterioration that Iraq was experiencing, the size of resources and the solution to the debt problem owed by Iraq, but after about 20 years since the issuance of the final statement, the poverty rate in the country has not decreased, but rather reached 31%, as well as the level of unemployment is constantly rising. The infrastructure is dilapidated.

Al-Marsoumi told Al-Jazeera Net that no real recovery occurred for Iraq throughout this period, and it remained captive to its oil sector with the accumulation of crises, especially since the nature of the political system is based on political quotas, as it prevented the advanced Iraqi cadres from having a major role in leading the economic side.

On the security and military level, security expert Safaa Al-Asam says that everyone was optimistic about the process of regime change that took place in 2003, and we expected that there would be better organization at the military and security levels, but this did not materialize, especially after Bremer’s decision to dissolve the former army, which was reflected Negatively on the performance of the military institution, especially since the process of building new military capabilities required Iraqi capabilities, but the US approach prevented this at the levels of armament, training and equipment.

Al-Asam confirms to Al-Jazeera Net that the military institution has developed in recent years, especially after 2014, and we expect the Iraqi army to be more efficient in the coming years after gaining more experience in fighting the Islamic State in cities and in difficult circumstances, pointing to the importance of eliminating quotas in the military institution from By removing the incompetent in the military leadership, adopting efficiency and integrity at work, and banishing political interference in the work of the army.

The participants in the London conference stressed – within the recommendations – the importance of rebuilding the Iraqi military institutions and armed forces in a sound professional and patriotic manner, away from the militarization tendencies of society, internal conflicts and policies of national and sectarian discrimination.

For his part, political analyst Ibrahim Al-Sarraj believes that the decisions of the London conference were not officially documented, and a copy of them was not deposited with the United Nations according to the established contexts, which made its decisions ink on paper, and it seems that the US administration has deceived the political parties and personalities involved in the conference in order to gather the opponents Saddam’s regime and benefit from them in the post-toppling stage, and to ensure their agreement to move militarily to invade Iraq.

Al-Sarraj told Al-Jazeera Net that the political parties opposed to the regime did not pressure the US administration in the field of building a real and stable democracy that ultimately leads to good governance and respect for human rights and freedoms. The Iraqi constitution also bears dozens of mines and mistakes that obstructed democracy, and the consensus on which the political process was built and under American orders has torpedoed the constitution, and with it the establishment of any real democratic system.

Ask the doctors, not club officials.. Liverpool complains about the busy schedule in the midst of the Corona outbreak 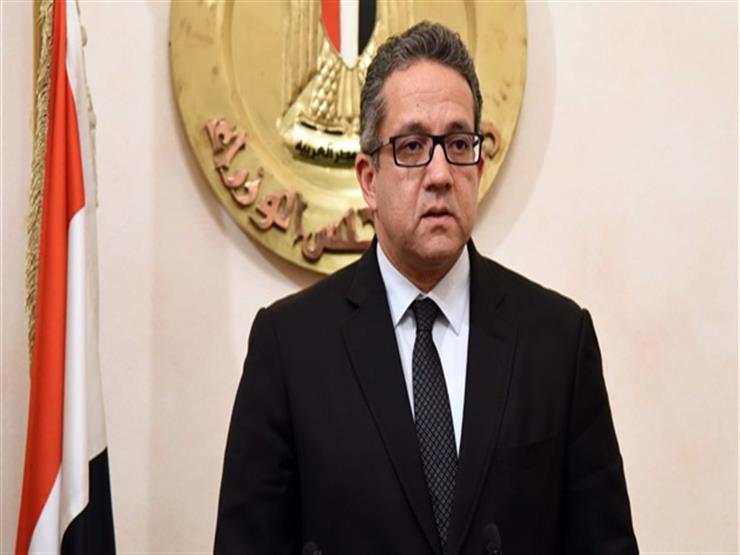 Umrah season.. Learn about the requirements for pilgrims to travel to perform the rituals

Military captures the North Korean scene 5 times and misses it… President Moon “The situation repeats… You have to be careful.”