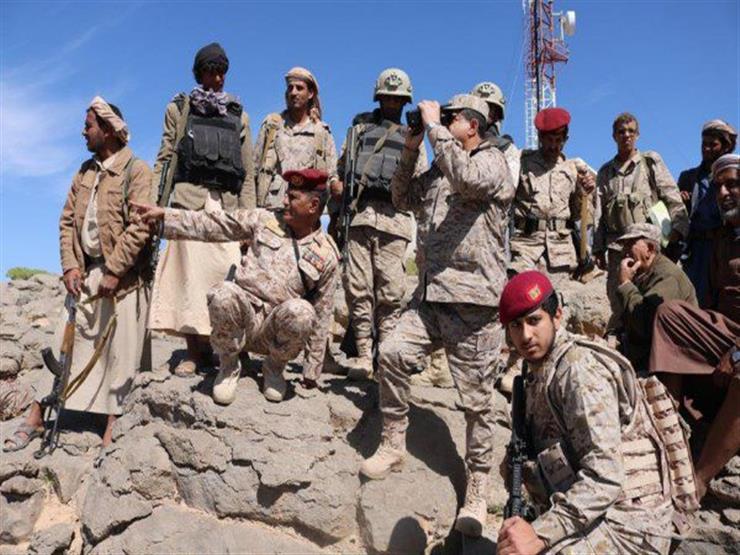 The Coalition to Support Legitimacy in Yemen asked civilians to evacuate the Al-Sawadiya camp in the Yemeni governorate of Al-Bayda; for their safety.

The coalition said in a statement reported by the Saudi (Al-Ikhbariya) channel this evening, Thursday, “The Houthis launched two ballistic missiles from the Al-Sawadiya camp, and created a customs center in the camp, and took civilians as human shields.”

The coalition confirmed that it is taking legal measures to deal with any threats from the Houthi militia.

And the coalition had reported – earlier today – that its forces had carried out 22 targeting operations against the Houthi militia in Marib during the past 24 hours, stressing that the targets in Marib destroyed 15 Houthi military vehicles, and casualties exceeded 150 members.

This comes as Yemeni news reported that the joint forces were killed and wounded in Markha district, Shabwa governorate, after they were targeted by a Houthi ballistic missile.

Military sources said that about 14 soldiers were killed and 13 others were injured, according to an initial toll, as a result of the Houthi missile attack on gatherings in Khamouma camp in Markha district, Shabwa governorate, noting that a number of wounded arrived at Ataq Hospital.

The area is witnessing a mobilization of the Giants Brigades, with the arrival of reinforcements to purify the district of Bayhan, Ain and Usaylan from the Houthis, and cut the supply lines to the militias heading towards Ma’rib Governorate. Britain: The House of Commons approves the restrictions of Plan B to deal with Corona

To preserve its secrecy, Trump asks the judiciary to prevent documents from being handed over to the Capitol Investigation Commission