“We want to move their market” .. How did Abdul Hamid al-Dabaiba anger the single women of Libya? 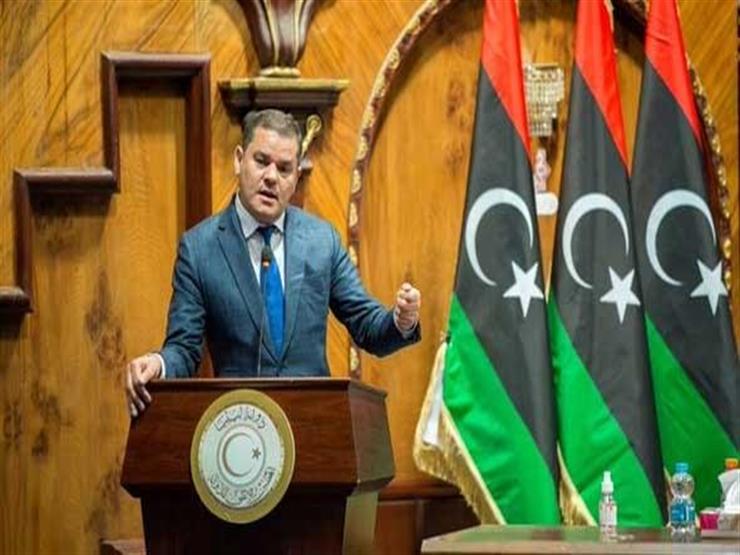 The head of the Libyan Interim Government of Unity and the presidential candidate, Abdel Hamid al-Dabaiba, has sparked widespread women’s anger after addressing single women in Libya in a manner that was described as humiliating and cheap.

Dabaiba said during the ceremony of distributing the bonds of the second batch of the marriage support grant for municipalities in Tripoli, yesterday, Wednesday: “Our female leaders have prophesied (we want) to move their market (marry them) … times we manage (give) bonuses, especially for those who are old (single women).”

Prime Minister of the Interim National Government@dabaibahamid: “Girls who have grown up and have died many times, we manage for them more and we move their market…”#Libyan_citizens_not_commodity#End Violence Against Women # Libya pic.twitter.com/WEm1thWhrD

In turn, presidential candidate Othman Abdul Jalil accused him of insulting Libyan women, and demanded an apology. And he wrote in a Facebook post: “The Prime Minister should immediately apologize to all Libyans (women and men) for his words and descriptions, the least mentionable, as an insult and disdain for Libyan women.”

Addressing Dabaiba, he continued, “If you think that what you mentioned is a joke and a wit, then we see it as frivolous and daring that we do not accept for our sisters.”

Under the hashtag “#Libyan_citizens_not_commodity”, and #Libyan_not_commodity, tweeters, most of whom are women, attacked Dabaiba, amid calls for an apology and calls for his removal.

A Libyan tweet considered Dabaiba’s statements as falling within the framework of “misogyny”, considering that it is neither a joke nor a funny one.

The topic is neither a joke nor a funny one!
What this person did is called (misogyny). Please stop and say sorry!
Women’s hate!!!#Libya_is_not_commodity #Libyan_citizens_not_commodity

Another replied to Dabaiba with a picture that read: “Women are a great power.”

She tweeted again: “It is unfortunate that he addressed women in an ugly and cheap way…”.

It’s a pity that he addressed women in an ugly and cheap way, and the women in disguise listen to him and applaud #Libyan_citizens_not_commodity

And a third tweet denounced: “Almost the Libyan woman in the ten years who has been charming (the past) was (insulted) enough. Only Dabaiba was missing his opinion of us (the women) with such foolishness!”

Almost a ten-year-old Libyan woman who is charming is an insult enough to be missed. We don’t like how his bear says his opinion of us with this nonsense! #Libyan_citizens_not_commodity

While Rabaa called him “the refined” and “the trivial,” she tweeted: “God suffices me, and He is the best agent in you, O Dabaiba.”

God suffices me, and He is the best agent in you, his bear. This is a piece of fun. We will see their market. If they say it to your daughters, I will probably put them to shame.#Libya_is_not_commodity #Libyan_citizens_not_commodity #Al-Dabaiba_humiliates_the_Libyan_woman

Others called for his removal from the entire Libyan political scene and to stop insulting Libyans (men and women). Hamza Jabouda, correspondent of the Libyan “218” channel, tweeted: “If he does not apologize, remain silent, and stop insulting the Libyan men and women, he must be removed for psychological motives… No sane person utters these terms.”

Most miserable in a sentence #Nebo_Narko_Soukehn Whoever was with him announced his support for the description and applauded for him. #Abdul Hamid_Al-Dabaiba If he does not apologize, shut up and stop insulting the Libyan men and women, he must be removed for psychological motives.. No sane person utters these words.#Libyan_citizens_not_commodity

A Libyan tweet demanded that he “be modest, apologize and withdraw from the scene.”

I don’t want someone to move my market….
I liked my life like this
Be polite and apologize and withdraw from the scene, Yasser, for free from you….@dabaibahamid#Libya_is_not_commodity #Libyan_citizens_not_commodity

While another asked: “Will we see the women’s protest against Dabaiba’s statement, or will we see applause and cheers for him?”

Will we see women going out in protest of Dabaiba’s statement?
Or will we see clapping and cheering for him?
#Libyan_citizens_not_commodity

Britain to hold urgent talks with Europeans on asylum seekers

3G in the workplace: Sounds easier than it is