Protection of 10 million ants and reorganization of governance… The direction is the same, but implementation is the key

The 2022 presidential election! this promise
Analysis of Capital Market Commitments by Lee Jae-myung and Yoon Seok-yeol for Presidential Candidates

In this, corporate reorganization such as spin-off and merger
Promotion of mandatory ‘minority shareholder majority consent’

Priority to new stocks ‘similar’ to split listing
Short selling is not abolished, but ‘improved’

Presidential candidates from major political parties, conscious of the ’10 million individual investor era’, are shouting with one voice to resolve the undervaluation of the domestic stock market and protect minority shareholders. On the 4th, if you look at the policy proposals and pledges related to the capital market by the Democratic Party presidential candidate Lee Jae-myung and the People’s Strength presidential candidate Yoon Seok-yeol, the basic goals of securing transparency and unfair sanctions are similar. It is evaluated that candidate Lee Jae-myung presented a multi-faceted plan to put the brakes on corporate restructuring to suit the tastes of the major shareholders. Candidate Seok-Yeol Yoon mixed practical promises such as tax benefits with a forward-looking attitude, such as reviewing the practice of paying excessive management rights premiums. Experts say that there are many issues that require revision of the law among the pledges, so specific implementation plans must follow.
■ Eye-catching minority shareholder majority vote and right to claim purchase in case of acquisition

Candidate Lee suggested the introduction of a ‘minority shareholder majority vote’ (MoM) system for spin-offs and mergers that reorganize the company’s organization. The purpose is to prevent large shareholders from unilaterally pushing ahead with the consent of a majority of minority shareholders on matters that may have a potential conflict of interest. Furthermore, the company plans to amend the Commercial Act to expand the ‘duty of fidelity’ so that directors not only benefit the company but also all shareholders. According to our court’s precedent, directors are not liable as long as the company’s interests are not infringed. In the case of Candidate Yoon, the promise of giving ordinary shareholders the right to purchase stocks when the large shareholder’s stake is sold at a high price is eye-catching. The practice of corporate acquirers paying excessive management rights premiums only to the stakes of large shareholders has been cited as a representative case of discrimination against minority shareholders. The Solidarity for Economic Reform evaluated this positively, but pointed out that “if the exercise price of the purchase right is set at the market price, the gap with the controlling shareholder premium will not be narrowed.” Regarding this, the person in charge of the pledge on Candidate Yoon’s side only said, “We are discussing whether the purchase right price should be the same as the sale price of the major shareholder’s stock or set at the market price.” Candidate Yoon also worked hard to strengthen tax support. He promised that the securities transaction tax would be abolished next year when the stock transfer tax was fully introduced, and that a lower preferential tax rate would be applied to long-term stocks.

LG Energy Solution, which LG Chem made as a subsidiary of LG Chem’s battery business, will be listed on the 27th of this month. Minority shareholders of LG Chem, whose stock price plummeted due to the ‘split listing’ of a net business, are struggling. LG Energy Solutions shares are not allocated to them. The two candidates came up with measures to prevent damage to minority shareholders who were competing. Candidate Lee suggested a solution to preferentially allocating new stocks to shareholders of the parent company when a subsidiary is listed. Candidate Yoon said that when subscribing for public offering shares in subsidiaries, shareholders of the parent company are given the right to acquire new shares in a certain proportion. Although the detailed procedures may be different, it is effectively the same method in that it gives the parent company shareholders an opportunity to participate in the public offering of subsidiaries first. Candidate Lee also added a plan to grant the company the right to purchase stocks at the price before the stock price plunged. As for the short selling, which has been accumulating the distrust of individual investors, both candidates set their direction to ‘improvement’ rather than ‘abolition’. Candidate Lee said that he would strengthen the monitoring system for program trading, which accounts for the majority of foreign short selling. Candidate Yoon is considering introducing a ‘short selling circuit break’ that automatically bans short selling if the stock price declines excessively.
■ “After the presidential debate, it should be made a national task for the next government”

There are a number of issues that require revision of the Commercial Act and the ‘Capital Market and Financial Investment Act’ (Capital Market Act). As can be seen from the fact that a bill to prevent the strengthening of the control of large shareholders using treasury stock has not been passed for several years due to opposition from the business community, concerns remain that this time will end with empty words for elections. In particular, for Candidate Lee, the measures to influence corporate governance were presented in the form of ‘policy proposals’ rather than promises. This means that the plan has not been approved until the final approval of the candidate election committee. Choi Nam-gon, a researcher at Yuanta Securities, emphasized, “In order to realize the value of fairness in the market, presidential candidates must listen to suggestions for improving governance and actively bring the issue of amendment to the commercial law into the discussion forum.” Kim Woo-chan, director of the Institute for Economic Reform, also said, “We need to present a more detailed plan to fulfill the promise and actively discuss it during the presidential election process so that it can become a national task for the next government.” By Han Kwang-deok, senior staff reporter [email protected]

He expressed his happiness.. Mohamed bin Zayed visits the pavilions of Kuwait and Qatar at Expo 2020 Dubai 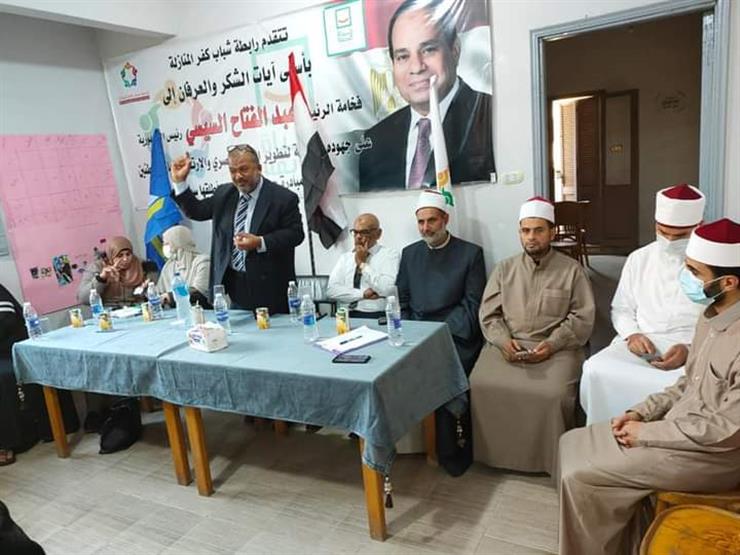 Pictures… Launching the “Kafr Saad Without Illiteracy” initiative in Damietta