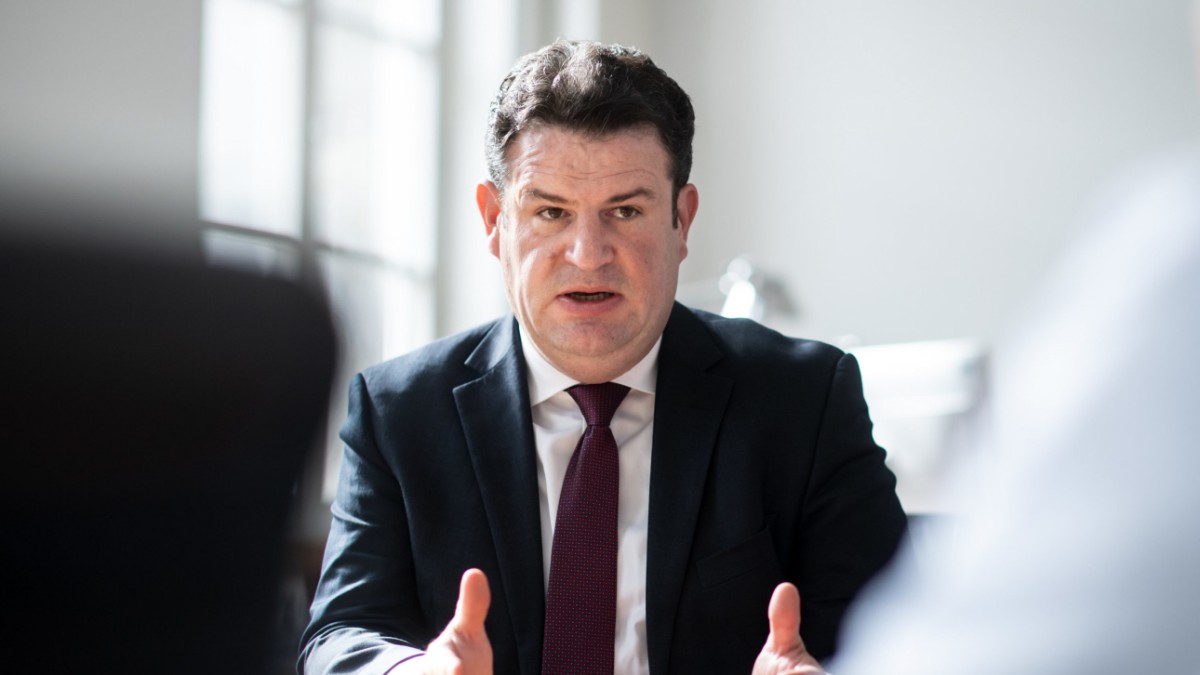 For a good half an hour, Hubertus Heil stood bolt upright with both hands at the lectern like a mainstay of the German labor market, but now he’s spreading his arms. “We’ll pick up the pace – I’ll put a lot of pressure on there.” He didn’t want to back off. When it comes to his plans in the new traffic light alliance, the Minister of Labor gets into motion. And he will need this offensive, despite his political weight and experience. With the new traffic light partners and the new location, some things have become more ambitious, but some things have also become more difficult.

Hubertus Heil is the only minister who has retained his post in the federal government. For example, on Tuesday he can bring in the results of his own policy at a press conference; the template for this comes from Nuremberg, where the Federal Employment Agency recently presented new figures. Despite the Corona crisis, there were two positive developments on the job market, says Heil. “Never before have so many people been in jobs subject to social security contributions.” And youth unemployment is “at its lowest level since reunification”. Everything is also thanks to the “resolute crisis management of the federal government” – with, of course, the responsible minister Hubertus Heil. But he doesn’t say that, because anyone can imagine it.

However, this track record does not pave the way for the Minister of Labor for the next few years; it will not be possible to implement his central projects in the march. It could be easiest with the planned minimum wage of twelve euros: This is clear in the coalition agreement and above all it costs the economy money. But then things quickly get complicated: Citizens’ benefits will be a major reform that will also offer new bonuses for the unemployed. In addition, there is a state-financed training period for employees and a qualification allowance for companies and employees in crisis sectors. It all costs.

By mid-December, the state had spent 42 billion on short-time work

Unlike before, Heil is no longer sitting in the Finance Ministry opposite the SPD party friend Olaf Scholz, but FDP leader Christian Lindner. Scholz was once Labor Minister himself and willingly handed over bundles of billions to Heil in the Corona crisis, Lindner has to defend his reputation as the guardian of solid finances after the recent pirouettes about the overspending in the budget. And already now Heil needs more and more money. By mid-December, the state had spent 42 billion euros on short-time working in the Corona crisis, says Heil – a large part of this comes from the federal budget because the reserves of the unemployment insurance have been used up.

And then Heil still sits the omicron wave in the neck. Recently, significantly more companies registered short-time work again. So it could be even more expensive than it already is. Will there still be additional billions if the energy transition, digitization and housing construction also want to be financed? At the weekend, Lindner announced that he had asked his cabinet colleagues “to prioritize their projects and to put previous expenditures to the test”.

As if that weren’t enough, the mishap called Omikron also adds uncertainty to the job market. What could happen there that has not happened for a long time: more people without a job.

One can still speak of a resounding success. When the German economy suffered its second worst slump since the Second World War in the 2020 pandemic, there were immediately hundreds of thousands more unemployed. Since then, however, things have steadily improved. The state-subsidized short-time work prevented mass layoffs. Little by little, more and more people found work – by the end of 2021.

“The labor market developed well towards the end of the year,” says Detlef Scheele, head of the Federal Employment Agency. “Companies are reporting as many vacancies as they did before the pandemic” – currently there are 800,000. In December, unemployment rose only very slightly. If you factor out seasonal factors, such as the fact that construction sites are closed in winter, there were even fewer unemployed. In December only 2.33 million citizens were looking for a job. That was 400,000 less than a year ago – and little more than before the outbreak of the pandemic.

But now there are clear warning signs that the situation is getting worse. The job barometer used by the Institute for Employment Research (IAB) has been falling for months. In December it shrank as much as it has not since spring 2020 – when the pandemic broke out. There is therefore a threat of a turnaround: “Unemployment will probably increase in the next few months,” says agency boss Scheele.

In the case of the long-term unemployed, we will still have to struggle with the consequences of the crisis for a few years “

“The Omikron variant is dragging out the corona crisis,” analyzes IAB scientist Enzo Weber. The labor market will not collapse even if there is another lockdown. “Lots of companies will keep their people.” However, the prolonged crisis will be critical, especially for long-term unemployed people who have been out of their jobs for more than a year. “With the long-term unemployed, we will have to struggle with the consequences of the crisis for a few more years,” says Detlef Scheele.

There are also warning signs when it comes to short-time work. Rising numbers of infections are unsettling consumers. Shops, hotels and restaurants in particular are sending more employees on short-time work again. In addition, there are delivery bottlenecks for important preliminary products such as chips, which are affecting industry and, in the meantime, also the skilled trades.

The further development now depends heavily on the pandemic, says agency boss Scheele. After all, he expects an improvement after a shaky start on the labor market at the beginning of the year. “On average for the year, unemployment will not rise.”

In comparison, Hubertus Heil speaks like an optimist in luck. 2022 will be “very good” on the labor market, the recovery will be delayed, but “strong”. It sounds like a ministerial invocation for the new year.

Ethiopia.. Abi Ahmed accuses foreigners of participating in the fighting and the Tigray forces are considering advancing towards Addis Ababa 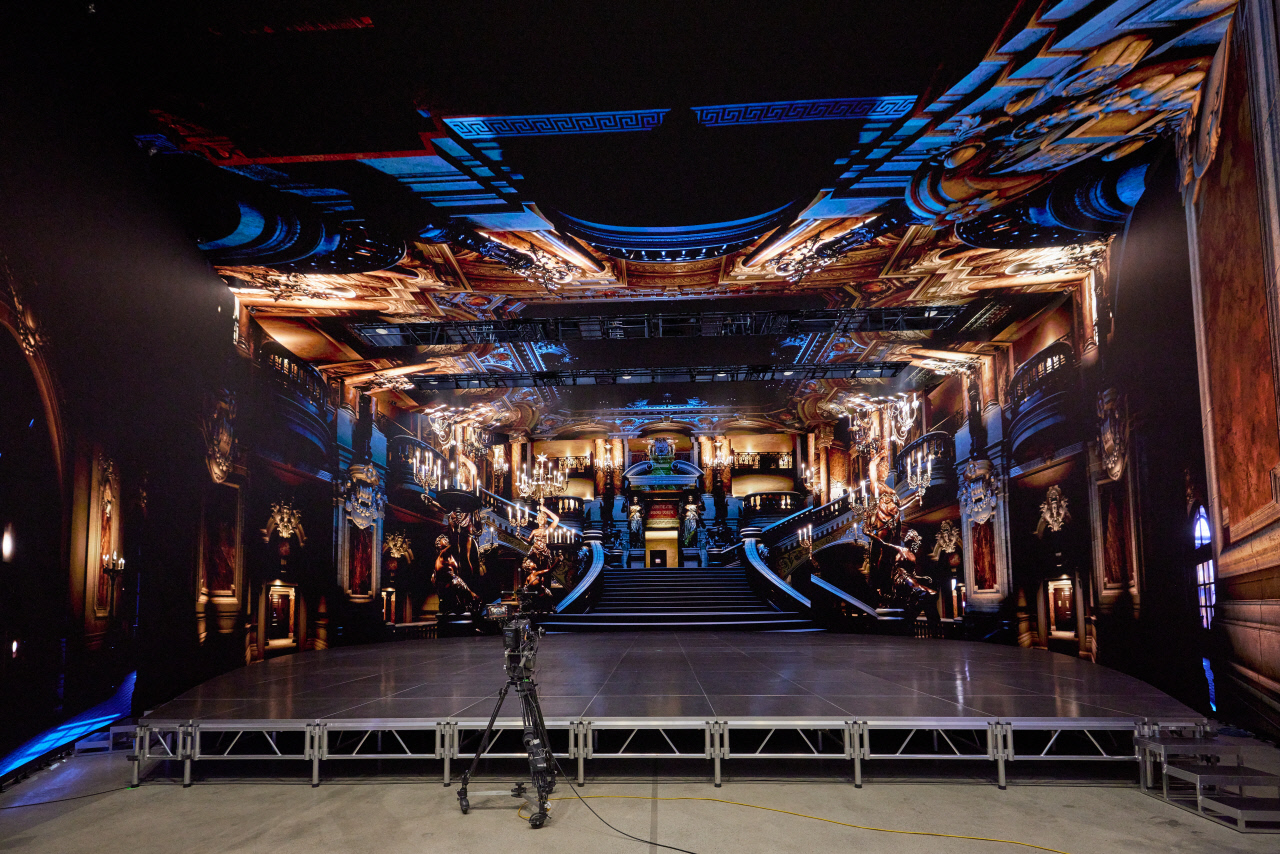 The “National Liberation Front”… The story of “Bouteflika’s party”, which still leads the elections in Algeria