Before the congressional elections next November, the storming of the Capitol turns into a political weapon in the hands of Democrats and Republicans

Washington- A year has passed since the famous “storming of the Capitol”, on January 6, 2021, which was considered one of the most important events that will leave its mark on American politics for years to come, and it is important to consider the bipartisan narrative about what happened.

In contrast to previous American political crises, American democracy was struck in the heart with thousands of followers of former President Donald Trump – who refused to lead Joe Biden in the presidential race – and stormed the Capitol (Congress) in an attempt to stop the ratification of the election results.

Over the course of a whole year, partisan polarization dominated all the repercussions of the events of January 6, 2021, beginning with its naming, passing through Trump’s parliamentary trial, leading to the formation of an investigation committee, and ending with a contradictory vision of the investigation path.

Trump.. Rejection of elections and incitement

Former President Donald Trump did not succeed in providing any evidence to confirm his allegations of election fraud and theft from him, in favor of Joe Biden, and he continued to refuse to recognize the election result.

Trump did not care about his parliamentary trial, but rather incited a rebellion against the US government with the aim of obstructing the peaceful transfer of power. Although the House of Representatives indicted him last January on charges of supporting the rebellion and inciting the storming of Congress, his trial before the Senate led to his acquittal.

A year after these events, the Americans do not agree on the description of what happened. Some Republicans saw it as a “reasonable protest”, while others saw it as a “riot out of control.”

On the contrary, Democrats see it as an “attempted coup” against the election results, while others from the same party describe it as a “rebellion” planned by President Trump to retain power.

For only a few days, most Republican leaders blamed President Trump for storming the Capitol for instigating the riots, but Republican leaders in both houses of Congress urged their colleagues to vote against the decision to establish an independent commission of inquiry.

McConnell issued a statement saying, “There will be no new truth about that day. We know what happened. We don’t need a committee of Democrats to tell us what happened. I will continue to support the real and serious work of our criminal justice investigations and our Senate committees.”

A weapon to divide the country

Republicans accuse Democrats of using the storming of the Capitol as a “partisan political weapon to divide the country” ahead of the congressional renewal elections in early November.

In a letter to members of the Republican Party on the first anniversary of the events of January 6, 2021, Representative McCarthy called for “those who broke the law and stormed the Capitol to be held accountable, as they deserve to face the legal repercussions and be fully accountable.”

McCarthy did not address any role of former President Trump in either planning or instigating the break-in, but he attacked Democrats by saying, “Unfortunately, one year later, the majority party appears to be nowhere near answering how to leave the Capitol so unprepared, and what It must be done to ensure that this does not happen again in the future. Instead, they are using investigations as a partisan political weapon to further divide our country.”

Democratic Party leaders, led by House Speaker Nancy Pelosi and Senate Majority Leader Chuck Schumer, see an urgent need for a commission of inquiry, to confront Trump’s “false allegations that the elections were stolen from him.”

Democrats fear that if there are no prosecutions and accountability for the planners and instigators of the storming, this incident will be repeated, and the results of any future elections will be rejected and questioned.

Democrats believe that “Trump himself and a number of his top advisers should be in prison, and not just imitate the troublemakers.”

In an interview with CNN, Representative Pelosi said: “It was an attack on the US Capitol, and on our democracy and our constitution, and this requires us to act in a very responsible manner, so that it is clear to the American people the true and details of what happened.”

The dilemma of the investigation committee

The House Special Investigation Committee has conducted more than 300 interviews and collected thousands of documents despite the lack of cooperation from those close to former President Trump.

Committee Chairman Betty Thompson told ABC last Sunday that during 6 months, “we discovered the existence of a coordinated action by a number of officials to undermine the presidential elections, including those who were in the previous administration, and some of them worked in the Ministry of Defense, and government agencies.” different, in addition to very rich people, and others.”

His colleague, Representative Liz Cheney – one of the few Republicans on this committee – accused Donald Trump of remaining silent throughout the assault. “He could have been on TV telling his supporters to stop, quit and go home,” she said. “But he didn’t.”

It is not yet known whether the committee will file charges against President Trump, after accusations were brought against a number of his senior aides, who all hide behind the principle of “executive presidential privilege”, which allows not to address private dialogues between the president and his senior advisers.

The congressional elections scheduled for next November are not absent from the calculations of each party, especially with what appears to be a political custom that the president’s party loses some seats in the House of Representatives in this session.

Republicans need only 5 seats in order for the majority to move to them in the House of Representatives, which will paralyze President Biden’s agenda during the last two years of his term, but the most important result will be the Republicans’ ending of the January 6, 2021 investigations at this point.

And David Fromm, the former Republican official in the administration of George W. Bush, warned of the consequences of what might happen, and said: “If this becomes a normal thing now, meaning that it is justified or accepted, then it is natural to ask about the 2022 and 2024 elections. Will the results be accepted? And if no party accepts it, what will we do to keep America faithful to its democratic and liberal traditions? 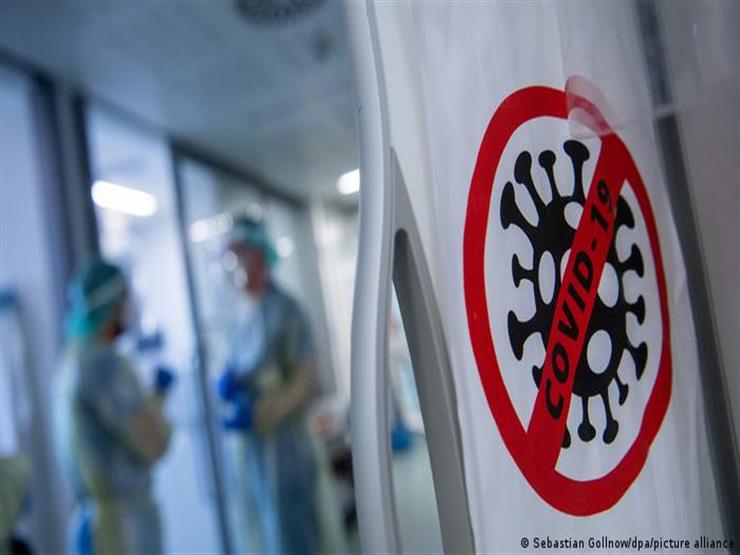 Pay and receive.. Learn about the services of the “Yalla” application from the mail