International cinematic and television masterpieces we are waiting for in 2022

At the end of each year, fans of the big and small screen gather around the lists of the best films and series that have been presented and that have amazed people, aroused their emotions or made them think a lot. A few days ago, we presented our list of the best films of 2022 (see it here), but movie and series lovers are not satisfied with that, but they always want us to inflame their enthusiasm for the masterpieces expected during the next year, and in this report we turned to Ahmed Ezzat, an Egyptian writer and film critic, to discuss With him about the most awaited movies and TV shows of 2022.

Ezzat sees Martin Scorsese’s upcoming film “Killers of the flower moon” and Damien Chazelle’s “Babylon” as the most suspenseful of all the anticipations in the new year. For Ezzat, the choice is closely linked to the director, and in Scorsese’s case, we are fortunate to live in a time when he makes films, with all his history, enthusiasm and passion for cinema, and therefore any film for him is worth the wait. As for Chazelle, he is one of the most important directors who appeared in the last decade of cinema, and he also deserves to be eagerly awaited for his works.

Spring blossoms bloom in April and are overlooked by the May plants that grow to block light and water from the petals and florets, only to be caught by wilting and slumber. Thus, Scorsese’s movie “killers of the flower moon” is generated from a single metaphor, which carried the summary of the book prepared by journalist David Grann called “Moonflower Killers: The Osage Murders and the Birth of the FBI.” After five years of investigation and preparation, the leading roles were assigned to an elite group of actors, most notably Robert De Niro and Leonardo DiCaprio.

In Oklahoma, the 1920s, the Native Osage discovered their difference from nowhere to prosperity overnight, when they found an oil deposit on their land, but the government forced them to share the proceeds with the whites, and even set the whites as guardians. The Osage fortune then caught the eye, leading to a series of atrocities known as the Reign of Terror.

Mystery reigned in these felonies, and cops, judges and doctors colluded to turn a blind eye to the spilled blood, and the fledgling FBI announced the start of its first major investigation. But many of the FBI’s detectives allied with whites, some were murdered under mysterious circumstances, and the cases were buried forever.

The 1920s is also the era that Damien Chazelle set for his next film, Babylon. The film deals with the era of the golden age of Hollywood, and the transformation of the film industry from the era of silent films to talk films, after the rise and fall of both fiction and nonfiction films. It is believed that Chazelle may mix the real and the imagined by bringing historical figures to life, such as Clara Bow, the real-life Hollywood star who starred in the first Academy Award-winning film “Wings.”

While Brad Pitt plays a fictional silent movie star among those who have struggled to adapt to voice input, some believe the character was inspired by the biography of director and actor John Gilbert. Brad Pitt stars in the cast of Margot Robbie, Lee Jun Lee, Max Minghella, Catherine Waterston, and Jovan Adepo.

Damien Chazelle’s films center around music, paying special attention to jazz, as in “Wiplash” and “La La land.” For his latest film, he won the Academy Award for Best Director, becoming the youngest director in Hollywood history to win it. Therefore, we may see in his next movie musical performances and tunes that we have never heard before.

Lord of the Rings series

John Ronald Tolkien was a writer and professor of literature and language, and Tolkien created a world in which his characters spoke a language of his own called “Elvish”. These fairy tales grew out of his interest in myths and his desire to tell stories to entertain his four children, to create his masterpiece, The Lord of the Rings, with elves, dwarves, goblins, and men, but his writing was not directed entirely to children.

New Zealand director Peter Jackson treated Tolkien’s novel in three installments between 2001-2003, and the trilogy achieved overwhelming success, but it did not stop there, as it was decided to produce a series about it, becoming the first television show that cost more than a billion dollars. It is rumored that the anticipated show does not actually relate to the events contained in the novel itself, but to thousands of years before it, and that it follows a group of characters both familiar and new.

Academy Award-winning composer Howard Shore, who wrote the scores for both The Lord of the Rings and The Hobbit trilogy, is also expected to co-wrote the music for the new work. Although the veteran maestro has been recording films since the 1970s, the soundtrack for The Lord of the Rings remains one of his best-known works.

Batman has been one of the most anticipated films since Christopher Nolan’s “The Dark Knight Rises” was released in 2012. While director Matt Reeves talks about Batman in his new movie, he said, “He hasn’t yet reached the symbol of hope, he is still A growing legend that multitudes wonder if he even exists. We’ve seen a lot of the original stories, and we’ve seen things go further than we can imagine, but there’s one place we haven’t been, and that’s his origins, and the times his heart broke.”

The film is expected to chronicle Batman’s encounter with a serial killer, and depict his beginnings teetering between anger and righteousness as he investigates the horrific mystery of Gotham City. The film portrays Batman as a desperate, disillusioned vigilante who awakens to the realization that his rage does not make him any better than the serial killer chasing after him.

River hints that the film will delve deeper into the history of Gotham’s corruption, and how this can relate to Batman’s origins in a new and unexpected way, when the murders begin to occur, revealing the city’s long history rife with corruption. It was decided that Robert Pattinson would play Batman in the new movie.

Robert Eggers has established himself as a new voice in the film industry with his first forays into The Witch and also in The Lighthouse, so his next movie, The Northman, is highly anticipated. The action stars Alexander Skarsgård, who plays the role of the Prince of the North on a mission to avenge his father’s death. What makes the film interesting is the fact that it is a much larger production than its previous films, with a cast including Ethan Hawke, Nicole Kidman and Anya Taylor-Joy.

The film is believed to be based on the ancient Norse epics about a 10th century Icelandic Viking hero who was stripped of his place at an early age, forcing him to spend 25 years working to get his crown back. William Shakespeare is said to have inspired the play “Hamlet” from that ancient epic, and Eggers used Hamlet’s impulse to be the main driver of events in the film, before immersing himself in Viking culture.

The authorities set 4 conditions for him.. The first official request to lift the Friday call to prayer in Cologne, Germany 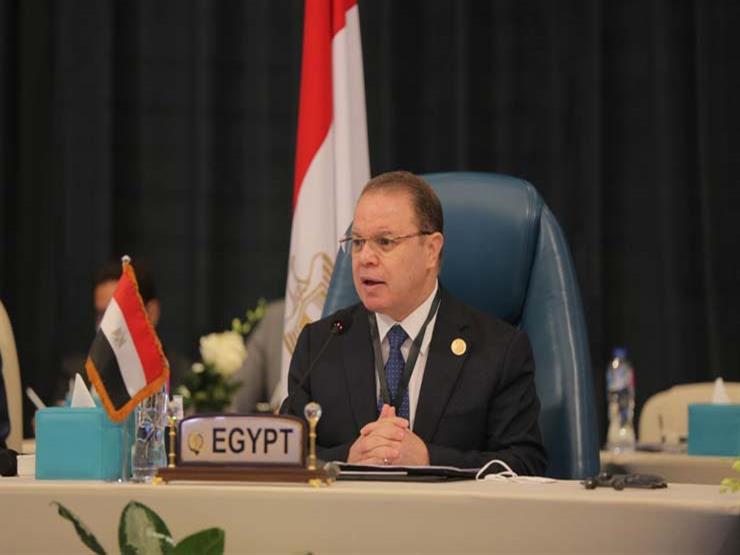 Public Prosecution: Imprisonment of the accused of sexually assaulting 5 schoolgirls in a “school in Maadi”