On the 5th, the Ethics Review Advisory Committee, an expert advisory body of the Special Committee on Ethics of the National Assembly, issued an opinion that lawmakers Park Deok-heum and independent lawmakers Yoon Mi-hyang and Lee Sang-jik should be expelled. An advisory committee spokesperson said in a phone call that day, “The participants unanimously resolved the expulsion of Rep. Park Deok-heum, Yoon Mi-hyang, and Lee Sang-jik.” The official added, “If the Parliamentary Ethics Special Committee accepts the opinion, these lawmakers will be finally expelled.” Previously, the Special Ethics Committee had proposed disciplinary measures for members Yoon Mi-hyang, Lee Sang-jik, Park Deok-heum, and Seong Il-jong at a plenary meeting on November 11, last year, and passed the deliberation to the Ethics Review and Advisory Committee. Accordingly, the Ethics Review and Advisory Committee had to reach a conclusion by December, but it took more time, such as receiving data from related organizations and reviewing them. Rep. Yoon is accused of misusing Jeong Dae-hyeop donations and group funds while he was in office, and a disciplinary measure has been proposed stating that Lee did not sell or trust the unlisted shares of Eastar Holdings owned by his child. An official from the advisory committee explained, “(Rep. Lee) comprehensively considered not only the issue of a blank trust but also allegations of breach of trust and embezzlement of Eastar Jet.” Rep. Park’s disciplinary action was filed after allegations that a family company intervened to win contracts from the audited body. He left the People’s Power in September 2020, but he was reinstated after 15 months the day before, causing controversy. Rep. Seong, who was accused of violating the Public Service Ethics Act related to stock sale and blank trust, was excluded from the decision of the Review and Advisory Committee’s disciplinary opinion on that day. An advisory committee official said, “When I looked at the contents of the complaint, there were some errors in the facts.” He said, “We have already reached the conclusion that Senator Sung is not subject to disciplinary action in December of last year, and the remaining three items were discussed on the same day.” The Ethics Review Advisory Committee is composed of eight experts, including professors and lawyers from the law school. When the National Assembly Ethics Committee, which deals with the qualification examination or disciplinary action of members of the National Assembly, seeks advice, the Advisory Committee responds within 30 days, and based on this, the Ethics Committee goes through a plenary meeting with the Disciplinary Review Subcommittee and finally decides whether or not to take disciplinary action. By Choi Ha-yan, staff reporter [email protected] 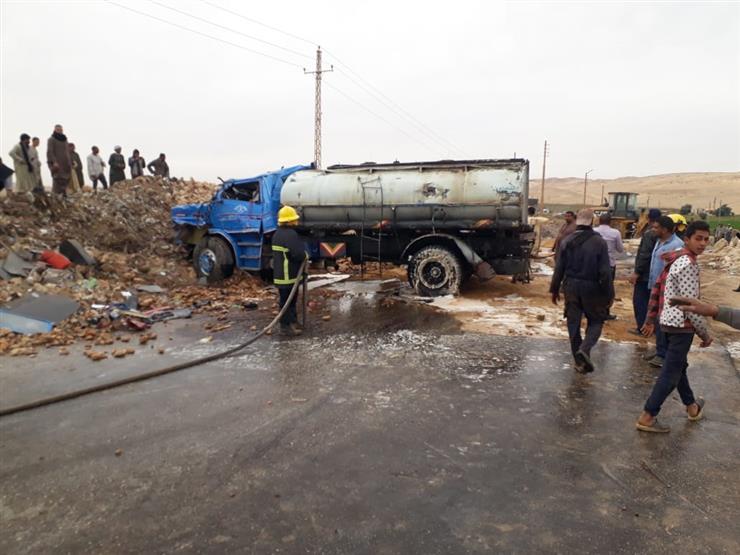 After a car overturned with petroleum products, the traffic department made an immediate diversion to the “Alexandria Desert”

Lee Jae-myung, who finished meeting with candidates for the primary… One-team policy action to ‘use a wide playground’

Al-Burhan: Hamdok is with me at home and we have moved to bury the strife and will not allow any ideological group to control the country