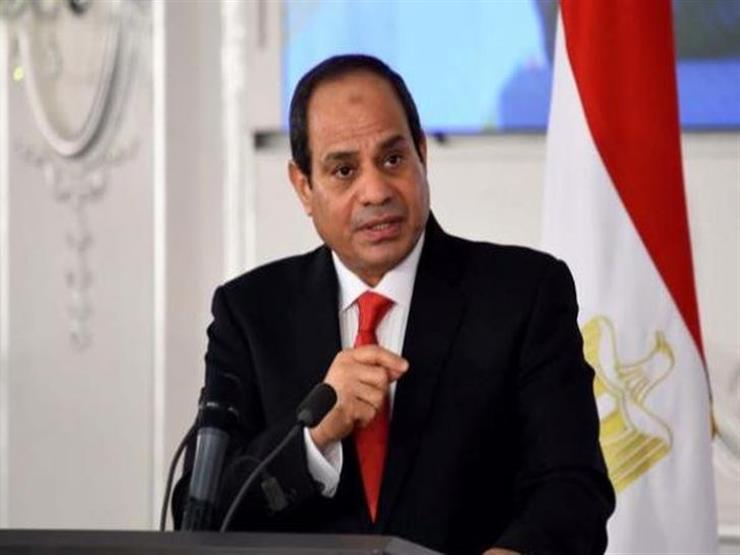 The activity of President Abdel Fattah Al-Sisi topped the headlines and interests of Cairo newspapers issued today, Wednesday, and the newspapers covered with interest a number of local affairs news.

Under the title “The President: Preserving safe living and health conditions for citizens”, Al-Ahram newspaper reported that President Abdel Fattah Al-Sisi directed the provision of funding sources and the required equipment, in order to manage waste in industrial areas of all kinds at the highest level and with high efficiency, in addition to working to maximize the exploitation The process of recycling these wastes, because of their positive environmental impact to maintain safe living and health conditions for citizens.

The newspaper quoted a presidential spokesman as saying that the meeting dealt with following up efforts to preserve the environment within the framework of managing and recycling industrial waste.

During the meeting, the President continued the current executive position to establish an integrated factory for the recycling of solid and liquid waste resulting from factories and workshops in the “Shaq Al-Thaaban” area, with a capacity of 300,000 tons per day, with the aim of improving and preserving the environment, as well as achieving a developmental economic return represented in recycling these wastes in the production of Many materials that are used in building, construction and finishes, with international quality and standard environmental standards.

In its follow-up to President Sisi’s activity yesterday and under the title “The President inspects multi-use vehicles powered by natural gas and electricity,” Al-Ahram newspaper reported that as part of his interest in the transport system using clean energy, President Abdel Fattah El-Sisi inspected yesterday a number of multi-use vehicles that run on natural gas and electricity. And in the presence of Lieutenant-General Kamel Al-Wazir, Minister of Transport, Major General Kamal Wafai, Director of Vehicles Department in the Armed Forces, and Major General A.H. Mohamed Abdel-Fattah, Assistant Director of Vehicles Department for Armament, and Eng. Karim Ghabbour, Chairman of the Board of Directors of MCV.

The newspaper quoted the presidential spokesman as saying that the president listened to a detailed explanation from Major General Kamal Wafai about the capabilities of these vehicles and the areas that can be benefited from according to the future vision of the state.

Under the title “Maait: Payment of 420.5 billion pounds for social insurance”, Al-Ahram newspaper reported that Finance Minister Mohamed Maait confirmed that, in implementation of presidential directives to end financial entanglements with the National Authority for Social Insurance, the state’s public treasury has completed the payment of 420.5 One billion pounds to the authority within 30 months, since the signing of an agreement to resolve entanglements with the Ministry of Social Solidarity to pay the dues of insurance funds accumulated over half a century, in light of the Social Insurance and Pensions Law No. 148 of 2019; In order to ensure the provision of the necessary financial liquidity to serve the pensioners, their beneficiaries and the insured, and to fulfill all obligations towards them.

He added, that we are continuing to pay the financial dues to the National Authority for Social Insurance, and EGP 180 billion has been allocated during the current fiscal year, as part of the agreement, and by the end of next June, EGP 510.5 billion will have been paid within 36 months. He pointed out that the percentage increase in the annual premium for settling entanglements, transferred from the state’s public treasury to the authority of the Authority, was amended to become 5.9% instead of 5.7%; To accommodate the measures taken by the state to improve the living conditions of pensioners.

On the parliamentary issue, Al-Ahram newspaper reported that the House of Representatives approved, during its plenary session yesterday, headed by Counselor Dr. Hanafi Jabali, in principle, a draft law submitted by the government to issue the general planning law for the state.

Dr. Hala Al-Saeed, Minister of Planning and Economic Development, stressed in her speech during the plenary session that the law guarantees the strengthening of the follow-up process and obligating the planning authorities to issue follow-up reports, promote the idea of ​​decentralization and establish a system of governance with a degree of flexibility for localities to achieve poverty reduction goals and other goals.

She pointed out that the draft law sets out a wide range of planning principles that were stipulated in the constitution, as the draft law includes the thought of sustainability, diversity, balanced development, participation, openness and encouragement of innovation.

The newspaper quoted Dr. Fakhri El-Feki, head of the Planning and Budget Committee, as saying that the new law is based on a number of main principles and foundations, the most important of which is keenness on a participatory approach in the planning process under the supervision of the government, the private sector and civil society.

The newspaper added that Lieutenant-General Mohamed Zaki delivered a speech in which he conveyed the greetings of President Abdel Fattah El-Sisi, the Supreme Commander of the Armed Forces, to the students of the Military College, in which he congratulated the new students on joining military colleges and institutes to be like new blood within the armed forces, stressing that the General Command of the Armed Forces pays great attention to Great in preparing them to graduate combative officers capable of protecting the sacred soil of the homeland and bearing the heavy responsibilities entrusted to them.

The Minister also inspected a number of different training activities, including Leap of Confidence and CrossFit, followed by a visit to the developed training fields, barriers and equestrian fields.

Under the title “Examination of 9 million students within the initiative to detect anemia, obesity and dwarfism”, the newspaper “Al-Akhbar” reported that the Ministry of Health and Population announced the examination of 9 million students in various schools of the Republic, as part of President Abdel Fattah El-Sisi’s initiative for early detection of anemia, obesity and stunting diseases among students of the stage Elementary school, since its launch at the beginning of the current school year.

Dr. Hossam Abdel Ghaffar, the official spokesman for the Ministry of Health and Population, stated that the initiative aims to examine 15 million primary school students, both Egyptians and non-Egyptians residing in Egypt, in 29,444 public and private schools.

In the matter of education and under the title “electronic and paper-based exams for first and second secondary”, “Al-Akhbar” newspaper reported that Dr. Tariq Shawqi, Minister of Education, confirmed that the first term exams for the first and second grades contain two sections, one of which is “electronic” on the tablet and is electronically corrected from multiple-choice questions and represents 70% of the subject’s degree, and the second is a “paper essay” that is developed by the Directorate Or the educational administration and represents the rest of the grade for the subject “30%” and it is corrected by school teachers.

The minister indicated that home students will be tested on paper according to technical specifications that were circulated to the educational directorates.

The newspaper, “Al-Gomhouria”, under the title “Educational satellites for Egyptian universities”, stated that the laboratories of the faculties of Helwan Sciences and Engineering, Ain Shams and the Arab Academy for Science and Technology in Sheraton Cairo received three satellites to be the nucleus of the space innovation laboratories in 32 faculties of engineering and sciences in various universities in Egypt, with joint funding from Academy of Scientific Research and the Egyptian Space Agency.

The newspaper added that Dr. Khaled Abdel Ghaffar, Minister of Higher Education and Scientific Research, confirmed, during the delivery of the three satellites, that work is underway to localize space technology in various universities within the objectives of the state’s strategy for sustainable development 2030.

He explained that the manufacture of satellites is carried out jointly by the research team of the Egyptian Space Agency and the joint university, with 100% Egyptian components, to raise the level of awareness of students towards space technology.

The newspaper quoted Mohamed El-Qossy, CEO of the Egyptian Space Agency, as saying that the “Spacekeys” satellite was developed by the Egyptian Space Agency as a nucleus for space innovation laboratories in the faculties of engineering and science. It is scheduled that Ghana, Kenya, Uganda and Sudan will be awarded 5 satellites to implement the African Development Moon project.

The newspaper pointed out that this came during the inauguration of the directorate’s new headquarters yesterday, accompanied by the Minister of Interior, Major General Mahmoud Tawfiq, and the Governor of Cairo, Major General Khaled Abdel Aal.

She added that the Prime Minister watched a documentary film in which he was acquainted with the stages of establishing the headquarters, its components, and the services it provides. In line with the digital transformation pursued by the state, within the framework of the state’s strategy for sustainable development, Egypt’s Vision 2030, where he visits the Crisis Management Room to learn about its method of dealing with emergency events and the method of response and immediate dealing with those events.

Madbouly also inspected the media center that is supported by the latest means that enable him to perform his duties in disseminating data of interest to citizens in various media and social networking sites, and correcting false information. to citizens.

Salah raises controversy because of his bodyguard, and the Egyptian Football Association justifies 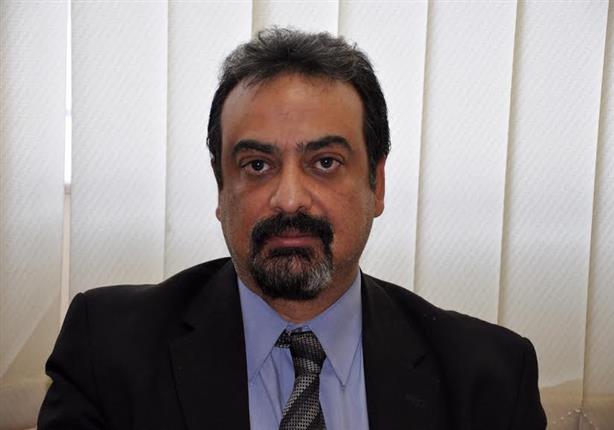