Ramallah- Palestinian Ibrahim Sawafta and farmers in the village of Bardala in the northern Jordan Valley are waiting for their free rations from the Palestinian seed bank established by the Union of Agricultural Work Committees years ago, which enables them to produce organic vegetables with low consumption of water and fertilizers.

Sawafta owns tens of dunams of agricultural land, which was difficult to cultivate due to the lack of water due to the Israeli occupation’s control of its sources and artesian wells in the area.

Sawafta and the farmers of his village of Bardala are among more than 20,000 beneficiaries of the services of the Union of Agricultural Work Committees in the West Bank and Gaza Strip since 2009.

But half of their projects are threatened with suspension after the Dutch government’s decision on Wednesday, January 5th, to completely stop funding this union.

The Union of Agricultural Work Committees linked the suspension of its funding to the occupation’s closure of its general headquarters in the city of Al-Bireh (central West Bank) last July, then its designation by Israel last October as a “terrorist” organization with 5 other Palestinian institutions.

According to the union, the Dutch government did not provide “logical” reasons for its decision, despite the fact that the results of the investigation it conducted over two years proved that there is no connection between the institution and parties it classifies as “terrorist”.

The “problem” with the Dutch government began in 2019 after the suspension of the second batch of funding allocated to the union, following what was known as the “Ein Bubin” commando operation, which was carried out by a cell from the Popular Front west of Ramallah, which led to the killing of a settler and the injury of others.

Subsequently, the Israeli occupation arrested two employees of the agricultural work committees, accusing them of participating in the implementation of the operation. This prompted the Dutch to request a financial and administrative investigation to ascertain the relationship of the union with the Popular Front.

Although the results of the investigation did not prove any relationship between the institution, the front, or the operation, the Dutch government “shockingly” stopped its funding, says Union Projects Director Muayyad Bisharat, “which indicates a direct relationship between this decision and the occupation’s announcement that the union is classified as (terrorist) institution”.

Basharat told Al Jazeera Net that “the Dutch government sent us the results of the investigation from 8 pages, and its content does not include any condemnation of the union or any organizational or military financial links with any party, yet the funding was stopped.”

These data confirm, according to Bisharat, that “the decision is political,” especially that the only justification that was offered was about the relationship of two union employees with the Popular Front, “which is an illogical justification in the Palestinian context, and the origin is that the investigation is institutional and not at the level of individuals.”

The Dutch government has funded agricultural work committees since 2010, within a project that is renewed annually at a value of 10 million dollars, which is equivalent to 45% of its budget, prompting that union to reduce the number of its employees after suspending funding.

Now, the union is facing a major challenge. The suspension of funding will not only affect more than 100 employees in the West Bank and Gaza, but also important agricultural projects that benefit 20,000 farmers, 36% of whom are women.

The Union annually reclaims and rehabilitates 1,500 dunams of agricultural land (a dunam is a thousand square metres), and contributes to constructing about 150 kilometers of agricultural roads, as well as digging more than 70 wells. Most of these services are provided to farmers in areas classified (C) that are threatened with confiscation by the Israeli occupation .

The greatest achievement of the union, which was established in 1986 by a group of volunteers, was the establishment of the Palestinian seed bank, which is based on preserving the original municipal seed varieties, producing them and distributing them free of charge to farmers at the beginning of each agricultural season, a project that earned him the “King Talal Prize for Development”. last year.

The Union is now considered one of the largest agricultural institutions at the level of food leadership, climate justice, and the development of land and water resources, not only Palestinian, but regionally; Through his coordinating role for the largest “Peasant’s Way” movement in the world.

The Union is currently seeking funding from Arab and “friendly” countries, according to Bisharat, who provide unconditional support, stressing the rejection of funding from parties condemning the struggle of the Palestinians. But the biggest fear is that the rest of the European countries will also stop the rest of the EU’s funding and the rest of the institutions that Israel has designated as “terrorist,” which means completely drying up their sources and stopping their human rights, humanitarian and development work.

The journalist specializing in economic affairs and international support, Muhammad Khabisa, says that this step is “expected” from all European countries, not only from the Netherlands. For years, Israel has been pressing the European Union to stop funding Palestinian institutions, which was followed by new conditions imposed by the Europeans in 2020 to support these institutions under the pretext of their relationship with Palestinian factions.

According to Khabisa, in recent years, 15 Palestinian institutions have been suspended after freezing their European funding, most of them in the Gaza Strip, for the same reasons that the Dutch government is now promoting, which is the relationship of their employees with Palestinian resistance organizations that Europe classifies as “terrorist”.

The Palestinian banking sector was also subjected to pressures that led to the closure of the accounts of some associations due to suspicions that they were affiliated with Hamas and Islamic Jihad, as part of organized Israeli efforts to stop funding any Palestinian non-governmental institution.

The position of the European Union

Mahmoud Al-Efrangi, the coordinator of the work of the Palestinian Human Rights Organizations Council, does not rule out that the Netherlands’ position will extend to all European Union countries, especially with regard to the funding of 6 Palestinian entities on the European “terror lists”.

Al-Efrangi says that “in the case of the Netherlands, it was clear from the investigation that the union and its work had nothing to do with the Popular Front, but it took its decision because people who worked in the institution belong to the Popular Front, which contradicts the principle of the right to political participation and the values ​​of human rights.”

Al-Franji continued to Al-Jazeera Net, “It was not a coincidence that Israel announced these terrorist institutions for its relationship with the Popular Front, after classifying some European countries, including the Netherlands, as a terrorist organization.”

Al-Efranji says that stopping the support would be “catastrophic” for these institutions, and would lead to the destruction of Palestinian civil society. “The funding that stops is difficult to compensate from other funders, and on the other hand, these institutions do not receive funding from the Palestinian Authority to fill the shortfall in funding, as the rest of the world.”

According to Al-Efranji, the Palestinian Authority bears the responsibility to support these institutions, as they operate in Palestine and in accordance with its laws and banking system, and therefore the authority is responsible for them and must intervene to protect them. 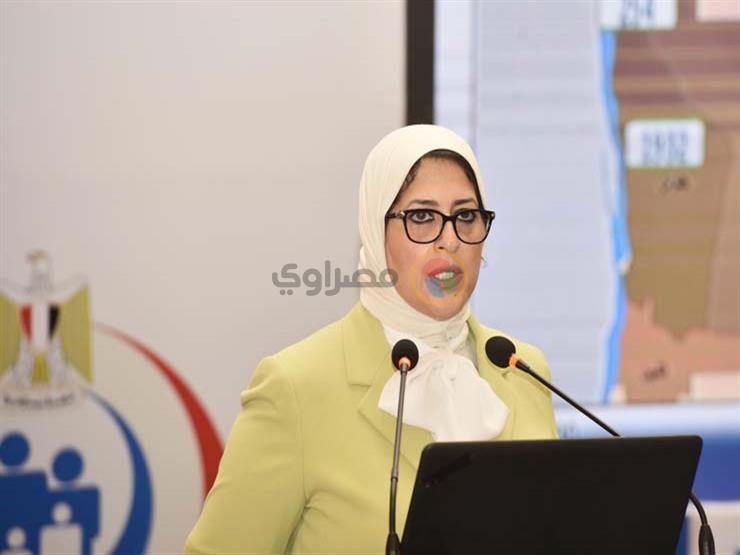 “Korea to become a top 10 country in all fields… There is criticism of ‘self-praise’, but objective evaluation of the world”