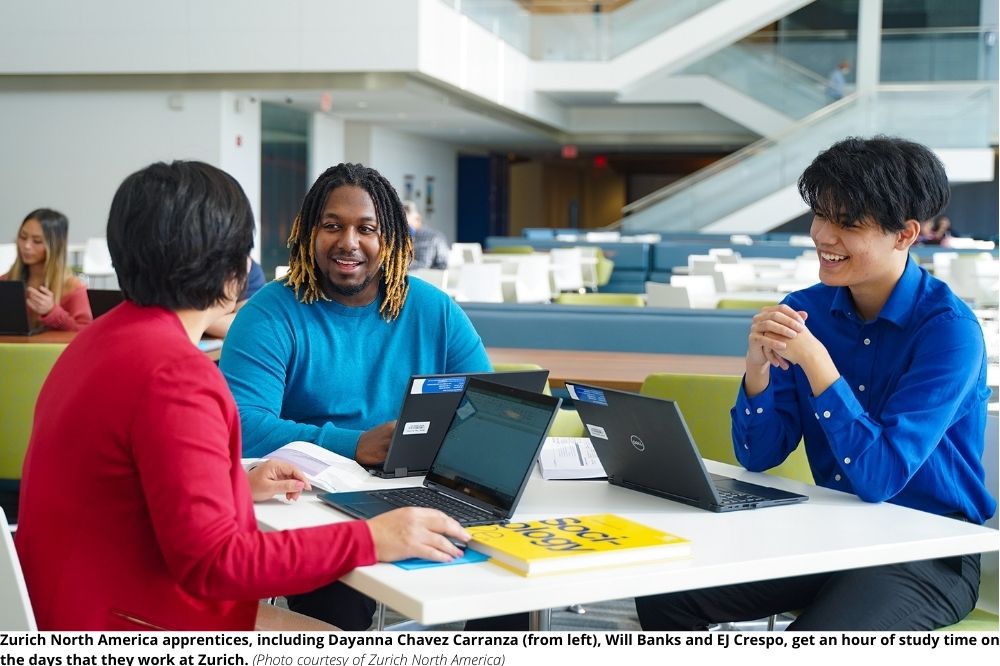 Since its introduction in 2016, Zurich North America’s apprenticeship program has “opened up another lane to the talent highway,” according to Al Crook, head of HR business partners and apprenticeships at Zurich North America. The program has complemented the insurer’s regular hiring practices of professional hiring, executive hiring, and college hiring, and has become a key way for Zurich to fill a talent gap with people “from a different population and a different pool” than the firm previously had access to.

The two-year apprenticeship program is an earn-while-you-learn opportunity to launch a career in insurance. Apprentices split their time each week, with three days of on-the-job training under the mentorship of Zurich colleagues and two days focused on college coursework toward an associate degree, with tuition funded by Zurich. They receive a full-time salary, full benefits, and are guaranteed a position and promotion opportunities with Zurich upon successful completion of the program.

Read next: From ugly duckling to beautiful swan: It’s time to paint the insurance industry with a new brush

“Demand for apprenticeship programs has increased greatly in recent years, and I’m very proud that Zurich has been part of creating that demand,” said Crook. “I’ll use an adage from a famous movie: ‘If you build it, they will come.’ We knew this was good. We knew that giving opportunities to individuals who didn’t have them before was good. Inherently, we knew there were people who were excluded from the labor market and from really great career jobs because they didn’t have the guest pass to get in – and that guest pass was the bachelor’s degree.

“We’re not going to put colleges out of business. This is just another path for people […] and they still get to go to college, but it will be paid for, and they’ll have a full-time job with benefits in a career that’s exciting. That resonates with a lot of people. We don’t have any trouble filling our pipeline. It’s full of great talent who we never would have met before – diverse talent, innovative talent, and excited talent – and that’s just another great arrow to have in the quiver of our talent arsenal.”

The 2022 apprenticeship program expansion is the biggest yet. Since its inception in 2016, Zurich has typically hired around 24-30 apprentices in each cohort, primarily in general insurance positions within its Schaumburg headquarters. Over the years, Zurich has added focus areas for its apprentices, to where it now offers opportunities in IT, cybersecurity, and other business functions that people don’t typically associate with a career in the insurance industry. The insurer has also tripled its cohort of apprentices and expanded geographically.

“Every function has apprentice-able work,” stressed Crook. “In every job that exists, I believe there’s work that an apprentice could do. And we’re really capturing that opportunity in how we’re approaching the apprenticeship program expansion and growth.”

So far, Zurich has successfully placed 100% of apprentices who complete the two-year program, and the cumulative retention rate for Zurich apprentices is approximately 85%. In August 2020, Zurich North America welcomed its largest and most diverse cohort of apprentices in the history of the program, and Crook hopes to continue that success in the expanded 2022 program.

“The retention rate is one of the most exciting things about the program – a rate of approximately 85% for entry-level employees is very, very good,” he said. “Also, employees from our apprenticeship program tend to move to new roles within the organization quicker and more often than other roles of equal hiring, and they get promoted quicker and more often. When you give an opportunity like this, you get very loyal employees who are nimble, agile, and they want to stay with the company.”

“This program is about talent. When you build a program that removes barriers that traditionally kept out many of the DE&I applicants, you automatically open up the gates for consideration of this talent to come to you to work,” he told Insurance Business. “Why does water run down a path when you move the rock? Because you remove the rock. The water always had the potential to move, the ground was always set for it, but there was something stopping it. So, we removed that barrier.

“This isn’t a diversity program, this isn’t a social program, this is a talent program that just so happens to resonate because of the barriers we’ve removed. It attracts and it takes away a limitation that’s unfairly been in place, thus allowing a diverse population to show up. And the other thing we know is that talent is evenly distributed but opportunity is not. So, when evenly distributed talent shows up to apply for work that looks like your market, looks like your candidate base, and therefore is more diverse, your hires end up being more diverse.”

US diplomatic moves on Yemen.. Battles intensify in Hodeidah and Marib, and the coalition announces the interception of a Houthi march 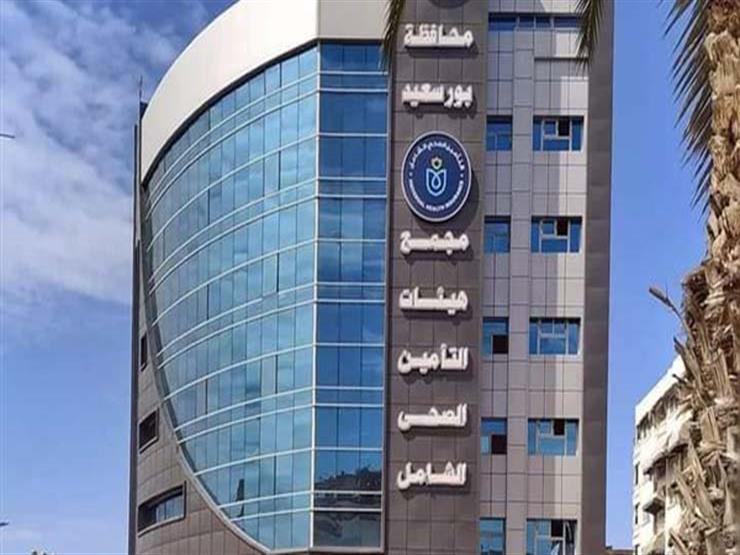 Health Insurance Coordinator in Suez: The new medical complex is the “largest” in northern Egypt