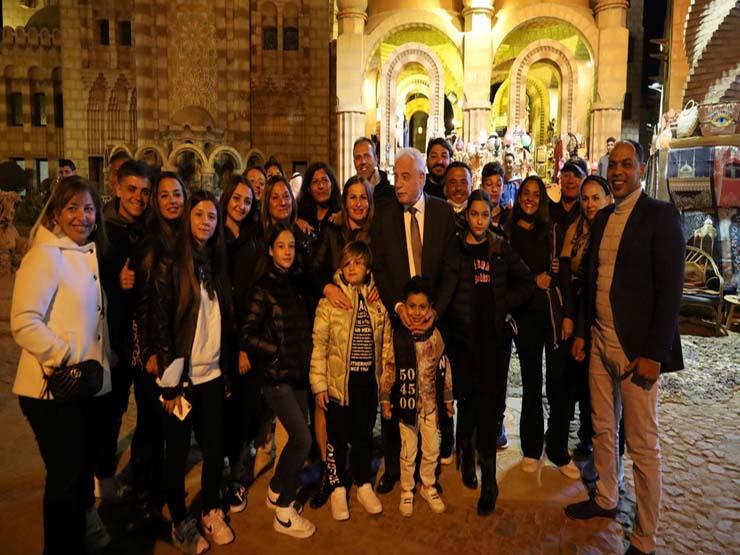 Major General Khaled Fouda, Governor of South Sinai, conducted a night tour in Sharm El-Sheikh, to follow up on the final touches of preparations for hosting the World Youth Forum, scheduled to start next Monday, in the presence of President Abdel Fattah El-Sisi, a number of diplomatic figures, and about 2,000 young people from 196 countries around the world. .

The governor distributed meals to workers who work on the streets, to motivate them and raise their morale, inspect the lighting, planning and beautification of streets and roads in the city, and activate global happiness standards with the icon of peace.

And the administration of the World Youth Forum had announced, in a statement, that unprecedented techniques would be used to combat the Corona virus, including a sophisticated robot that works to sterilize the halls, and another to measure the temperatures of the participants. On the anniversary of her death, how did Hoda Shaarawy change the life of Egyptian women?