Shim Sang-jung “Lee Jae-myung has no labor promises, and every time Yoon Seok-yeol speaks, 50 years of retreat… I will protect the lives of workers.”

Justice Party presidential candidate Shim Sang-jung speaks at the inauguration ceremony of the Labor Electoral Commission held at the National Assembly Hall in Yeongdeungpo-gu, Seoul on the 8th. Courtesy of the Justice Party’s spokesperson’s office.

Candidate Shim said at the inauguration ceremony of the Justice Party’s ‘Labor Election Commissioner’ held at the National Assembly Hall in Yeongdeungpo-gu, Seoul on the afternoon of the 8th, “This election will decide whether to go to an advanced labor country or to regress to a labor-developed country again.” They are not talking about labor or openly instigating labor regression,” he said.

Candidate Shim continued, “Candidate Lee Jae-myung is not making even a single promise as if all workers’ votes were his own.” that’s one thing We have to be alert.”

Candidate Shim has put forward the ‘New Labor Law’ as one of his first presidential campaign promises. The new labor law aims to broaden the scope of workers. It includes contents such as expanding the ‘labor provider’ stipulated in the labor-related law to ‘working person’, applying the Labor Standards Act to workplaces with fewer than 5 employees, and introducing employment insurance to all citizens. “More than 10 million citizens are outside the right to work,” Shim said. It is a violation of fundamental rights. The first promise of the New Labor Act is to be with you at the start of the 100-year transition that sets up rights and subjects with labor as the center,” he said.

Candidate Shim also announced that he would introduce ‘equal pay’ to eliminate wage discrimination between non-regular and regular workers and bridge the gender wage gap by introducing a gender equal wage disclosure system. While guaranteeing the right to work for specially hired workers and platform workers, he promised to properly complete the Act on the Punishment of Companies with Serious Accidents.

Is postponing the Libyan elections the most likely option? 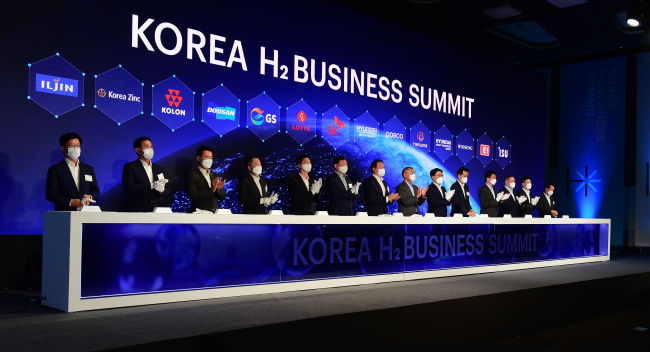 Companies say they are investing tens of trillions of dollars…

Under Omicron’s threats, will the WTO concede ownership rights to Corona vaccines?