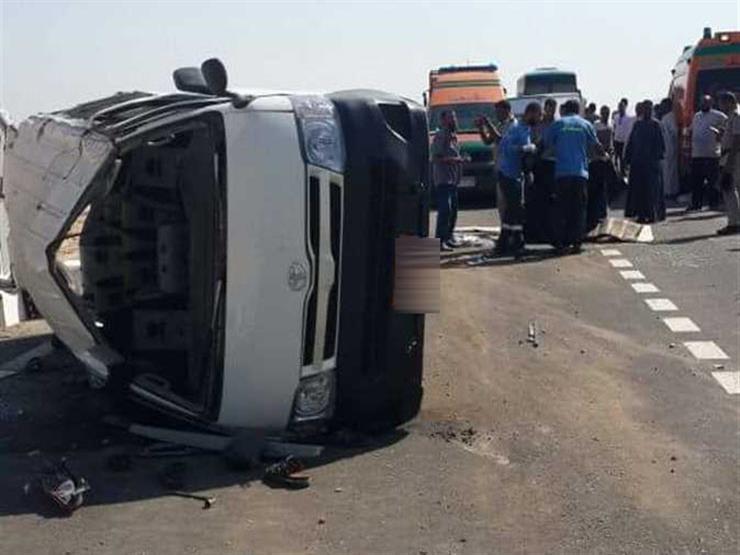 Five people were injured when a microbus overturned, in the canal adjacent to the agricultural road, in front of the village of Bani Affan in the center of Beni Suef.

Major General Tariq Mashhour, director of Beni Suef security, received a notification from Major General Osama Gomaa, director of criminal investigations, that a microbus had overturned in the canal adjacent to the agricultural road of Ehnasia Beni Suef, in front of the village of Bani Affan.

The injured were transferred to the University Hospital to receive the necessary first aid, and a report was drawn up on the incident.​

Ambitions clash with reality.. Where did the Egyptian military production reach? “It is not over.” Magdy Badran: “The absence of health education is the cause of the death of 5 million people in Corona.”

Documenting the events of the Syrian revolution in books and novels