“Muslims for sale” in India .. Who is behind this offensive application? 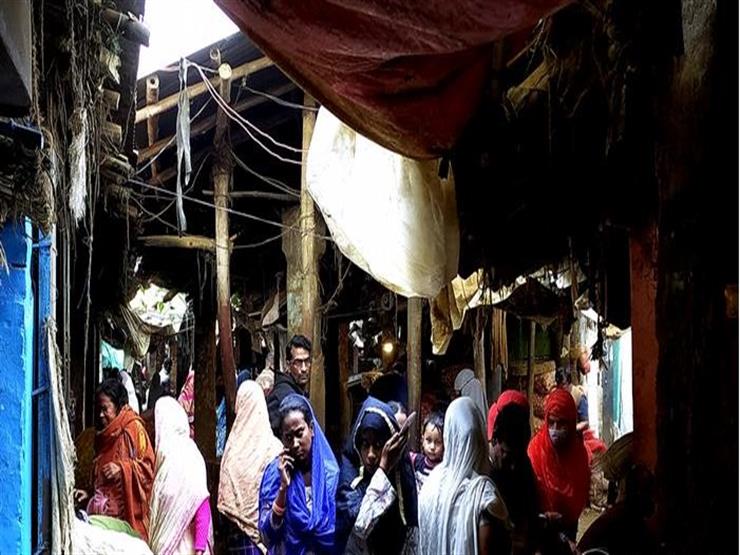 The scandal of the application of “Muslim women for sale” via the Internet in a “fake auction”, sparked angry reactions to what Muslim women are exposed to in India, especially women’s rights advocates. Despite the police arresting three people, the question remains: Who is behind these abuses?

Indian journalist and activist Ziba Warsi was shocked and stunned when she woke up one morning in early January to find her name on an app to “sell Muslim women” through a “fake auction” on the Internet.

Her shock was evident in the tone of her speech to DW, as she stressed, “I felt really angry and helpless because this is something that I and many Muslim women in this country have been exposed to.”

The GitHub app was called “Bulli Bai”, a derogatory term for Muslim women in India, while the app posted pictures of dozens of women without their consent before it was removed.

The app allows its users to “buy” women in a “fake auction”, including female journalists, activists and artists, with their photos and names displayed. The campaign has been dubbed “Polypay Deals”, which aims to degrade Muslim women in India.

Warsi believes that this application indicates the targeting of Muslim women in India, adding, “Muslim women activists have become an easy target.”

The application displayed pictures of more than 100 Muslim women, most of whom are defenders and activists on social networking sites, especially in the field of Muslim rights in India.

In that, journalist Warsi said, “These women are journalists, activists and political figures who are active within the social space in India as they speak loudly about the issues of society, particularly the growing phenomenon of Islamophobia in India.”

She stressed that the involvement of these women in defending the rights of Muslims in India was the reason behind displaying their images in the application, adding, “India is a patriarchal society, so if you want to target a specific group within this society, you should target women.”

She said the perpetrators of the app were likely encouraged by the rise of far-right ideas of Hindus in India.

Warsi was not the Muslim journalist whose name was published by the application, as the site targeted Muslim female journalists, including journalist Ismat Ara, who filed a complaint with the Indian police and published it on the social networking site, where she wrote: “This application is designed to insult Muslim women.”

In its response, Mumbai police – the capital of India’s economy – said they were investigating if the app was part of a “bigger conspiracy”.

It is noteworthy that the auction was not actually conducted, but rather was fake, as no sale took place, while activists say that the aim was to insult Muslim women, especially activists in the defense of Muslim rights in India.

The police are chasing the perpetrators

The Minister of Technology and Information Ashwini Vishnu also announced that the GitHub platform confirmed the ban on the application and the user, stressing that the cyber security authorities are cooperating with the police to take further measures. “The Indian government is working with the police agencies in Delhi and Mumbai on this issue,” the minister said.

It is noteworthy that the Indian police in the capital, New Delhi and Mumbai, have arrested four people suspected of involvement in the case, including Neeraj Bishnoi, the person who created the application, as well as three perpetrators, Shweta Singh, Mayank Rawal and Vishal Kumar Jha.

The police stated that the ages of the arrested people ranged between 18 and 25 years and were believed to have been influenced by the thought of the Hindu right in India. Sources said Shweta Singh, an Indian girl from the northern Indian state of Uttarakhand, is the youngest of those arrested so far.

And Reuters news agency quoted a police official as saying that the 18-year-old Singh had contacted users of the Hindu right through social media platforms after the end of school exams in 2021.

The official – who spoke on condition of anonymity – said the girl told him that her actions were based on the Hindu right-wing ideology promoted on social media platforms and that she was influenced by. “The reason for her presence on the social media was to distract her, but she got involved,” the official added.

The New Delhi police also arrested Amkarshwar Thakur, the person believed to be behind the Sullideal app, which was created before the PolyPay app, where he held an auction to sell Muslims called “Deal of the Day”.

It is noteworthy that the word “Sully”, like “Polly Bay”, carries a contempt for Muslim women in India, while there was no real auction, as the purpose of the matter was to humiliate the Muslim woman.

It is worth noting that the news website The Wire in India reported last Thursday that the Tek Fog application is being used by some to “promote and amplify right-wing propaganda” to the public, noting that the application is linked to the “Bharatiya Janata Party” or “Indian Hindu People’s Party” ruling in the country. .

Following the publication of the report, Rahul Gandhi – one of the most prominent leaders of the country’s main opposition party – tweeted that the “hate factories” launched by the BJP contributed to the radicalization of the people involved in creating the Polly Pay app.

The Tek Fo application has sparked a lot of controversy in India, especially after journalist Arafa Khanum Sherwani published a long list of prominent women figures of various religions, including Hinduism, who were threatened and targeted through the application.

It is noteworthy that no statement has been issued by Indian Prime Minister Narendra Modi and his ruling party in this matter so far.

Such apps have raised concerns among women across the country that modern apps and social media platforms can be used to spread hatred and target religious minorities.

In a press statement, Hassiba Amin – the social media coordinator for the opposition Congress Party – said that she had to “reduce the intensity of many discussions on social media. We have families who are upset, especially in light of the high level of helplessness regarding the matter.”

Hassiba Amin was among the women targeted by the apps Soleil Deal and Polypay, adding that the people behind the app “hate” activists and women’s voices.

“They hate any Muslim women’s voice, but they also hate women, especially those who speak loudly. They hate Muslims. Every woman who was targeted was a woman, a Muslim, and she was speaking loudly,” she added.

It is noteworthy that Muslims in India constitute about 14 percent of the population of 1.3 billion people, while the differences between Muslims and Modi (Indian Prime Minister) and supporters of the Hindu right, especially over the controversial “nationality” law that was approved in 2019 despite the massive protests against it, increased.