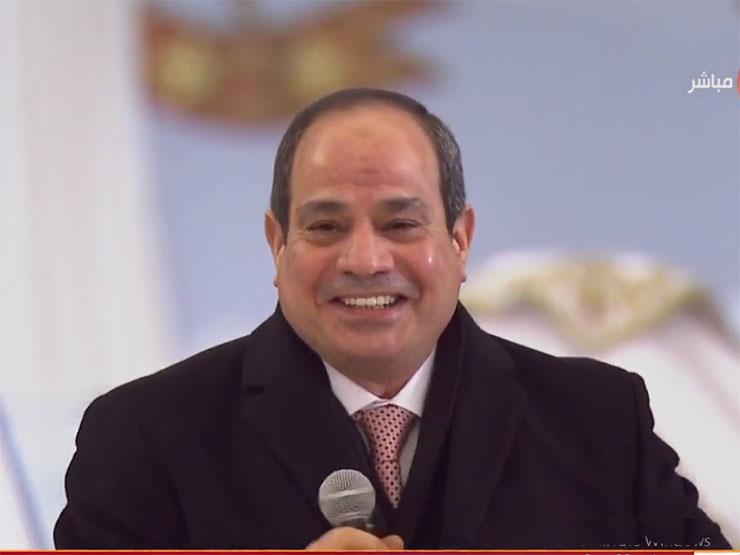 President Abdel Fattah El-Sisi’s words during the activities of the second day of the World Youth Forum hosted by Sharm El-Sheikh topped the headlines and interests of Cairo newspapers, issued today, Wednesday.

Al-Gomhouria newspaper reported that the second day of the World Youth Forum, under the patronage and presence of President Abdel Fattah El-Sisi, witnessed 10 discussion sessions at the highest level, with the participation of a number of world leaders, heads of governments and representatives of international organizations, pointing out that President Abdel Fattah El-Sisi participated in two important sessions, “a model, one of which is a simulation.” The International Human Rights Council at the United Nations” and the other entitled “The Road from Glasgow to Confront Climate Change”.

The newspaper pointed out that the president addressed, in an intervention before the session of the “model of the simulation of the International Human Rights Council at the United Nations”, the procedures and restrictions imposed by the “Corona” pandemic on the international community, noting that the goal of these procedures is to protect the whole world, and said that this shed light on the limitation of “Human Rights” on freedom of expression and political practice.

President Sisi affirmed Egypt’s keenness on human rights and non-discrimination, noting that diversity and difference between people and countries is the reality, stressing that health care, education and job opportunities are inherent rights of human beings. In the same context, he made it clear that Egypt hosts 6 million refugees, who live among us without shelters.

The newspaper reported that the discussion session was attended by Prime Minister Dr. Mostafa Madbouly, Ambassador Mohamed Nasr, Director of the Climate, Environment and Sustainable Development Department at the Ministry of Foreign Affairs, advisor to the African Negotiators Group, and Cassie Flynn, strategic advisor on climate change at the Executive Office of the United Nations Development Program, and founder of an environmental and development consultancy company in Africa Akil Hagat, founder of (Hawa-Sawa) Karim Tarraf and Marco Schelz, a researcher and consultant for the Open Earth Foundation, and a group of speakers via video conference technology.

Al-Gomhouria quoted President Abdel Fattah El-Sisi’s affirmation in the climate change session that Egypt moved quickly to confront the negative effects of climate change, noting that Egypt had talked with car companies in the world five years ago to manufacture electric and natural gas-powered cars in Egypt as an alternative to using fossil fuels that pollute the environment. .

She noted the president’s stress on the importance of countries and the private sector joining forces to confront climate change, pointing out that there is an opportunity to change between 200 to 300 million cars worldwide and convert them to work with clean energy, adding that Egypt has cleared all lakes and lining canals with a distance of up to 40 thousand kilometers at a cost of 80 billion pounds and the implementation of the “Decent Life” initiative to change the lives of 60 million citizens, which provided thousands of job opportunities for young people, operating cement and iron factories and means of transportation, in addition to establishing a road network, although it does not suffer from the problem of emissions. The harmful effects are almost negligible compared to their percentage at the level of the world, and President Abdel Fattah Al-Sisi stressed that the mechanisms of humanitarian action are capable of confronting any negative developments in Egypt.

The President said that we have allocated 100 billion pounds to overcome the Corona crisis in Egypt, stressing the importance of countries and the private sector joining forces to confront the phenomenon of climate change, noting that the global “Corona ordeal” has spread negative effects to all countries of the world, and he said that the pandemic has not spared any of the surrounding countries Us, not Egypt.

The newspaper “Al-Gomhouria” also reported that the former US Secretary of State and US Special Envoy for Climate Affairs, John Kerry, expressed his happiness for his participation in the World Youth Forum, which is currently being held in Sharm El-Sheikh, expressing his special thanks to President Abdel Fattah El-Sisi for his interest in the climate issue and the Egyptian government’s commitment to sponsoring The next session of the twenty-seventh global conference of the parties to the United Nations Convention on Climate Change, COP27.

The newspaper pointed out that this came during Kerry’s speech, via video conference, yesterday, in the discussion session entitled “The Road from Glasgow to Sharm El-Sheikh to confront climate change in the fourth edition of the World Youth Forum, held in the presence and patronage of President Abdel Fattah El-Sisi.”

The newspaper quoted the US envoy as saying, “I am pleased to be able to assist Egypt in the area of ​​great interest in the issue of climate, and its willingness to engage youth around the world to get the job done, so I think that the participation of young people in this is critical.

He continued, “I would like to pay my respects to Foreign Minister Sameh Shoukry, a good friend of mine for years when I was foreign minister, and to thank the Minister of Environment, Dr. Yasmine Fouad, who was a close partner during the Glasgow Conference in Britain… Now we are called upon to play a great leadership role as we move forward towards the Climate Summit.” in Sharm El Sheikh.

The newspaper stated that President Sisi affirmed Egypt’s keenness to support the current Palestinian diplomatic move internationally and regionally in order to find a political path that would allow the resumption of peace negotiations.

Al-Gomhoria quoted the official spokesman for the Presidency of the Republic, Ambassador Bassam Radi, as saying that President Sisi stressed, during the meeting, the stability of the Egyptian position in support of the Palestinian cause and its fair and comprehensive settlement in accordance with the references of international legitimacy.

The official spokesman added that the meeting witnessed a review of efforts to rebuild the Gaza Strip, as well as discussions on the latest developments on the Palestinian arena in light of developments at all internal, regional and international levels, which in turn affect the Palestinian cause, as well as the intensive Egyptian regional efforts and contacts in this framework during the period Finally, it was agreed to continue intensive consultation and coordination, whether at the bilateral or trilateral level, with the participation of brotherly Jordan, in order to revive the peace process.

On the economic issue, Al-Ahram newspaper quoted the statement of Mohamed El-Etreby, President of Banque Misr and President of the Union of Banks, that the Central Bank’s decision to organize the granting of emergency liquidity to the bank is a regulatory procedure followed by central banks worldwide, and it is not a new matter, or related to a specific financial situation, but it is a future hedge. Precautionary to support banks operating in the banking sector with solvency.

He stressed that banks operating in the Egyptian market enjoy strong financial positions, and all financial indicators of cash liquidity confirm this, adding that the Central Bank is working in accordance with the best international rules to ensure the continuous development of the banking sector.

Regarding the weather, Al-Akhbar newspaper reported that the Meteorological Authority expected a relative improvement in weather conditions today, with moderate weather during the day on Greater Cairo, Lower Egypt, the eastern coasts and northern Upper Egypt, tending to cold on the western coasts, warm on southern Sinai and southern Upper Egypt, very cold at night on all parts. Reaches frost in central Sinai.

With regard to the sports issue, and under the title “A faltering start for the “Pharaohs” in the African World Cup in Cameroon”, “Al-Ahram” reported that the Egyptian national football team lost against its Nigerian counterpart, 1-0, in the match that took place between them yesterday evening in the first round of Group D matches in the finals. The African Nations, currently being held in Cameroon at the Romédi Adega stadium, scored the only goal by Kleichi Ihia Nacho in the 30th minute of the first half.

She pointed out that the national team performed a modest performance due to the unsuccessful formation of coach Carlos Queiroz, while the Nigerian team was the best, fastest and most dangerous over the course of the first half, noting that our team’s performance improved relatively in the second after the changes made by the device by pushing Ramadan Sobhi and Zizou And Mohamed Sharif, and Mohamed El-Shennawy was the star of the match, as he saved many achieved opportunities that could have raised the yield of the Green Eagles, so that the Nigerian team got the first three points, while the national team came out empty-handed, and its next two matches against Guinea Bissau and Sudan became indivisible by Two, and a victory must be achieved to secure a ticket to the round of 16. 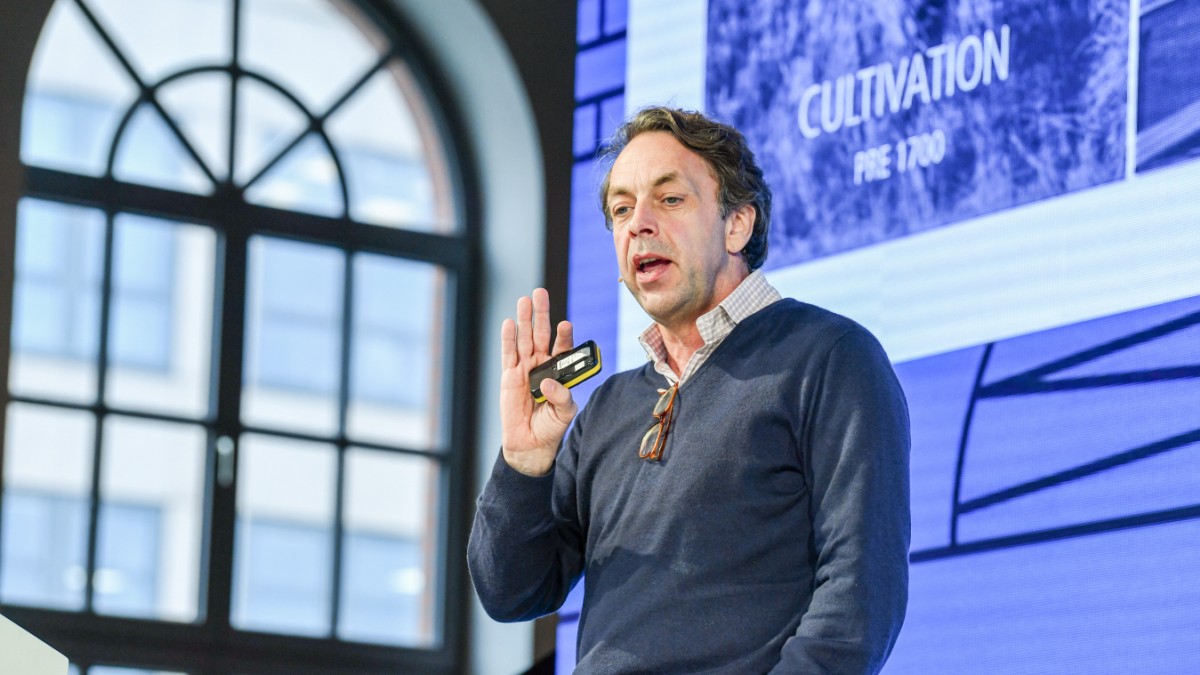 Consumption and investment take a step back, the Korean economy grew 0.3% in the third quarter