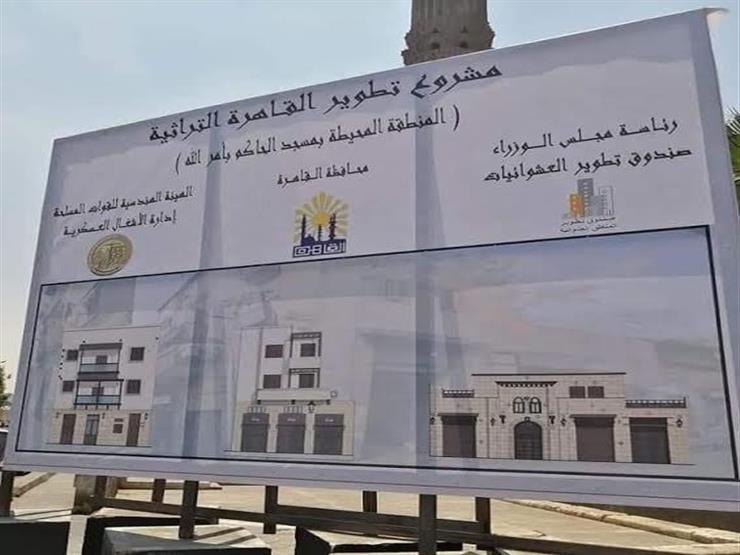 The government and the Cairo governorate agencies continue development work in a number of targeted areas within the plan to revive Historic Cairo and restore its heritage, cultural and touristic splendor.

The plan for the development of Historic Cairo, according to the data of the Urban Development Fund, includes the areas of: Al-Darb Al-Ahmar, Al-Gamaliya, Al-Hussein and areas in the Khalifa neighborhood, which include a large number of Islamic monuments and heritage buildings, as part of the plan to restore the cultural splendor of the capital and maximize the use of these areas.

The development works include the area surrounding the Al-Hakim Mosque, Bab Al-Nasr and Bab Al-Futuh on an area of ​​14 acres, and its borders are Al-Jamaliah Street in the east, Al-Moez Street in the west, and Al-Dhababiya Street in the south.

The area south of Bab Zuweila is the second area in the development work plan on an area of ​​8.5 acres. It includes the area between Ahmed Maher Street and Al-Darb Al-Jadid in the north to Atfat Al-Sobki in the south, and includes the area of ​​​​Kasbah Radwan and Khayamiya up to Hammam Al-Qarbia.

The third area within the development plan is the Haret Al-Roum and Bab Zuweila area, on an area of ​​8 acres, and it includes the area behind the Nafisa Al-Bayda Agency to Haret Al-Roum in the north and south until Ahmed Maher Street and Al-Darb Al-Jadid.

The fourth area in which the development will take place is the area surrounding Al-Hussein Mosque, and it includes the area specified in Al-Azhar Street in the south and Sayed Al-Dawakhli Street in the east, from the west Umm Al-Ghulam Street and Al-Darb Al-Ahmar and in the north until the intersection of Qasr Al-Shouq Street with Al-Gamaliya on an area of ​​13.7 acres.

The Labbaneh area is the fifth area in the development plan of Historic Cairo on an area of ​​10.5 acres. It includes the Qalb al-Labbana area defined by Sikkat al-Koumi Street in the east, Sikkat al-Mahajar and Salah al-Din Square (Citadel Square) in the south, and the part overlooking al-Rifai Street in the west.

The development plan includes the rehabilitation and restoration of the residential area around the Al Hussein Mosque, the Khan Al Hussein handicraft area, the construction of a mechanical garage, and the development of the area on Al Azhar Street, Darb Al-Labbana, Bab Zuweila, and Al Hakim Bi-Amr Allah Mosque.

The Milky Way area will also be rehabilitated and revived. Works include restoring building facades, establishing a number of educational and cultural projects, as well as constructing a hotel, a commercial market, and a car park.

The architectural rehabilitation proposal for the Al-Hakim Mosque area, on an area of ​​52 thousand square meters, includes the establishment of heritage hotels, the revival of old lost agencies, the construction of a multi-storey garage, a main square, a courtyard for the activities of the Cairo Wall, restaurants, and tourist and commercial activities.

It is intended to implement a complete plan for the road and street network in Historic Cairo, adopt a traffic plan for the area, and pedestrian paths.

The Historic Cairo Development Project focuses on revitalizing high-value heritage buildings and reusing them to integrate them into the urban fabric of the area and rehabilitating buildings of good and medium condition to improve the urban character, while studying the possibility of changing the uses of vacant and ruined areas and buildings in a deteriorated state of no value, according to the required needs to complete the urban fabric.

With regard to the proposal to develop the Bab Zuweila area, Al-Rum neighborhood and Al-Hakim Mosque, there is an urban rehabilitation project for the Bab Zuweila area to the borders of the study area, with a total area of ​​64 thousand square meters, which includes studies on the current situation in terms of the urban structure, the general condition of the buildings in the area, their architectural value and their uses .

The aesthetic development plans include the rehabilitation and restoration of the residential area around the Al-Hussein Mosque (Al-Jamaliah), which is included in the UNESCO World Heritage. Handmade crafts to revive these crafts, similar to the Beit Jameel School in Fustat, next to the Traveler Khana Hotel.

The plan also includes the restoration of heritage houses and the streets located in them, which includes 35 heritage houses made of stone, which are being rehabilitated, improved and maintained, with a study of improving the facades of all the remaining 200 houses.

The project of the rehabilitation and revitalization scheme of the “Labaneh Path” area includes the reuse of some buildings to become tourist, artistic and religious attractions, in addition to the educational and cultural path, which includes a center for showing documentary films, as well as service areas, an entertainment, commercial and residential path, a tourist path, and a path For community services, it contains markets, restaurants, outlets, two public and recreational parks, and car parking areas.

The proposal for the development of Al-Hataba area, which includes a group of buildings of the Mamluk and Ottoman eras, distinguished historical and religious buildings, 67 handicraft workshops, most of which are manual, and a center for the manufacture of mother-of-pearl inlay products in Cairo.

The plan aims at restoring and revitalizing heritage and historical buildings, rebuilding empty lands and ruined buildings as residential, craft and commercial buildings in cooperation with the residents, reviving tourist paths and linking them to the tourism of the Citadel, Sultan Hassan and Al-Darb Al-Ahmar, and developing a tourist walkway, in addition to developing heritage crafts with Preserving the urban fabric, and involving the people of Al-Hattaba in the development projects of Darb Al-Labbana and Al-Darb Al-Ahmar with handicraft products.

It is planned to renovate the Souk al-Sarlah area, to become a path to display all the historical chapters that passed through Historic Cairo, starting from the Fatimid era represented in ancient shrines to the modern era, passing through the Mamluk and Turkish eras.

The proposal includes the possibility of rehabilitation with various activities that attract visitors interested in religious visits, folk baths, residential and community development, water distribution and management in the old city, or traditional craft assets, ensuring the existence of a continuous tourist and cultural movement. The possibility of adding a tourist residence to the route to stimulate economic and social development.

Eng. Khaled Siddik said that there are activities inside Historic Cairo that are not suitable to be in this area of ​​heritage value, pointing out that it is planned to move them outside the borders of the region.

A friend added to Masrawy: These professions include plumbing, carpentry, blacksmithing, mechanics and car plumbers, but: Do these people go out and let them die or become homeless? No.. We will build 60 acres on the Jihan Sadat axis. It will be a workshop complex.

Cairo Governorate is working to establish a North Craftsmen Complex in the Mansha’at Nasser neighborhood, where the project aims to vacate the historic Cairo area from workshops whose presence does not match the nature of the place and its historical and touristic importance.

The Executive Council of Cairo Governorate, in a previous meeting, approved the planning project for the North Craftsmen area in a flat area of ​​about 60 acres in the Mansha’at Nasser neighborhood. 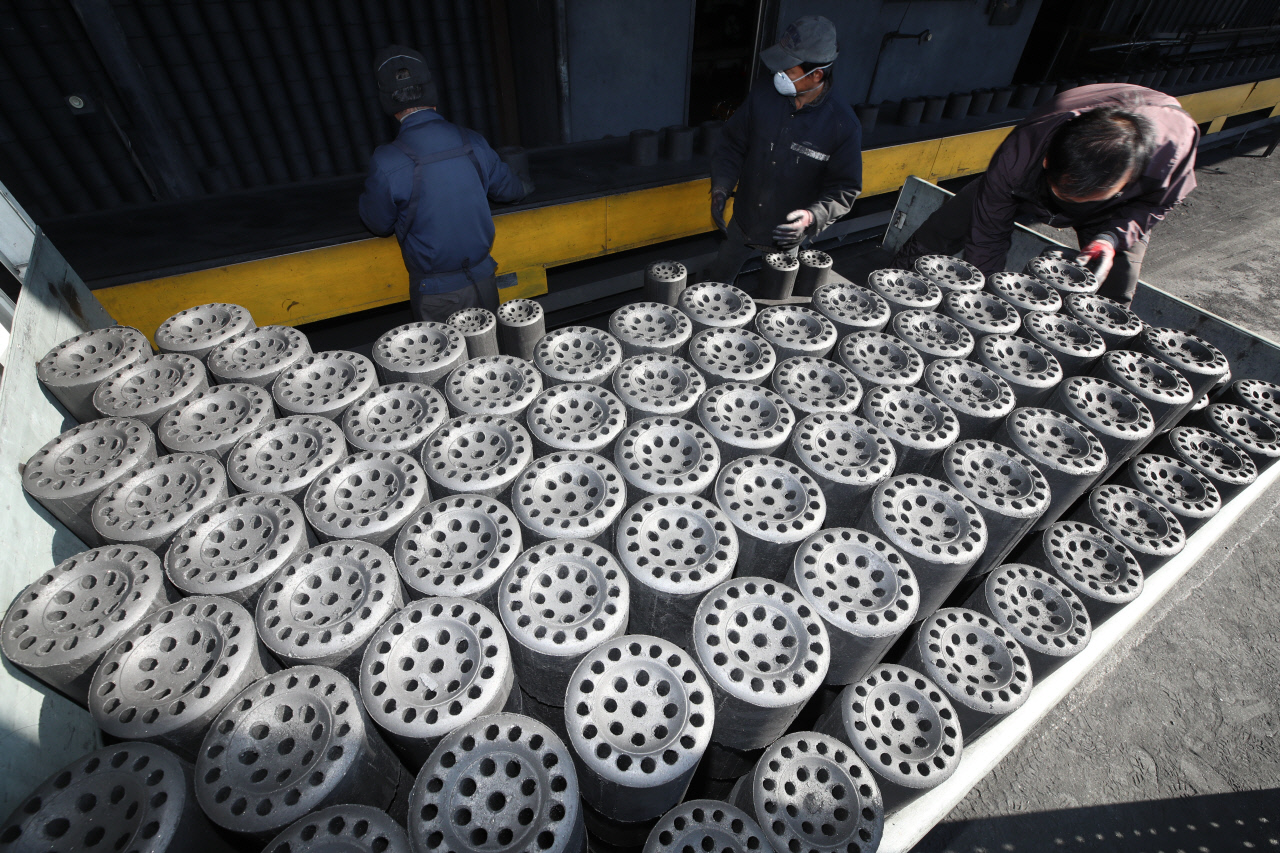 Yoon Seok-yeol, “The abolition of the Ministry of Leisure, work for the country”… Gender Commitment “I’ll Think About It”