Yesterday night, and until the early hours of Tuesday morning, witnessed many important events at the local and international levels, the most prominent of which were the following:

More injuries since the beginning of the pandemic.. Health announces Corona statement for Monday

On Monday, the Ministry of Health and Population announced that 1,891 people recovered from the Corona virus have been discharged from hospitals, after receiving the necessary medical care and completing their recovery according to the guidelines of the World Health Organization, bringing the total of those recovering from the virus to 358,165 to date.

“Father, mother and 5 children”… Details of the death of 7 people from one family in Sharabeya

The preliminary examination of the killing of 7 people from one family in Sharabeya indicated that the cause was the gas heater in the house, which ignited after a long period of use.

Health: Receiving the first shipments of the drug “EvoShield” to treat people with corona (video)

The Ministry of Health announced the reception of the first shipments of the drug “Evoshield”, which was developed by AstraZeneca to treat cases infected with the emerging coronavirus, in order to provide the best health services to citizens in accordance with international standards.

“Manpower”: collection of 78 thousand Egyptian pounds in dues in Jeddah

The Minister of Manpower, Muhammad Saafan, said that the Ministry’s Labor Representation Office at the Egyptian Consulate General in Jeddah, Saudi Arabia, succeeded in settling the dues of the Egyptian citizen, “Wael.A.A.A.” One thousand and 750 Saudi riyals, equivalent to approximately 78 thousand and 750 Egyptian pounds.

Ahmed Kamal, the official spokesman, the Deputy Minister of Supply and Internal Trade, said that today, Monday, January 31, 2022, is the last to receive the documents of the applicants for my association project who are on the database on the waiting lists, noting that the number of applicants for the project in the fourth stage within the waiting lists has reached Approximately 8 thousand applicants, and the screening of applications that meet the requirements for application will begin tomorrow.

The Minister of Electricity and Renewable Energy, Dr. Mohamed Shaker, said that Denmark is a reliable partner with great experience in electricity projects, praising the distinguished political relations between Egypt and Denmark, and welcomed cooperation with Danish companies.

Health reveals what is post-Corona syndrome and what are its symptoms?

Dr. Ashraf Hatem, the former Minister of Health and Chairman of the Health Committee of the House of Representatives, revealed the symptoms of post-infection syndrome with corona, explaining that studies in 2019 discovered that after recovery from Corona, symptoms of other diseases appear.

Weather in 48 hours.. Rain on Cairo.. and this is when the weather improves

Dr. Manar Ghanem, a member of the Meteorological Authority’s media center, said that today we are witnessing a normal winter atmosphere in all regions, where temperatures have fallen slightly from yesterday from one to two degrees, and there are chances of medium to light rain in a number of regions.

Surprise in Al-Hussein fire.. Two burnt bodies of a man and a woman were found under the rubble

The operations to remove the rubble of the fire that occurred in the vicinity of the Imam Hussein Mosque revealed a shocking surprise, as civil protection men found two burnt bodies.

85 addicts inside a torture cellar.. What happened in a violating clinic in Abu Nomros?

An errand from the South Giza Division and Juvenile Welfare Investigations raided a rented villa that a “runaway” person took as a medical center for addiction treatment “without a license”.

We publish the date and location of the funeral of Mohamed Abdel Salam Al Mahjoub, former Minister of Local Development

Karim Amr Khafaga announced the death of his grandfather, Major General Mohamed Abdel Salam Mahjoub, the former Minister of Local Development, and the former Governor of Alexandria, on his official page on the social networking platform “Facebook”.

The World Health Organization mourned Dr. Essam El-Maghazi, head of the Anti-Smoking Association in Egypt, who died a few days ago as a result of being infected with the emerging corona virus.

The Ministry of Health and Population announced its efforts for medical insurance at the 53rd Cairo International Book Fair.

British Prime Minister Boris Johnson expressed his “regret” in Parliament on Monday after an official report was released about parties in Downing Street that violated the general closure measures imposed to contain Covid-19, vowing to “fix things”.

New York Times article: The coming days are crucial for Boris Johnson… Is this the end of the British Prime Minister? 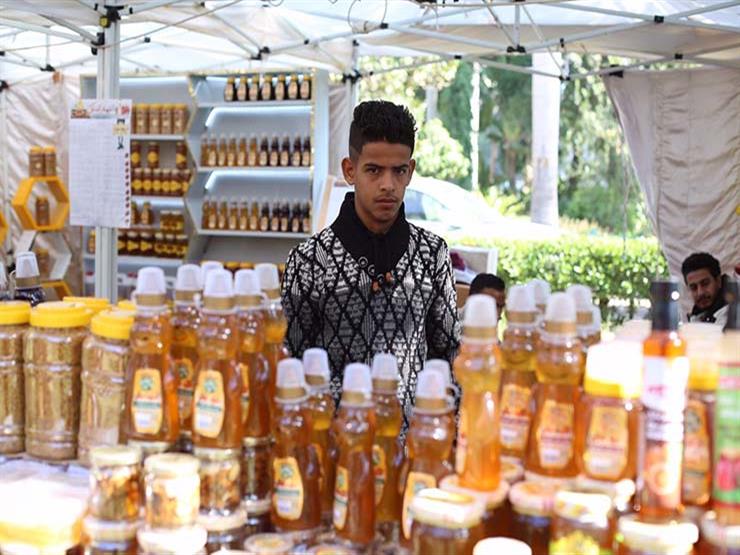 With the participation of 100 exhibitors.. “Agriculture”: the honey festival is a golden opportunity for those interested and manufacturers – photos