A massive fire devours a timber warehouse in Menoufia, without causing any casualties 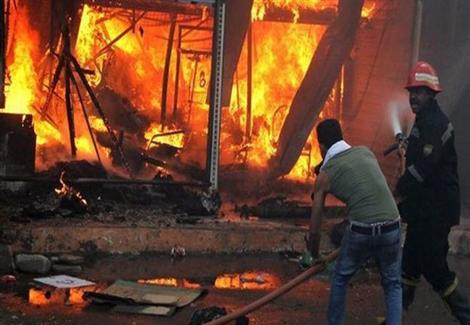 A huge fire broke out in a timber warehouse in the village of Bir Shams in the Bajaur Center in Menoufia Governorate, and consumed large quantities of timber without causing any loss of life.

Major General Salem Al-Domini, Director of Menoufia Security, received a notification from the Bajaur police station’s warden of a report of a fire in a wood store inside a house on Kafr Mahmoud Road, which is located in the control of Bir Shams village in the center’s district.

Civil Defense vehicles moved to the site of the fire, and were able to extinguish it and prevent its spread to neighboring houses, while large quantities of wood were burned inside the warehouse without causing any loss of life. The place was inspected to determine the cause of the fire.

The necessary record was released from the incident, and the Public Prosecution office was notified to initiate investigations.

Americans are discontented with the rise in gasoline prices