Deutsche Bahn: Stuttgart 21 will be one billion euros more expensive 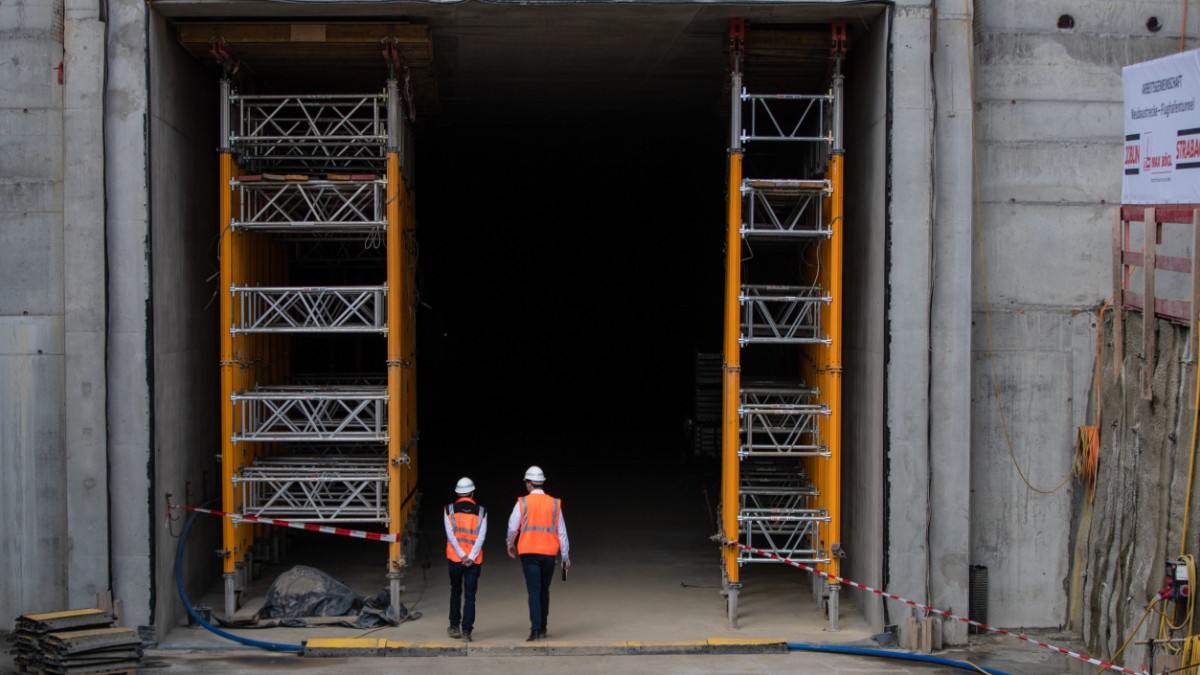 The controversial train station prestige project Stuttgart 21 should be significantly more expensive than previously thought. According to information from government circles, Deutsche Bahn now expects costs of 9.2 billion euros. Most recently, the railway had estimated the costs at 8.2 billion euros. Within the next two weeks, a supervisory board of the railways is to discuss the new situation at a special meeting. According to the plans, the start date is not in danger. The station is scheduled to open in December 2025.

For years, the project has been regarded as a negative example of large-scale projects in Germany. There were violent protests against the construction, the costs and the schedule kept getting out of hand. When the then railway boss Heinz Dürr, the former transport minister Matthias Wissmann and Baden-Württemberg’s then prime minister Erwin Teufel first designed the vision of an underground station for Stuttgart in 1994, the construction was supposed to cost 4.8 billion – D-Mark mind you. Completion: 2010 at the latest.

In the construction project that Deutsche Bahn is implementing, the Stuttgart terminus station will become an underground through station. This should speed up domestic German and European connections. The train station is also said to be the first hub in Germany to be completely digitally controlled.

The massive increase in construction prices is responsible for the renewed drastic cost increases, according to government circles. First he had Spiegel reported about it. The station project has been under construction since February 2010.

With the additional billions in costs, the railways are threatened with a huge financing gap. Because the railways, the federal government, the EU, the state of Baden-Württemberg, the city of Stuttgart and the airport had agreed in 2009 to split the costs. At that time, however, they were still assuming 4.5 billion euros. In the meantime, however, the project partners no longer want to contribute to the additional costs. Baden-Württemberg only wants to pay the 930 million euros agreed in the financing contract, and the federal government also refuses to assume any further costs. Deutsche Bahn therefore filed a lawsuit with the Stuttgart Administrative Court in 2016. A decision is still pending. She is expected this year.

“The railways and their owner, the federal government, have to clarify who will bear the deficit.”

Baden-Württemberg announced again on Friday that it no longer wanted to pay. “The railways and their owner, the federal government, have to clarify who will bear the deficit,” said state transport minister Winfried Hermann (Greens). “And they must finally refrain from complaining that the voluntary co-financers of the project are involved in the gigantic cost increases.” More than the 930 million euros paid are not possible, said Hermann. “The state, the city of Stuttgart, the region and the airport have stated many times that no further donations will be made.”

Hermann also expressed surprise at the new number. If they agree, “then the costs would have tripled since the conclusion of the financing agreement in 2009”. In the past, rumors about cost increases were unfortunately regularly confirmed, Hermann continued – “usually after elections”. Apparently, the state government had not yet heard anything about the cost increases caused by the railways. “For years, the S-21 steering committee has always answered questions about cost trends: it’s within limits and the buffer is enough,” said Hermann.

Ahn Cheol-soo “The bilateral discussion between Lee Jae-myung and Yoon Seok-yeol is devastating… We will file a lawsuit for injunction against broadcasting.”

An American desire and an Iranian hint… Are there direct negotiations between Washington and Tehran in Vienna?