Why did ‘Anchovy and Beans’ not become a standard seller?

The ‘Anchovy Challenge’, which had a dog whistle effect, silently lost its effectiveness after the public campaign was switched. Capture each Instagram

In early January of this year, Korean society was shaken by the untimely ‘destruction’ controversy. But when I thought about it, I thought that the word ‘out of time’ had become an out of time word. In the eyes of those who witnessed all kinds of ugly forms of politics such as the north wind and color theory when they were in a politically backward country long ago, it must be an unpleasant feeling to be put in the mouths of politicians now that the word ‘destroyed kingdom’ is older than ‘professional North Korea’. However, for those who were born after the 2000s and grew up without ever coming across the same words as the relics of that old era, it might be accepted as a new and fresh rhetoric for attacking the ruling party. Seeing the members of the ruling party react nervously to a simple word that doesn’t seem particularly special, you must have felt the joy of hitting the sore spot of someone you hate for some reason.

Why couldn’t ‘Anchovy’ continue?
When Shinsegae Group Vice Chairman Jeong Yong-jin, who raised the controversy over the annihilation, made a public apology, bringing up this story again after a brief commotion was put an end to it. Here, I would like to tell a story that can be told because it is a back book. It is a thought about why the hashtag relay or challenge of buying anchovy and beans at the supermarket and using #anchovy and #beans as hashtags on social media did not last long. There is a whistle that produces a high-frequency sound in the range that humans cannot hear, but only dogs. It is generally used when training a dog or when you need to draw the dog’s attention. This dog whistle is a term that constantly appears in today’s political communication discussions. The key is that only those who understand can understand just as only dogs can. A dog whistle refers to a method that cleverly encodes a very dangerous message into an ordinary message that seems to have no cause for controversy and has the same effect as issuing a kind of mobilization order to those who understand it. It is also used as a verb form to say ‘dog whistle to’ to a specific group. It is not difficult to find examples of dog whistle. Tesla CEO Elon Musk posted a picture of his adopted dog, Floky, on social media. However, the dog breed is Shiba Inu. The Shiba Inu is a symbol of the cryptocurrency ‘Dogecoin’, in which Musk himself called himself ‘father’. For those who are unaware of this situation, Musk’s photo is just a cute dog. However, in the eyes of investors who are frightened by the fluctuations in cryptocurrency prices day by day, Musk’s photo of a dog becomes an emergency mobilization order in itself. The skits that many people have to keep their eyes on are not stopping, such as the sudden release of a ‘flokey’ currency, what code is hidden in Musk’s message. Another textbook example is Donald Trump’s 2016 presidential slogan, ‘Make America Great Again’. At first glance, this intuitive slogan appears to be a simple message to restore the glory of the past. However, given that the emphasis is on ‘again’, ‘I am not great now, then who made me not great? It leads to the inference that it must be because of the recent flood of immigrants. At least racists and white supremacists capture that coded message like a whistle that only dogs can hear. And it fosters a bond between those who have captured the hidden message. After Vice Chairman Jung Yong-jin unexpectedly mentioned the annihilation on social media, Yoon Seok-yeol, a presidential candidate for the People’s Power, posted the hashtag ‘#egg #green onion #anchovy #bean’ along with a photo of anchovy for stewing at Shinsegae E-Mart. posted on social media. In response, criticism followed indirectly expressing support for Vice Chairman Jung Yong-jin and also criticizing the current government and the ruling party as a cowardly scheme with a hole to escape. Candidate Seok-Yeol Yoon drew a line by explaining that it was only bought to eat anchovy stock and bean soup, of course.

Pouring cold water is the enemy inside again
The hashtag relay, launched by Vice Chairman Jung Yong-jin and launched by Candidate Seok-yeol Yoon in earnest, could possibly become a much more enduring trend. To add to the exaggeration, there was no way it wouldn’t become Korea’s new ‘stepping on the cross’ in the 2020s. After posting a picture of the anchovies and beans that are commonly bought at the grocery store, write the first letter, ‘#anchovy’. People who recognize the hashtag ‘only those who recognize it’ participate in the hashtag relay with the joy of ‘Ah, this person is also like me’. That’s how a bond develops between people who post #mungkong on social media. On the other hand, someone who raises a problem about this can say, ‘I just posted what I bought at the mart’ and treat the other person as a petty person or a thief with numb feet. It is very difficult to deal with this. After this epidemic has lasted for a certain period of time, people who do not participate in the relay may even create an atmosphere in which they are looked at with suspicion. That didn’t happen. The person who sprinkled red pepper powder on the relay, which could have spread as a huge trend among young right-wing netizens, came from within. Former lawmaker Na Kyung-won said ‘Shinnara’ and relayed hashtags on his social media and said, ‘Destroy! Freedom!’, and Kim Jin-tae, a former member of the National Assembly, wanted to start an annihilation campaign together. If the message hidden in ‘Anchovy’ is exposed like this, the whistle, which only dogs could hear, stops functioning and becomes just a noise. Most of all, the fun is halved as you can’t turn someone who reacts badly to a hashtag into a petty person. In other words, it became ‘stupid’. Thanks to the two former lawmakers’ inattentiveness, what could have been an extremely dangerous fad quickly cooled down.

Media culture researcher. In the first book, the phenomenon of ‘bad obedience’ of extreme provocateurs was analyzed. I am very interested in Korean phenomena in their 20s, left-wing populism, memes and digital phenomena such as Internet communication. 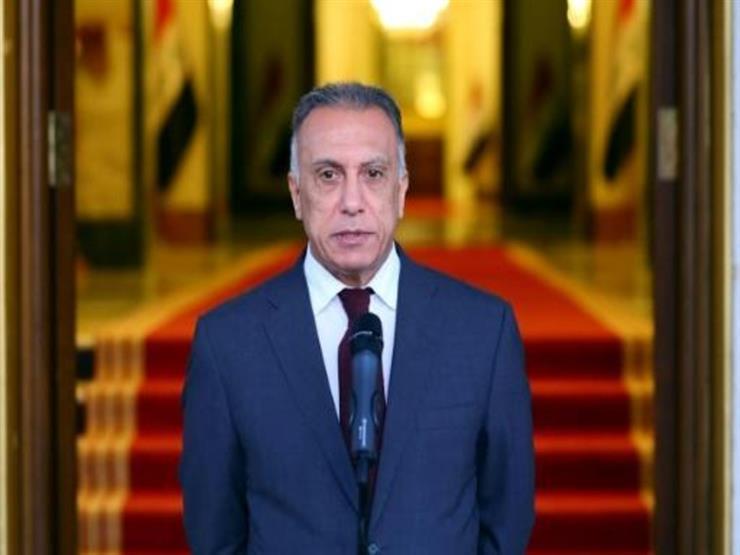 Al-Kazemi: We are working to return the Iraqis stranded in the European Union

Washington Post article: Biden must reform democracy in America before seeking to strengthen it in other countries