Serial killer .. How did man give cancer the chance to survive forever?

(Radwa Ashour, the Egyptian writer who died of brain cancer)

In her book “The Scream”, Radwa Ashour continued her story of brain cancer, which she had begun to tell in a previous novel entitled “Heavier Than Radwa”. Radwa continued to fight cancer with surgeries and radiological sessions and hold on to hope, until she passed away in 2014, leaving the hearts of millions of her family and fans grieved for her.

It is cancer, that disease that invades the body quietly, and does not announce its existence until after it has gained control of you, and it becomes difficult and sometimes impossible to escape from it. Cancer is the second largest cause of death worldwide. It is true that humans did not cause the emergence of this malignant disease, but they were able to create a truly ideal environment, allowing it to continue and spread more and more.

(Paul Kolanthe, the American physician and writer who died of lung cancer in 2015)

All cancers arise from genetic mutations in the genetic material, but this does not mean that all cancers are transmitted through heredity. There are several environmental reasons that contribute to its occurrence, and they are related to the food we eat, the air we breathe, and what touches our bodies as well. Cancer is a general and comprehensive name for more than 100 types of different cancerous diseases discovered so far, which differ in the way they occur and the environmental factors that cause them. It is known, for example, that smoking tobacco increases the chance of developing cancers of the lung, mouth, esophagus and larynx, while exposure to excessive radiation may lead to breast cancer.

The link between tobacco smoking and cancer was first discovered in 1761 in London, 260 years ago. In 1929, the German doctor “Fritz Kent” discovered the relationship between smoking and lung cancer in particular, which led to the emergence of the anti-smoking movement in Nazi Germany at that time. However, during the twentieth century alone, lung cancer turned from a rare disease that affects 5 people out of every 100,000 people, to an endemic disease that affects 75 people out of every 100,000 people thanks to a major factor that is smoking. In 2020, the number of new cases of lung cancer of its various types was estimated at 2.2 million, while the number of deaths reached 1.8 million deaths worldwide in the same year (1) (2).

These numbers are not surprising if we monitor the huge amount of environmental causes that we are all exposed to on an almost daily basis and that increase the chances of developing lung cancer. In the United States for example, tobacco smoking is the number one factor responsible for deaths from lung cancer, at 80-90% (3). This is one environmental factor that has claimed millions of lives over the years, yet humans have failed to eliminate it and prevent it from killing more. However, if you are a non-smoker, you are not immune from the dangers of passive smoking.

Tobacco smoke from burning the fascia and the exhalation of smokers contains 700 chemical compounds (4), at least 69 of which are carcinogens. It is sad that you are unable to avoid the dangers of secondhand smoke while you are surrounded by smokers at work, on the street, in shops, and everywhere. Unfortunately, many countries still do not have strict legislation criminalizing smoking in closed and public places. Passive smoking not only puts you at risk of lung cancer, but also cancer of the breast, throat and blood. Also, there are certain groups that are more likely to develop lung cancer because of the nature of their work, such as workers in the manufacture of products that contain asbestos, a natural mineral that acts as an excellent insulator.

“Do not be afraid, this body is like a shabby shirt that does not last, when I take it off I will slip away from among the roses lying in the chest, and I will leave the funeral and say: This life is beautiful, and death is like history, a false chapter.”

(Rim Banna, the late Palestinian singer who died of breast cancer in 2018)

While lung cancer comes in second place in the list of the most common cancers, breast cancer is at the top of the list with a difference of 600,000 cases in 2020. Breast cancer is not exclusively a female disease, for every 833 men, at least one is expected to develop it. 5). This disease has infected humans since the Greeks existed, and they were making offerings to the god of medicine to save them from him (6). Breast cancer in particular is linked to internal factors, such as age, as it usually affects women over the age of 50. In addition, 5-10% of breast cancer cases occur as a result of an abnormal “gene” that children inherit from their parents.

Despite this, many environmental factors may lead to an increase in the chances of contracting this disease, the most important of which is tobacco smoking, whether the patient is a smoker or exposed to secondhand smoke (7). Many countries in the developing world lack sufficient medical education to protect women from the dangers of smoking. In some areas, smokers don’t care much about those around them, and continue to puff packets of tobacco around women, children, and even pregnant women. Obesity is also one of the causes of breast cancer occurrence or recurrence. In 2016, 15% of the world’s women were found to be obese, and this figure has certainly changed after six years, perhaps upwards (8).

In addition, exposure of women to radiation increases the chances of developing not only breast cancer, but ovarian cancer as well. It was found that women who lived in the vicinity of the Chernobyl disaster area in Ukraine, were twice as likely to develop breast cancer than the general population (9). But even if you’re lucky and don’t witness a nuclear reactor explosion from your balcony, exposure to X-rays and radiotherapy used to treat other cancers may increase your chances. Finally, the use of “hormone replacement therapy”, which contains estrogen and progesterone, which are naturally produced by the body, should be used with caution because it may cause breast cancer in some women.

Cancer has other causes

And I do not answer those who pass over me

The family does not rest in one body without another

The family is permanent

Those who fall asleep soon come down

To the river of life to swim

or plunge into the river of silence

(Amal Dunqul, the Egyptian poet who died of cancer in 1983)

Not all environmental causes of cancer are man-made, and some types of microbial infections increase your risk of developing a type of cancer. In women, all cases of cervical cancer have been found to be attributable to human papillomavirus (HPV). Fortunately, an effective vaccine against this virus has been developed that has reduced cervical cancer cases by 90%, according to one study (10).

Also, hepatitis B and C viruses, which cause long-term inflammation and cirrhosis of liver cells, are among the main causes of liver cancer. Egypt ranks second in the world in the incidence of liver cancer, specifically as a result of the horrific spread of hepatitis C virus. During campaigns to treat citizens for schistosomiasis from 1950-1980, the same virus-contaminated syringes were used to inject medicine to everyone without sterilization. Plastic syringes did not exist yet, and hepatitis viruses were not on the map at all, so the Egyptians were afflicted with a new epidemic that still ravages their livers today (11).

Away from viruses, you have to watch out for the delicious red meat on your plate. Several studies, including one published in October 2021, have found a close relationship between eating red meat, especially processed meat, and the prevalence of colorectal cancer. This disease is particularly prevalent in developed countries as a result of the high ages of its citizens. Most patients with this type of cancer are over the age of fifty (12). Once again, we can identify tobacco smoking as a culprit in causing colon cancer, as well as heavy drinking and obesity. This does not negate the existence of genetic causes of the disease, as the chances of contracting it increase if a first-degree relative has been infected before.

What can we do

“All our dreams can come true if we have the courage to pursue them.”

(Walt Disney, the pioneering cartoon businessman and owner of the famous Walt Disney Company, died of lung cancer in 1966)

Cancer is not 100% preventable, because even if we avoided all the environmental causes of cancer, there would still be genetic causes. The cells of the body are constantly dividing as long as we are alive, and during the process of division, “transcription errors” may occur that lead to the development of cancers. These errors occur during the process of transcribing genetic material from the original cell, where some “genetic letters” are mistyped, causing either the activation of oncogenes or the deactivation of cancer-suppressor genes. A study issued by Johns Hopkins University indicates that transcription errors may be the cause of two-thirds of cancer cases in the world (13). (For more, read the Meydan report: Why have scientists not discovered a definitive cure for cancer so far?).

We must also bear in mind that the first cause of cancer is an inherent cause in humans, which is age. This inevitable factor we can’t control anyway, like a fast train without brakes. But what we can control to some extent are the other environmental causes created by humans, such as car exhaust, factories whose smoke increases the risk of leukemia, and the tar-paved land that you walk on every day and is paved in front of your eyes, and poses a risk of skin cancer if it Direct exposure to tar (14). And if skin cancer is mentioned, it is necessary to mention the hot sun, which may cause skin cancer also if you do not put a suitable sunscreen on your skin.

Malignant cancer remains a highly intertwined and complex disease, and medicine still has many years to fully understand it. There is what we cannot avoid, which is our genes that we have inherited, or the errors of transcription that we have no control over. There are things we can at least try to avoid, such as tobacco smoke, obesity, car exhaust, alcohol abuse, and infection with cancer-causing viruses. While the responsibility for addressing environmental causes lies with governments, making a few lifestyle adjustments can give you a protective advantage against this dreaded disease. Exercise, eat plenty of vegetables, protect yourself from viruses, and stop smoking immediately. 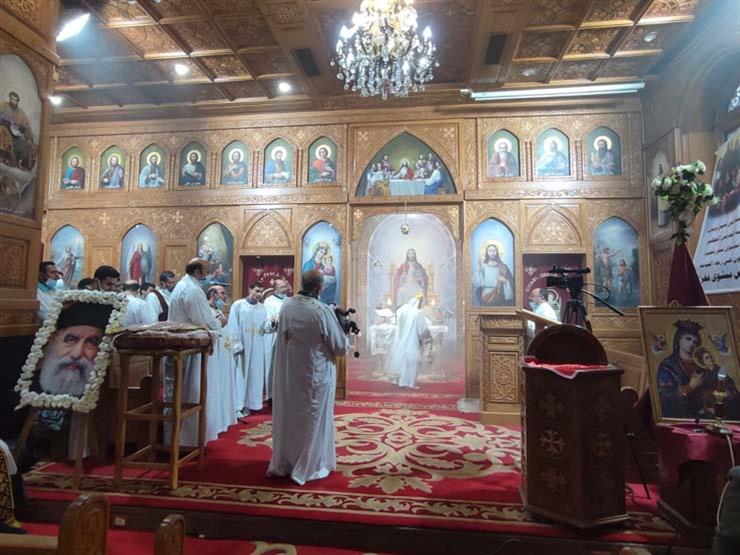