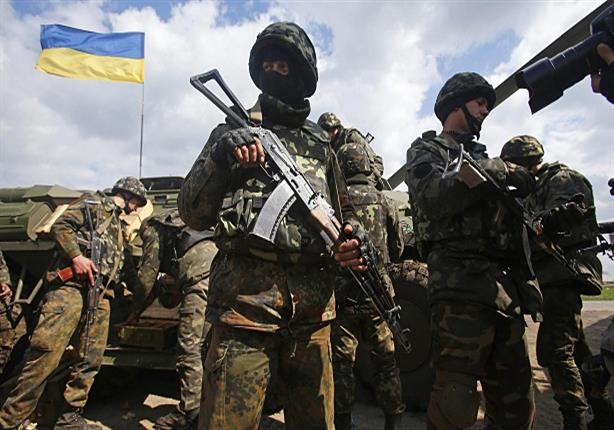 The Ukrainian military has begun a house-to-house combat exercise in the radioactively contaminated area around the former Chernobyl nuclear power plant, to prepare for a possible Russian invasion.

The Minister of the Interior, Denis Monastirsky, said Friday evening that it was the first large-scale exercise of its kind, in the restricted area. A video clip, issued by the ministry, showed the use of mortars and the advance of guards on board armored vehicles, in the deserted city of “Pripyat”, after the 1986 nuclear disaster, and is still deserted.

They also practiced rescuing the wounded and defusing mines, during the exercises.

More than 100,000 Russian soldiers have been deployed to the border area with Ukraine, and there are fears that the Kremlin is planning to invade Russia’s neighbor, one of the former Soviet republics.

Moscow denies having such intentions.

Ukraine has stated that a possible scenario is an invasion from the north, via Belarus, an ally of Russia. That route could lead to fighting in the radioactively contaminated area, around Chernobyl, with the Ukrainian capital, Kiev, just less than 70 kilometers from the exclusion zone and just over 80 kilometers from the Belarusian border.

It is noteworthy that the explosion of the fourth unit at the nuclear power plant “Chernobyl”, in April 1986, is considered the largest nuclear disaster in history.

As a result, radioactive contaminated areas, around nuclear debris, were closed. Thousands were killed and injured, and tens of thousands were forcibly resettled.

In pictures.. It is a thousand years old and 60 meters high.. Learn about the largest and oldest perennial tree in Iraqi Kurdistan