10 dead and 48,000 displaced as a result of Cyclone Patsirae in Madagascar 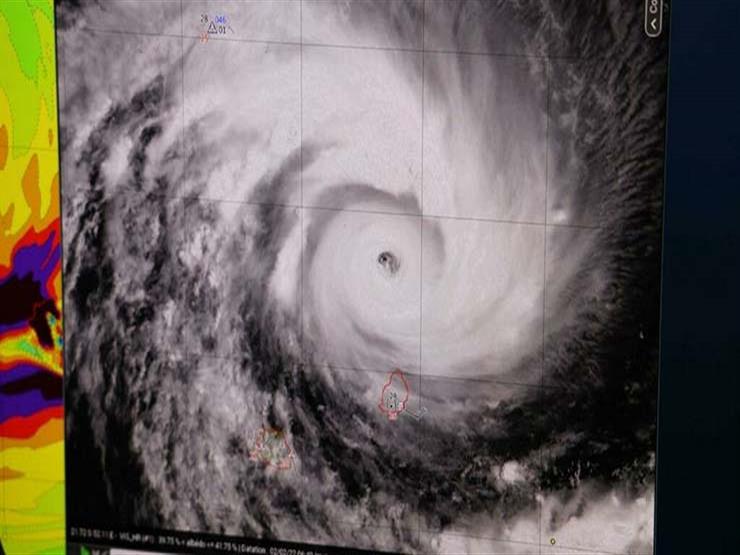 Cyclone Patsyrai killed at least 10 people and displaced about 48,000 when it hit Madagascar overnight, the disaster agency said Sunday.

Its strength later declined, but it caused extensive damage to the poor island in the Indian Ocean, which is still suffering from the effects of a tropical storm that struck at the beginning of the year and killed.

Heavy rains and strong winds blew in the Manangari district (east) before the cyclone made landfall, uprooting trees and forcing residents to take down the weak iron roofs of their homes, according to an AFP correspondent.

The Meteorological Authority of Madagascar stated that the rains will cause floods in various regions of the country.

Patsirai made landfall in Manangari on Saturday night as a “severe tropical cyclone” with winds of up to 165 km per hour, Vale Aritiana Fabian of the disaster management agency told AFP.

His colleague in charge of risk management in the authority, Paolo Emilio Raholinarivo, explained in a message to AFP the number of dead and their locations, but without revealing additional details.

However, the National Meteorological Office, which warned of “significant and extensive damage”, said Sunday that “the strength of Patissray has declined.”

The Madagascar Meteorological Center stated that the average wind speed of the cyclone was reduced by about half to 80 km per hour, while the wind intensity decreased to a maximum of 110 km per hour, compared to 235 km per hour recorded when the cyclone made landfall.

In a cemetery in the eastern seaside town of Mahanuru, Mary Vivian Raswanandrasana sat on the floor looking at the bodies of her husband, father-in-law and daughter.

The high waves eroded the sand mound that was part of the cemetery. This caused the opening of some graves and leaving some of the bodies, including those of her family, exposed.

“A few days ago the sea was far away but this morning I was informed that part of the cemetery was washed away by the waves,” the 54-year-old widow said.

“We are sad,” she said, adding, “We previously had our house damaged by the cyclone, and now that’s it.”

“Daily life is basically difficult,” she said, noting that the family will have to rebury the remains in a temporary cemetery until they collect enough money to organize a “decent funeral.”

In Manangari, the epicenter of the cyclone when it hit Madagascar, residents estimated that most of the town had been destroyed.

“Manangari is completely destroyed, wherever you go you see everything destroyed,” said one resident, Fabi. Another man, Fana, said he was certain that “approximately 95 percent of the city had been destroyed”.

In Antsirabe, 365 km northwest of Manangari, the storm uprooted trees in the town’s park.

The French Meteorological Service had previously expected that the cyclone would pose a “serious threat” to Madagascar after it passed through the islands of Mauritius and exposed the French island of Renion to heavy rains.

At least 131,000 people were affected by Cyclone Anna, which hit Madagascar in late January and killed 60 people, most of them in the capital, Antananarivo.

The World Food Program announced estimates from the local authorities that about 595,000 people may be directly affected by Cyclone Patsiri, and 150,000 may be displaced due to landslides and floods.

The storm poses a threat to about 4.4 million people in general, as announced by the International Federation of the Red Cross and Red Crescent.

Madagascar experiences a rainy season that lasts for six months and usually leads to severe damage.

In 2018, the country was hit by Hurricane Ava, which killed 51 people in January, and then Tropical Storm Elyakim, which killed 20 people, two months later.

Global warming has increased the risks of floods and tropical storms.

Parts of southern Madagascar are still recovering from their worst drought in four decades.

South African President Cyril Ramaphosa said Sunday before the African Leaders Summit in Addis Ababa that the continent “is witnessing the worst repercussions of the phenomenon associated with global warming, such as droughts, floods and cyclones.”

“Although they are not responsible for climate change, Africans are paying the price and bearing the burden,” he added.

Including Snoop Dogg and Justin Bieber .. Real estate in the world of “Metaverse” attracts the rich and famous