From Abdel Wahab to Fairouz.. Learn about the most famous music thefts

Accusations of plagiarism have been pursued by many Arab composers, starting with the generational musician, Muhammad Abdel-Wahhab, passing by the Rahbani brothers, and certainly not ending with Ehab Abdel-Wahed, so what is melodic theft? And when is a composer considered a thief of others’ creativity?

4 scales are enough to prove the accusation

According to the criterion set by the Musicians’ Association for estimating cases of theft, the theft is proven after transmitting 4 complete instruments (the mazora is the musical sentence). There is no fault in it and it is a style and tradition followed in musical creativity.

In 1966, the media, Laila Rostom, decided to allude to an old accusation chasing musician Mohamed Abdel Wahab regarding artistic thefts, in an interview she gave to him on Lebanon TV, saying, “Some allude to Abdel Wahab quoting some international tunes,” to which Abdel Wahab boldly responded, “Say violin is a theft.” Abdel Wahab for the tunes of others!

This was an explicit declaration by Abdel-Wahhab about his acceptance of the hadith in what was kept silent since the journalist Muhammad Al-Tabi’i wrote about “theft of tunes.” Abdel-Wahhab continued, explaining, “You take a musical sentence and put it in the melody is called a quotation, and according to the standard set by the Musicians’ Association for estimating cases of theft. It required the transfer of 4 complete models.

However, Abdel-Wahab also expressed his objection to this criterion, saying, “This is wrong, because the lesson is in the forefront of the hitah (musical sentence), and with its personality. It is possible that the hitah is composed of a pipe or two, but its character makes you feel that it is completely taken.” And he continued, “I did that in my beginnings, specifically In (Ward, who buys you), which I took from Beethoven, and (I love to live freedom) which I took from Russian folklore, I had to say from whom I quoted, and this was a poor move on my part (unacceptable)!”

Thefts and quotes by Abdel Wahab

In this meeting in 1966, Abdel-Wahab spoke about the quotes taken that do not amount to theft in 4 Mawazir, but he neglected to talk about the melodies that he stole in full, for example, the melody “Ya Musafer Wahdak – 1942”, which he transferred completely from the melody of the Greek song “Poso Lypamai” (Deeply sorry) by Sophia Vimbo, published in 1939.

He also did not talk about the introduction to “Jifna Alam Al Ghazal 1933,” which he transferred from the preface to the Cuban song “The Peanut Seller” (El Manisero), 1930, nor did the musician of generations apologize for stealing the melody of his song “The Lover of the Spirit,” which he transferred from a song that appeared in the movie “A Thousand Nights.” Walila, production 1945, and also the song “Ya Albi Ya Khali” composed by Abdel Halim Hafez, while adapting it from Ray Charles’ song Hit the road, Jack.

The accusations of melodic theft that included Abdel Wahab were not limited to international or Western tunes only, but some Egyptian composers leveled the same accusation against him. In an article by journalist and critic Tariq El-Shennawy published in the Egyptian newspaper “Rose El-Youssef” in 1991, “The musician Muhammad El-Mouji told me About his first meeting with Abdel Wahhab, after he listened to his first tune (Safini Marra).

Abdel-Wahab asked El-Mouji to hear some of his other tunes, so he played on the oud the song “I am writing answers for you and wait for you to respond to him.” Abdel-Wahab recommended Laila Murad to sing this melody, and after that, El-Mouji made him another melody, but Abdel-Wahab did not nominate anyone to sing it. Not more than a week after this incident, Muhammad Al-Mouji found that his melody was sung by Abdel Wahab with his voice, but in other words written by the poet Hussein Al-Sayed, and his words changed to “I love you and you remember me, and I love you and you forget me.”

Al-Mouji got angry and went to Abd al-Wahhab in protest. Abd al-Wahhab appeased him, saying, “When a father admires one of his sons’ necktie, he has the right to borrow it, and since then, Abd al-Wahhab has not heard any of his melody before he presents it to people.”

Ziad Rahbani himself did not deny that he borrowed a number of tunes that he presented to his mother, Mrs. Fairouz, including what was clearly mentioned on the cover of the album “Maarifati Faik” issued in 1984, as it was mentioned that the original tune for the song “Beirut” was taken from the piece “Concerto de Aranjuez” by the Spanish musician. Joaquin Rodrigo introduced it in 1940.

The melody of “Beirut” was not the only melody quoted by Fairuz, as she is considered the most Arab singer who sang melodies adapted from international music, either in her cooperation with the Mansour and Assi Rahbani brothers or her son Ziad, in the album “Shou Bakhaf” presented by Ziad Rahbani with Fairuz Ziad quoted a greater number of tunes.

He said about her at that time that he could not resist his desire to hear Fayrouz’s voice embracing Western melodies that he fell in love with, so he presented the melody “Bizkir Autumn”, which he borrowed from the piece “Autumn Leaves” by the French composer Joseph Kuzma, as well as the melody of the song “Shou Bekhaf”, which was adapted from a piece “Carnival Morning” by Brazilian composer Luis Bonfa.

Mrs. Fairouz also presented an Arabic version of the song “MA CABANE AU CANADA” by Lynn Reno, whose melody goes back to the French composer Loulou Gasté, in the song “Small House in Canada”. From Mozart’s Symphony No. 40, Ziad Rahbani quoted the melody of the song “Ya Anna Ya Anna” sung by Fairuz in 1972.

With Rahabna Asi and Mansour, Fayrouz quoted a group of international melodies, to reproduce them in Arabic words, including what is not difficult for the ear to discover, such as the song “You See” borrowed from the West from the tune of the American musician Nat King Cole “Maybe” (Quizás), which was also sung by the American Doris Dai in English in the song “Perhaps”.

From the East, the Rahbani brothers also quoted the song “Kanwa Ya Habibi” from the Russian folk music “Polyushko Polie,” which means “my fields,” as well as the album “Baby,” all of whose songs were based on international music, from French and Brazilian music, and even from the song “Imagine.” The famous (Imagine) of John Lennon, which came in the Arabic version “may”. 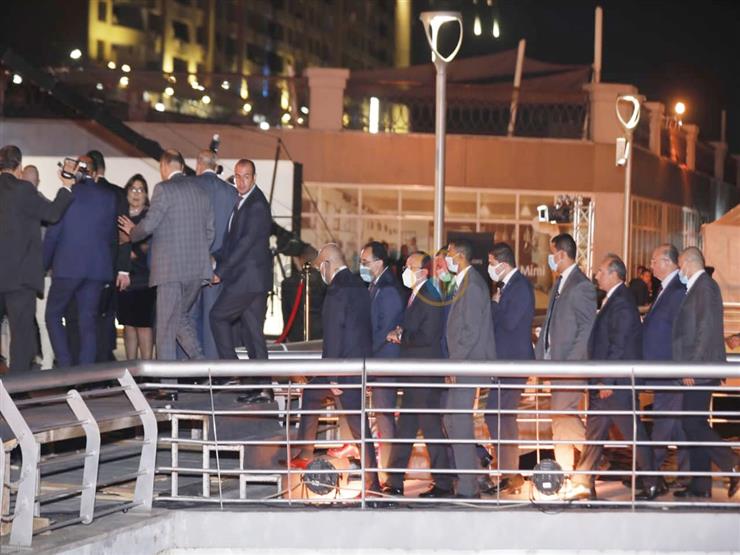 The Walk of the People of Egypt..a new promenade on the Nile for all Egyptians (photos)

Russia is testing a supersonic Zircon missile, and European leaders are meeting to deter it from invading Ukraine